It’s important to note the number of reported cases is highly reliant on how much testing is being done in each county. 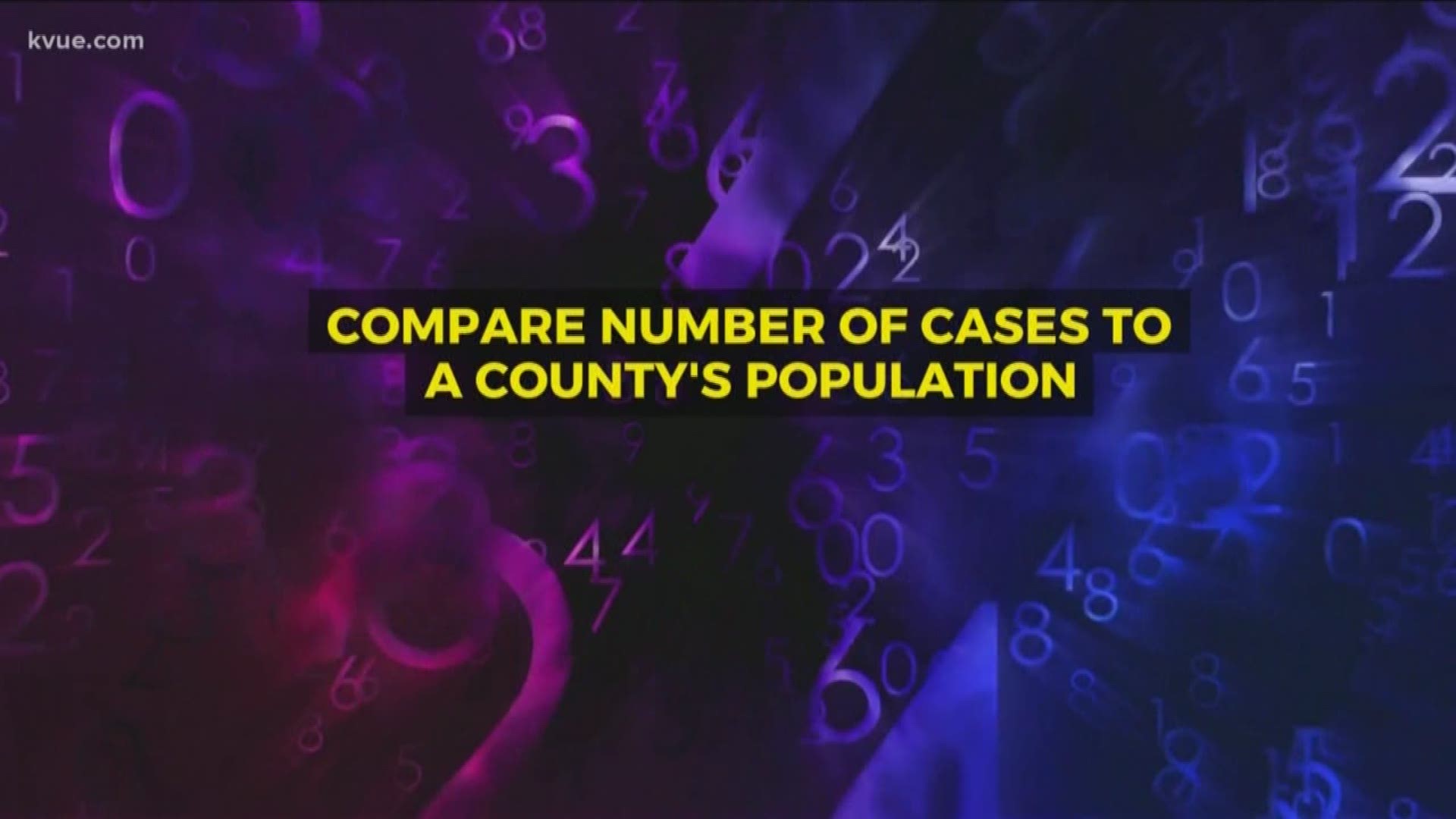 AUSTIN, Texas — It’s been said that every piece of data tells a story, and the numbers of confirmed cases of COVID-19 in Central Texas take on a different meaning when you compare them to county population data.

But look at Fayette County where La Grange is located. There it is four cases per 10,000 people.

However, it’s important to note the number of reported cases is highly reliant on how much testing is being done in each county, a number that’s hard to come by so far.

Which counties had the fewest number of cases based on population? Caldwell (.46), Burnet (.62), Gillespie (.74) and Bastrop counties (.79). Mason County had no cases reported.

Remember, this is just a snapshot as of Friday evening, April 3. Those numbers will change in the days and weeks to come.