Gov. Kemp says it is necessary, while critics say it is far too soon to re-open the state. 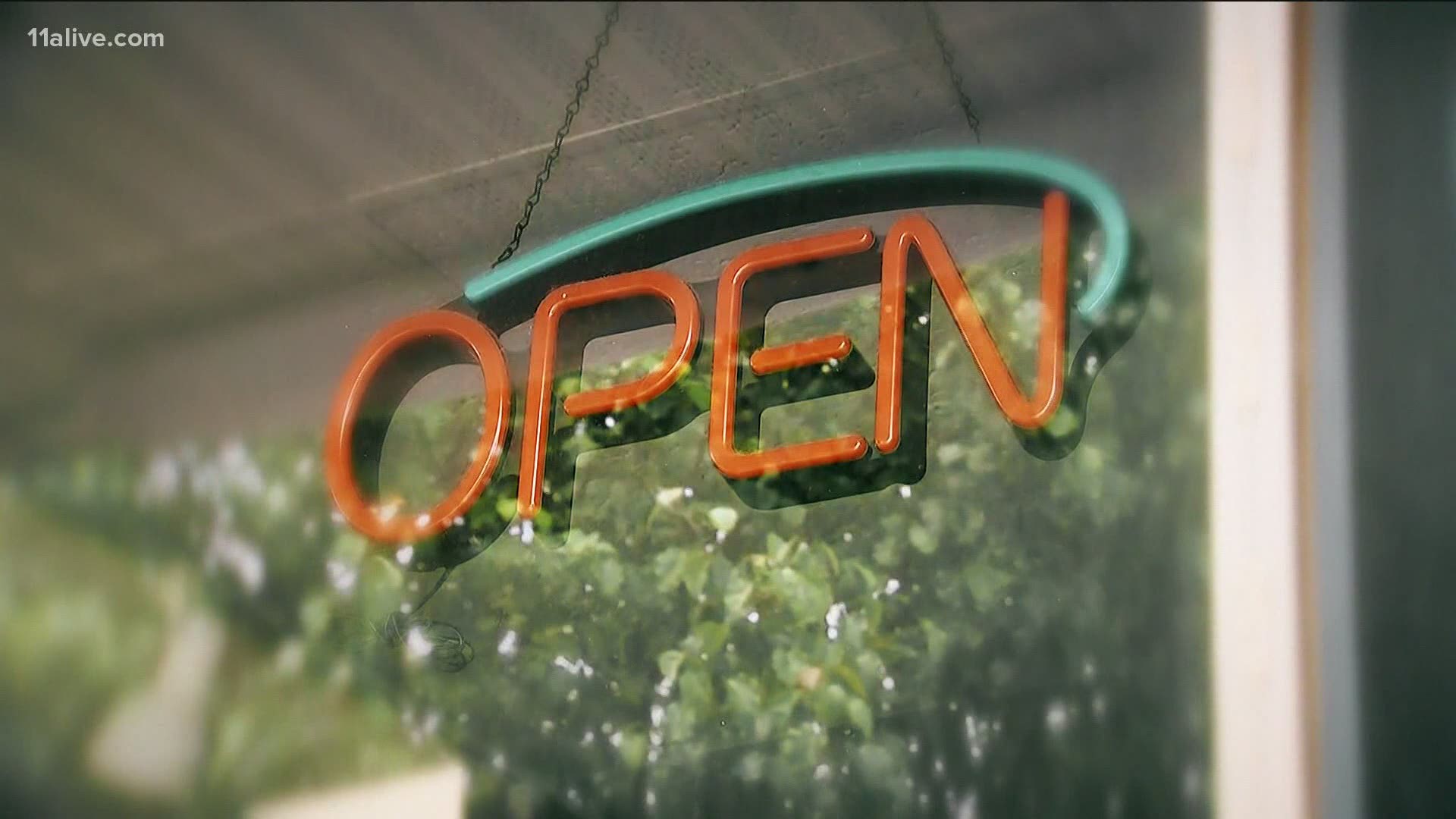 ATLANTA — Georgia's stay-at-home order expired late Thursday night for most, but it remains in place for some.

Here's who must still shelter in place until June 12:

Gov. Brian Kemp says the data supports letting the stay-at-home order expire for most Georgians, but some believe it is too soon to loosen restrictions.

"We knew this wouldn't be over in June," Kemp said. "But we also know we've got to prepare for this to come back in the fall and continue to do that, quite honestly, until there is a vaccine or some sort of medical treatment."

"Lives will be lost," said State Rep. William Boddie of the Democratic Party of Georgia. "And also the economy of the state of Georgia may not be able to rebound from having another outbreak."

The public health state of emergency remains in place through June 12 -- in which Gov. Kemp says empowers him to continue expanding hospital capacity and testing capacity and contact tracing.

Atlanta Mayor Keisha Lance Bottoms has been one of the most vocal critics of Kemp's decision to reopen some businesses.

In an interview on MSNBC Thursday night, Bottoms said she was dumbfounded that Georgia was one of the last states to close, but the first to reopen.

"The governor has said this is about the economy," Bottoms said. "Unfortunately the people who will be the test case for whether we've gotten it right will be those who can least afford to be sick and more likely to die."

Bottoms penned an op-ed that appeared in The Atlantic on Thursday.

She told 11Alive News that she spoke with the governor hours before he decided not to extend the stay-at-home order, though she said she did not have any input or influence on Kemp's decision.

Bottoms has been very vocal about her concerns. When asked during Thursday night's MSNBC interview if she had been consulted last week before Kemp made the decision to reopen some Georgia businesses, she said that she was not.

She also said that it was a decision that left her "perplexed."

Bottoms added that realistically, people across the state will likely go back to work because they need the money and "our economy is suffering."

She said that while she does not have the legal authority to supersede the order, she still does have a voice, and she is using it to urge people to remain at home.

11Alive is focusing our news coverage on the facts and not the fear around the virus.  We want to keep you informed about the latest developments while ensuring that we deliver confirmed, factual information.

Atlanta area Simon Malls not reopening until Monday, May 4