Earlier this month, it was revealed that around 50 people, including residents and staff, at the Trinity Care Center had tested positive for the virus. 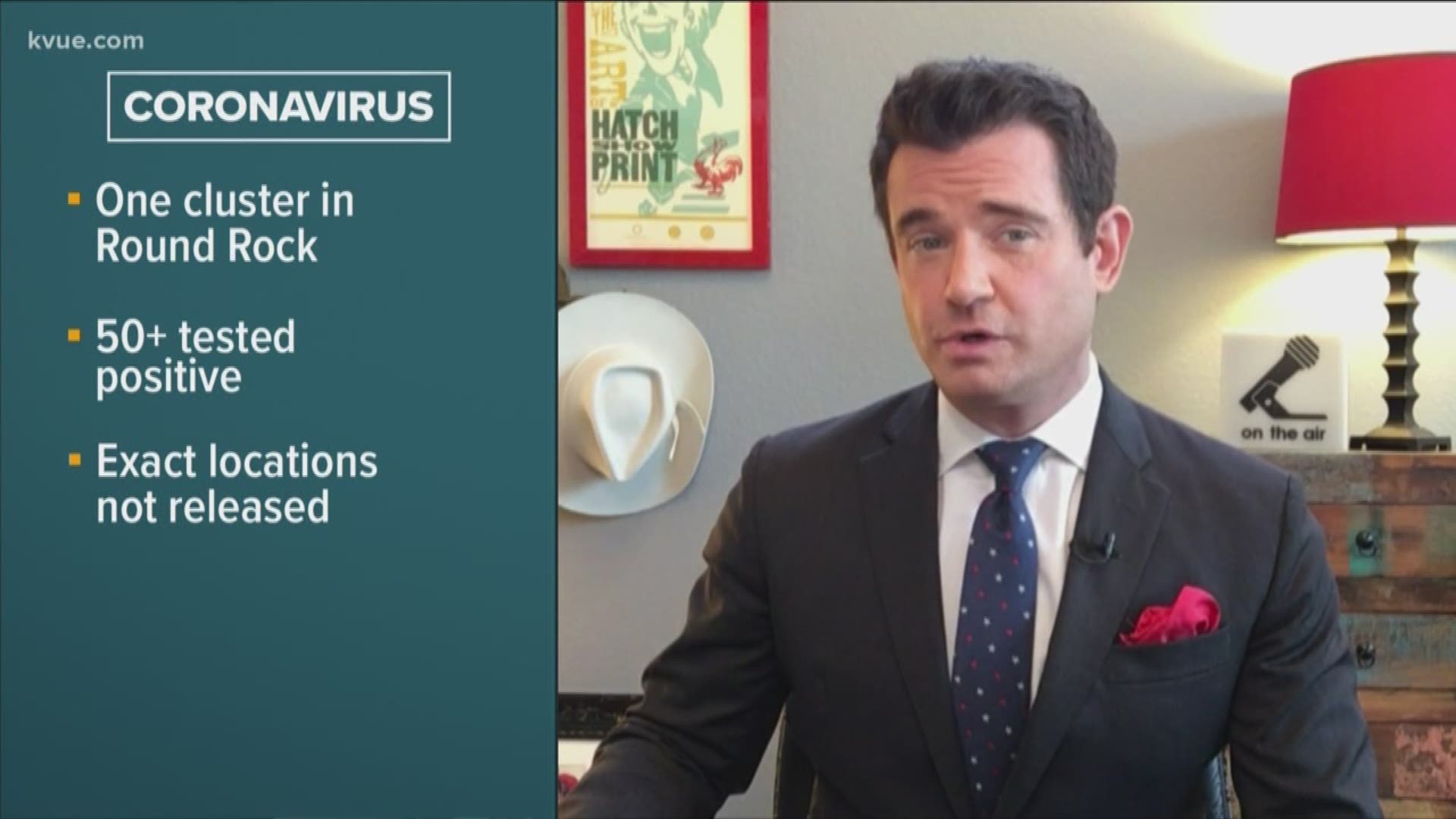 WILLIAMSON COUNTY, Texas — On Tuesday, Williamson County announced it is investigating a second cluster of COVID-19 cases at a local nursing home, following the confirmation of a cluster at a facility in Round Rock.

Earlier this month, it was revealed that around 50 people, including residents and staff, at the Trinity Care Center had tested positive for the virus.

Williamson County Judge Bill Gravell said a paramedic who helped raise the alarm about the cluster is a “hero” who potentially helped save lives. The county has now tested every resident and staff member at the facility, he said.

RELATED: 'We have to do better': 1 nursing home has more than 35 residents with COVID-19, Austin leaders say after updating orders

Gravell did not reveal much information about the county’s second nursing home cluster, but said health officials are investigating and working to protect residents and employees at the facility.

Gravell said four new testing locations will open in Williamson County on Thursday, after the Commissioners Court signed an agreement with a private provider. He said the county will have an online portal available for residents who wish to get tested.

The county has so far conducted around 3,800 tests countywide and has around 5,500 test kits in its possession. Gravell said the county is aiming to provide around 6,000 tests per week and is “moving in that direction.”

“The federal government has decided that the local governments are the most knowledgeable and best prepared to decide how to disperse this money. This is a large amount of money; however I would much rather that local officials make the decision on how to use this money than to leave that decision to Washington,” said Gravell.

The county judge supports Gov. Greg Abbott’s order for a phased reopening of Texas businesses, but said he will remain cautious about visiting restaurants, retail stores and movie theaters when they reopen in limited capacity on Friday. Gravell urged residents to support local businesses while continuing to practice social distancing and protective measures such as wearing a mask in public.

“I’ve seen the worst side of this and I think I’d be cautious,” he said.