Flu season is among us, and it's an even bigger threat than the Coronavirus 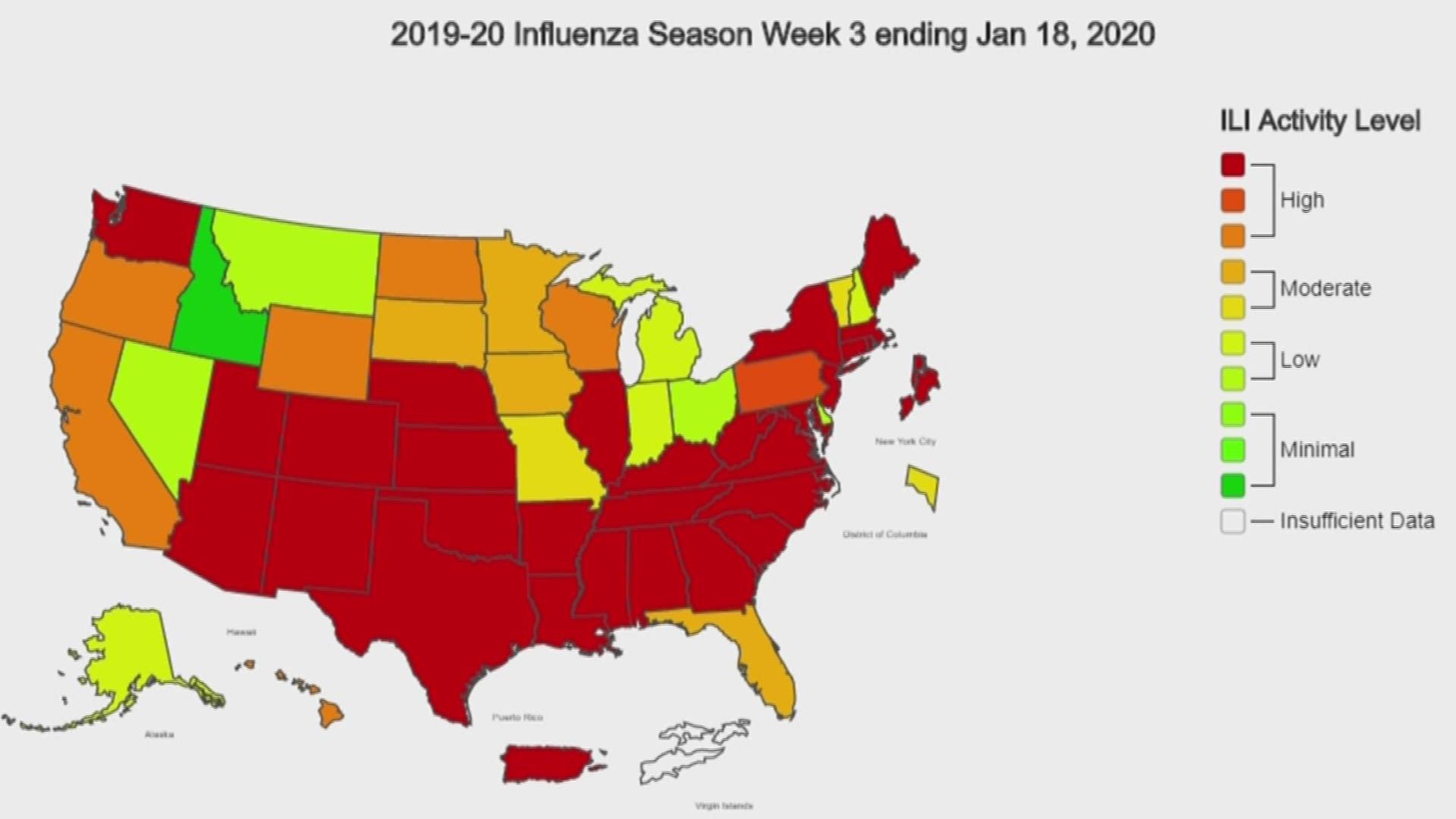 COLLEGE STATION, Texas — The talk of the town has been about the Coronavirus, but one thing that’s commonly overlooked and has hit Texas hard over the last year is the flu.

According to the CDC, there has been an estimated eight to twenty thousand deaths due to the flu between October 2019 and this month. 15 to 21 million people are estimated to have the flu.

“If you look on the CDC website the whole south part of the United States are all red which indicates a high presence of flu within the United States. And it’s challenging because flu spreads super easily, so coughing and sneezing or touching other surfaces that people have been touching if they were sick or carrying the virus, just passes on the virus from person to person to person,” said CHI St. Joseph Emergency Department Director Kristen Christian.

Dr. Christian says we are now in the peak season of the flu and it is readily infectious.

“The world is just a tactile place, people have things in their hands all the time, and they’re touching stuff and so transmission is super easy. There’s a lot of touching things that other people have touched,” said Christian.

Increased amounts of traveling may also be another reason as to a spike in the number of flu deaths, and it is important to take precautions for ourselves and the people around us.

Masks and flu shots are methods to prevent the flu from spreading.

“Droplets tend to go a far distance when you sneeze or when you cough and so if you’re sneezing and coughing, that mask contains whatever potential infectious agent you could be spreading to others even if it’s not the flu. The flu shot is important. There’s lots of myths.  It helps reduce the incidences of flu and kind of lessen the severity of the flu, and it also protects those around you, the fear of reducing the severity, and preventing yourself from getting flu.”

Doctor Chrisitan says the number one way of stopping the spread of the flu is by washing your hands and covering your mouth when you sneeze or cough.

She advises that if you are running a fever, you can return back to school or work 24 hours after.