Dr. Smith still doesn't know where or how he got the virus. His family considers him a germaphobe. 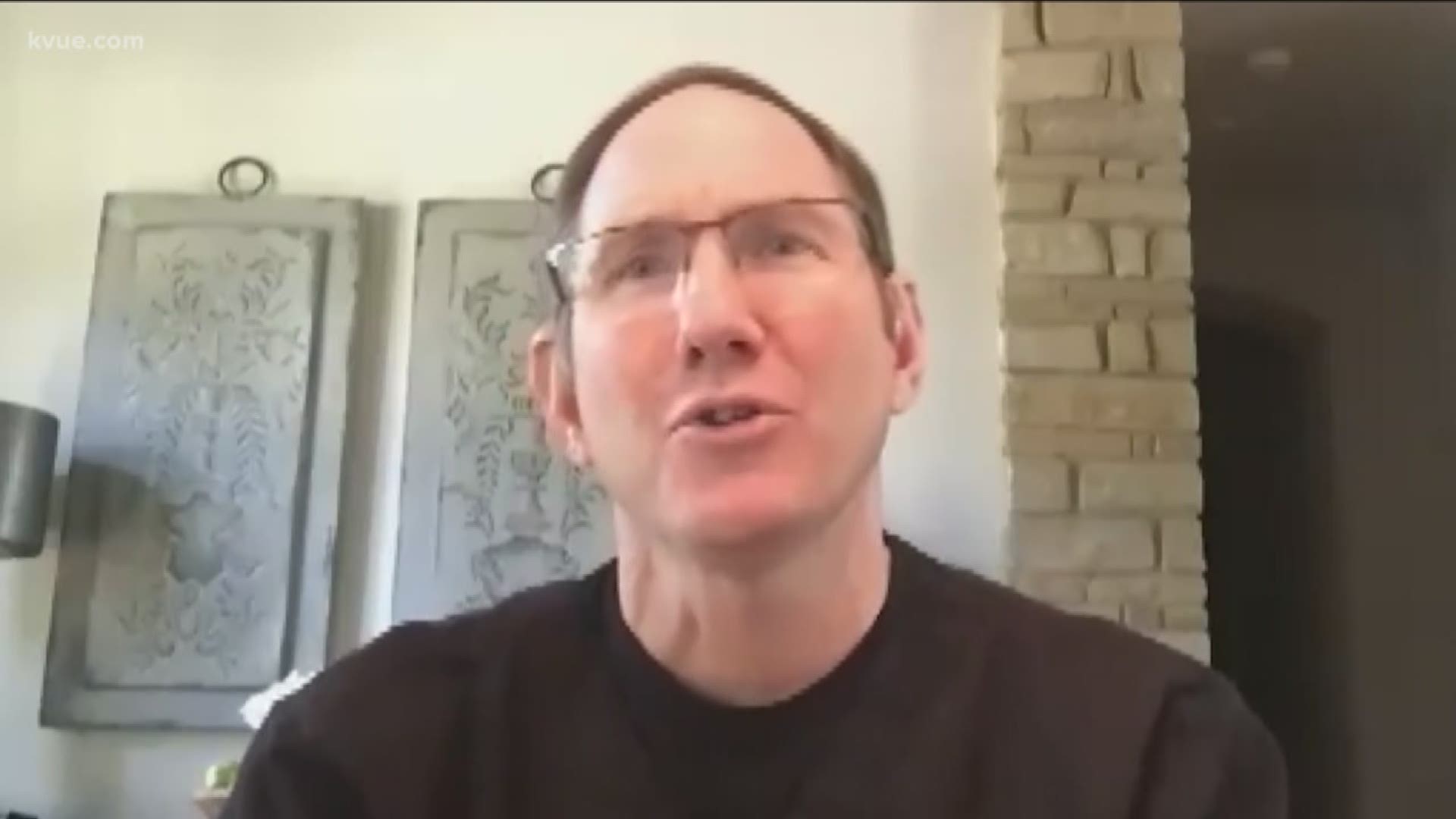 AUSTIN, Texas — An Austin doctor said COVID-19 almost killed him, and now he's warning others to take the disease seriously.

"It was very subtle. It started with a little bit of a headache. I really didn't think much of it. There's all that cedar pollen," Dr. Smith said. "Saturday, I felt worse. A little bit more like a cold or flu. Sunday, I felt like a truck hit me. That's when I got tested, and then it came back positive on Monday."

He said he isolated himself at home for at least seven days, but his symptoms, like high fever and abdominal pain worsened, so he sought help at a Georgetown hospital.

"I knew that if I got much worse, I wasn't going to be able to transfer," he said.

He spent nearly five days there, where he said he continued to receive supportive care, like oxygen and fluids. At one point, however, his condition worsened, and he spent a night in the ICU.

"I was watching my blood. My oxygen saturation just got lower, lower. And I thought, you know, 'This is not looking so great,'" Dr. Smith said.

RELATED: 'It really woke me up to the seriousness of this': 23-year-old shares COVID-19 recovery story

He recalled struggling to breathe at one point. But thankfully, he recovered, and doctors released him a little more than a week ago.

Dr. Smith still doesn't know where or how he got the virus. His family considers him a germaphobe.

"I was somewhat amazed that I got this. I have no idea how I got it because I wash my hands. I wore masks when I was around people. I tried to distance from people at my office," he said.

He wants people, especially those with underlying conditions, to take the illness seriously.

"Every day is a gift. You know, when this happened to me, I went 15 days without seeing my wife or my children. And I just think people need to respect this illness," Dr. Smith said. "I'm very healthy, have no medical problems, and it almost killed me."

Dr. Smith said he returned to work on Tuesday, nine days after being released from the hospital.