'God made her just for me': Navy veteran donates kidney to wife, strengthening bond of love

“He was like, 'Boom, congratulations! I’m your donor,'” Brandy Allen said of her husband LeVar. 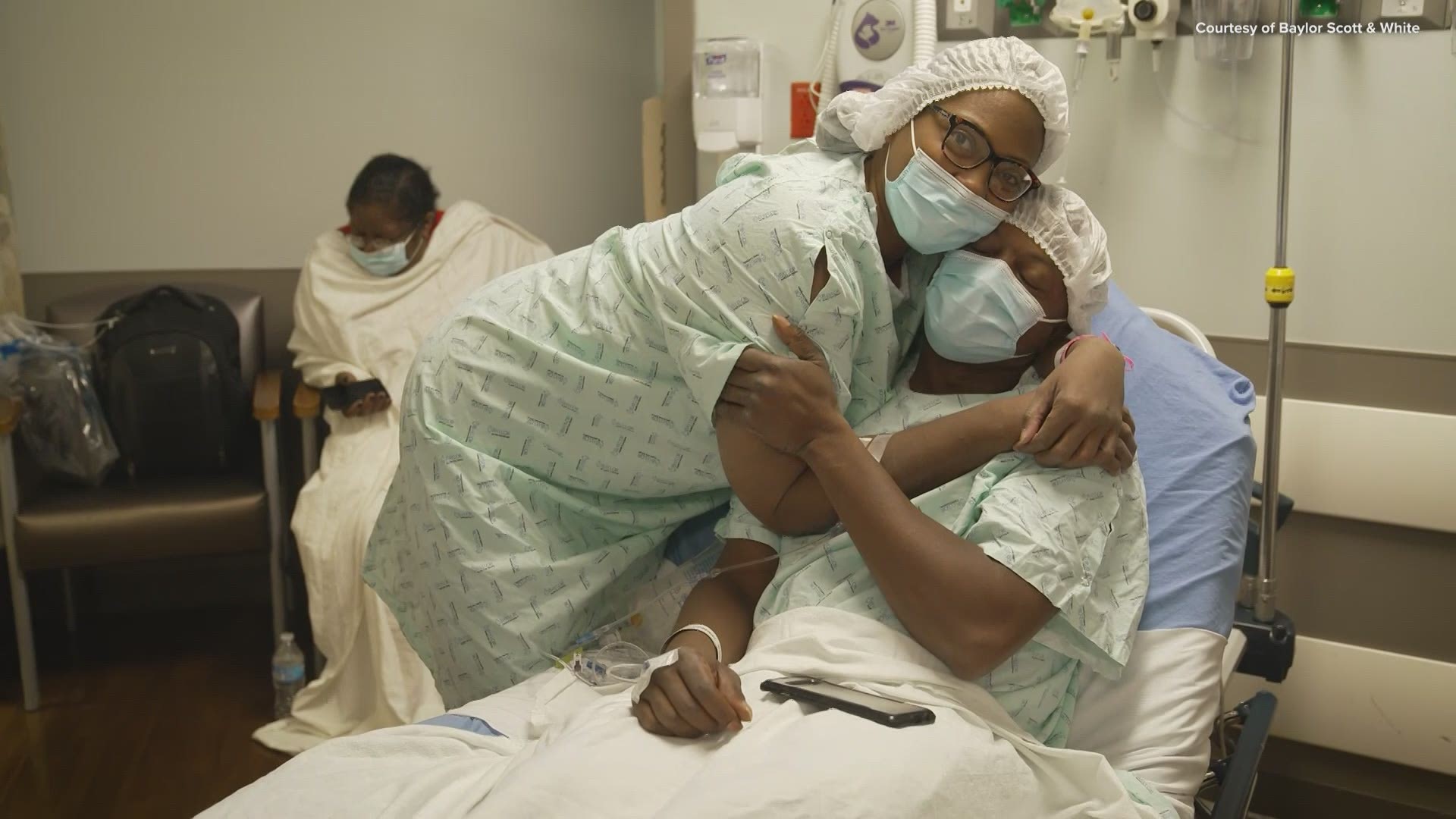 DALLAS — The coronavirus pandemic has tested many relationships over the past year — especially for some married couples who spoke the words "through sickness and in health" as part of their vows.

“I feel like this is my soulmate,” Brandy Allen said as she sat next to her husband LeVar in their temporary apartment in Dallas.

“God made her just for me,” LeVar Allen replied.

The couple's story is a love story of a Navy veteran and hard-working wife whose relationship was tested during the pandemic. Brandy discovered she tested positive for COVID-19 in April 2020. The couple learned four days after the initial diagnosis Brandy’s illness advanced to include kidney failure.

“I was afraid,” Brandy recalled.

The couple spent months traveling between their home in Shreveport, Louisiana to Baylor University Medical Center in Dallas for dialysis and treatments.

“Seeing her, and me not knowing and not being able to help her, it was actually hurting me,” LeVar remembered.

The husband decided to do something more. Months ago, LeVar Allen secretly began testing to see if he could be an organ donor match for his wife. Brandy was already on a waiting list for a kidney.

“When God brings someone to you, and they are perfect for you, He ain’t just going to take them away from you,” LeVar said.

RELATED: 'Time waits for no one': On dialysis for 15 years, North Texas man waiting for kidney transplant

After a series of tests, the veteran surprised his loving wife with some news.

“He was like, 'Boom, congratulations! I’m your donor,'” Brandy said.

The Allens prepared for, and completed, kidney transplant surgery at Baylor Medical Center earlier this month.

Doctors say it is rare a husband and wife find themselves as living donor matches for organs.

“The majority of patients with kidney disease wait on the list for years and years. The ones who are lucky enough to have a potential living donor, like Brandy, are able to get off of that list way sooner,” Wall explained.

As for the Allens, they are now focusing on getting back to a normal routine.

“I could tell we are closer now,” Brandy said.

RELATED: Kidney donor offers the gift of life and saves her own life at the same time

As the couple recovers in Dallas, their connection is growing even stronger. They’re planning their next series of trips. That includes another vacation to France for the anniversary of their kidney transplant.

“This little hurdle is something that could prolong her life to be with me,” Levar Allen said.