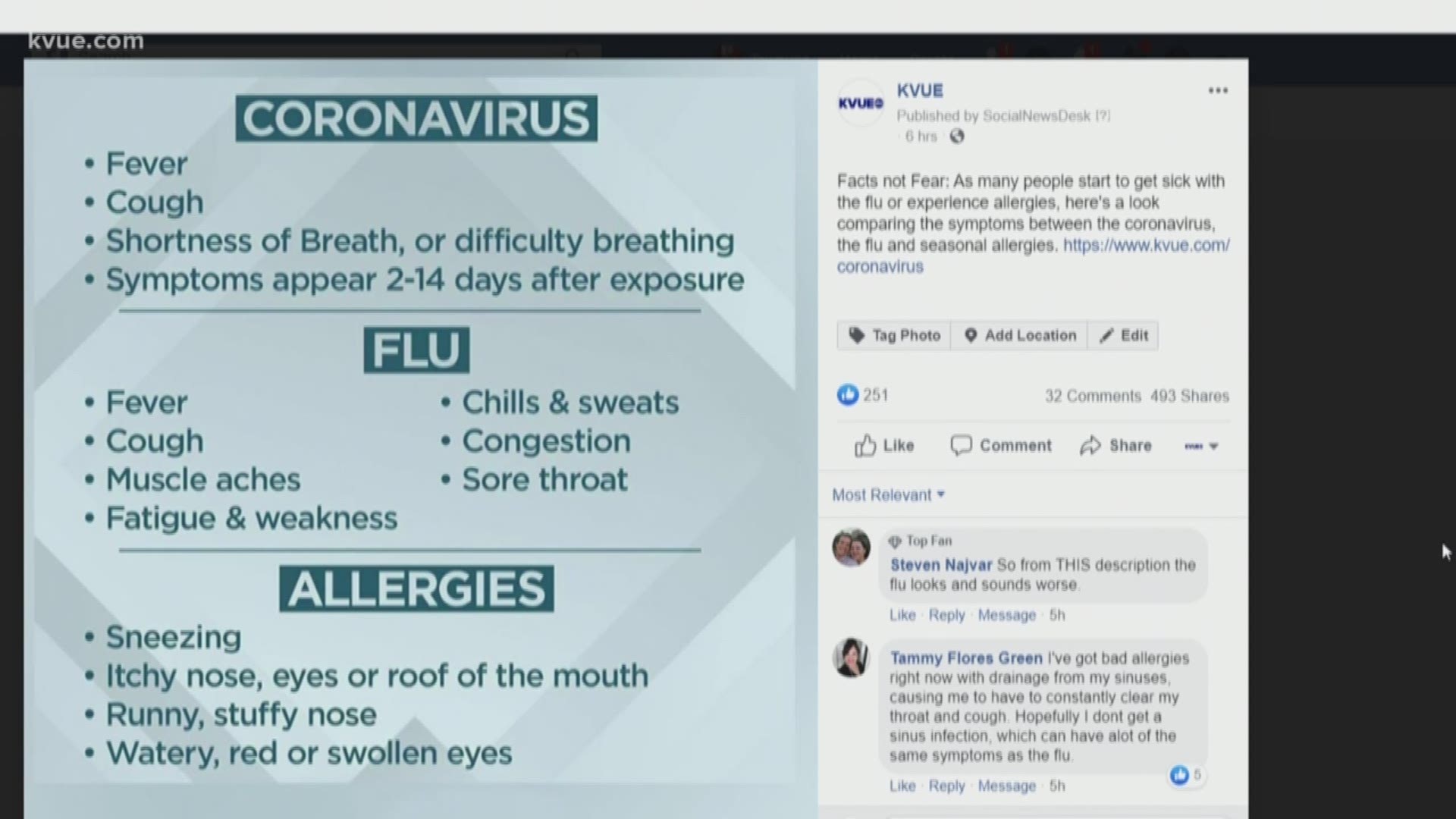 AUSTIN, Texas — With news the release dates for "A Quiet Place II" and "Fast and Furious 9" have been postponed, movie theaters have closed down amid the spread of the coronavirus and many new releases are being provided via streaming.

There are currently 17 confirmed cases of COVID-19 in the Austin area, according to Austin Public Health. The City on Tuesday restricted gatherings to no more than 10 people.

Alama Drafthouse Cinema, which has six theaters in the Austin area, has closed all its theaters until further notice, according to its website.

Regal announced Monday it will be closing all its theater locations starting Tuesday, March 17, 202, as a precaution amid the coronavirus outbreak.

All theaters will remain closed until further notice, according to a release from Regal.

"Any time, at any Regal, it's our goal to provide a safe and healthy environment for our employees and guests," stated Mooky Greidinger, Cineworld CEO. "At this time, we have made the difficult decision to close our theatres. We value our movie-loving customers and have no doubt we will be serving them again as soon as possible with a full slate of Hollywood blockbusters. The Cineworld Group and Regal Theatres are strong, standing on solid ground and our continued goal is to be The Best Place to Watch a Movie!"

Regal said it will continue to update the status of all theaters on its mobile app and online at REGmovies.com.

AMC also announced on Twitter on Tuesday it would be closing all its theaters for at least six to 12 weeks.

"In compliance with local, state, and federal #COVID19 directives, all #AMCTheatres locations are now closed for at least 6-12 weeks. AMC Stubs A-List memberships will be paused automatically during the time AMC theatres are closed," it said.

Austin Film Society announced its cinema and public campus will be closed starting on Tuesday.

"For refunds, anyone who has purchased a ticket for an upcoming screening at the cinema may visit the AFS website for refund options," AFS said in a statement. "AFS Members’ benefits will be on hold until the cinema reopens and will be extended to make up for the period of closure."

Cinemark Theaters on Monday said it was taking extra precautions amid the virus outbreak, including elevated sanitizing, cutting capacity and employee guidance. It will begin closing locations on March 18.