"I do not want to take any unnecessary changes with the health of our students, faculty and staff," Chancellor John Sharp said. 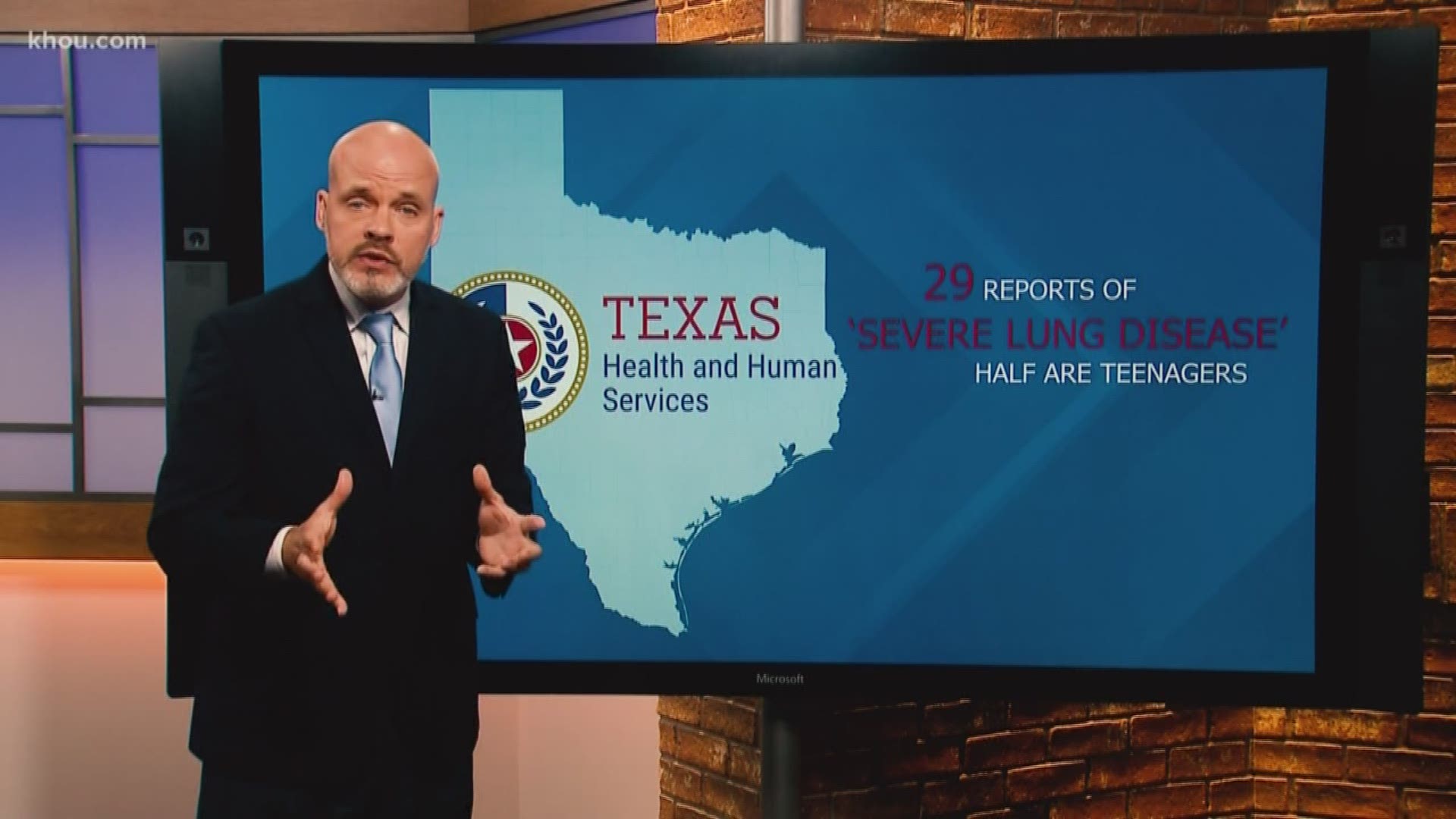 COLLEGE STATION, Texas — Editor's note: The video above is on an earlier story about vaping cases in Houston.

Chancellor John Sharp cited a recent CDC report that said 800 cases of lung-related illnesses and 13 deaths in the U.S. have been linked to vaping.

"I do not want to take any unnecessary changes with the health of our students, faculty and staff," Sharp said in a memorandum.

RELATED: US vaping illness count jumps to 805, deaths rise to 13

RELATED: CDC: Most people who got sick vaped THC from marijuana

Last month, Texas public health officials said they were investigating 29 reports across the state of what they describe as “severe lung disease” in people using e-cigarettes.

Half of those cases are under the age of 20 and 76% are male, according to Texas Department of State Health Services spokesperson Chris Van Duesen. They range in age from 16 to 39 years old.

At least three cases of vaping-related illnesses have been reported in Houston.

Sharp wants the ban instituted as soon as possible in every building, outside space, parking lot, garage and laboratory.

He also called for the end of e-cigarette products or vaping paraphernalia in the TAMU System.

Smoking is already banned in most places in the Texas A&M System.