How Houston, the US are demanding justice for Vanessa Guillen

LULAC wants an independent agency created to address claims of military sexual harassment, and they want it to be led by a woman. 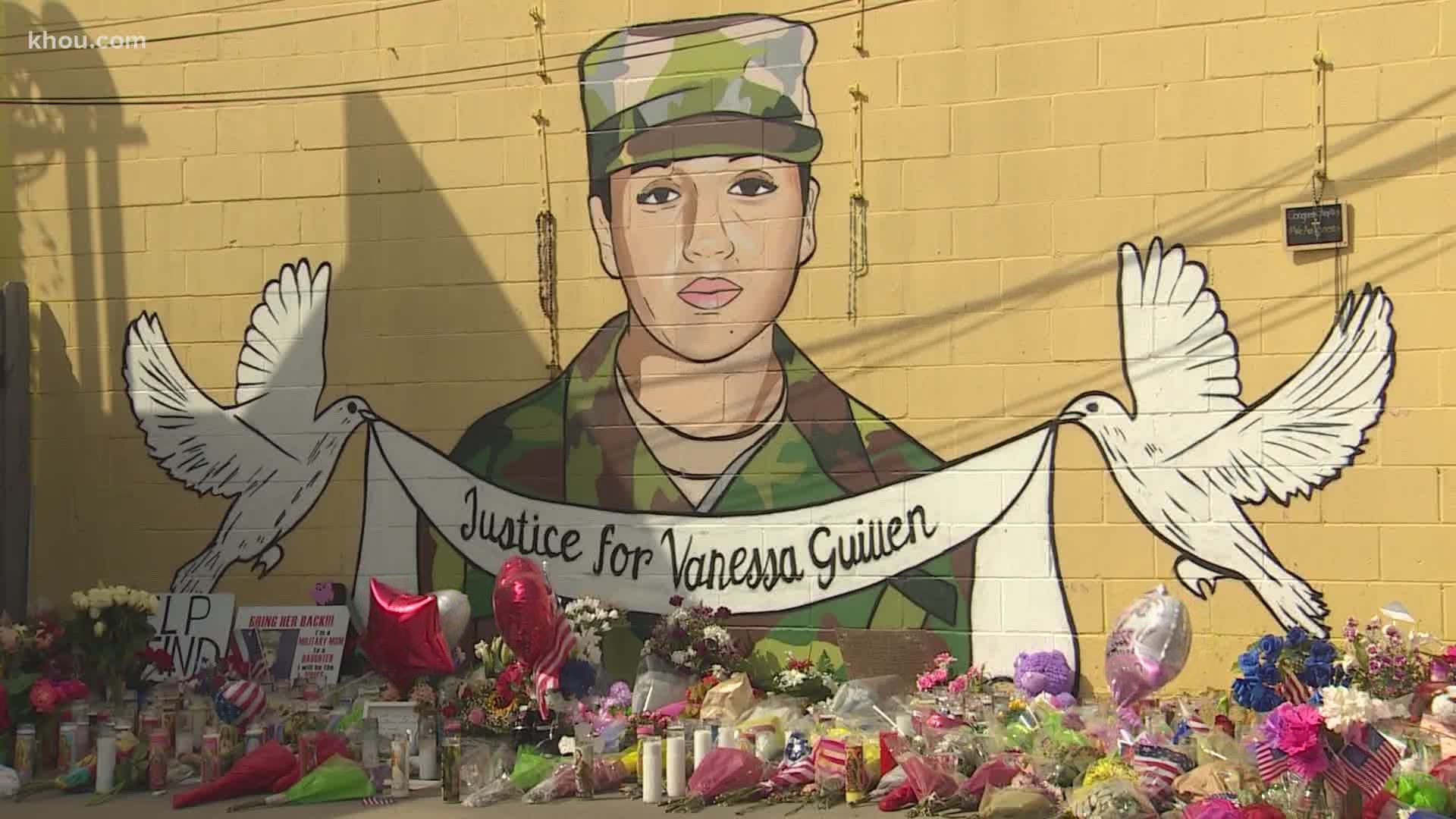 HOUSTON — Hundreds of people gathered for a vigil in Killeen, calling for a change in leadership at Fort Hood.

Meantime, in Houston, there's a growing memorial for Army Specialist Vanessa Guillen, 20, who was murdered.

The artist Donkeeboy, who put up a mural of Guillen outside Taquieria De Sol in south Houston, is now calling on other artists to join in.

“He actually called me today and he mentioned to me about his movement," said Fernando Aragon, known as Noke.

He's now planning his own Guillen mural, but her story is also getting attention outside of Houston. The national organization LULAC is calling for a change.

“This happened under the watch of a command that has lost the confidence of our community," said David Cruz, LULAC communications director.

RELATED: Disturbing details reveal what happened to Vanessa Guillen the night she disappeared from Fort Hood

LULAC plans to meet with the Secretary of the Army. They want an independent agency created to address claims of military sexual harassment, and they want it to be led by a woman.

“It’s the right thing to do, that there be some kind of answer as to how Vanessa’s death is going to change the institution, it can not continue the way it is," Cruz said.

Around 20 percent of active duty women are Hispanic.

Even though the Army has said there is no evidence Guillen was harassed, her family still maintains before she disappeared she told them she was.

However, regardless of who you believe, Guillen’s murals are now on display for all of Houston. For a community to remember a 20-year-old woman who was killed on the base where she went to serve.

“I felt like it was a need to do," Noke said. "For justice to get served.”

There’s still no motive released. No connection we know about between Guillen and her killer. We could learn more next week when his girlfriend, whose arrested goes before a judge.