Restaurant dining rooms and bars in Austin have been closed since mid-March and many have been doing anything they can to stay in business. 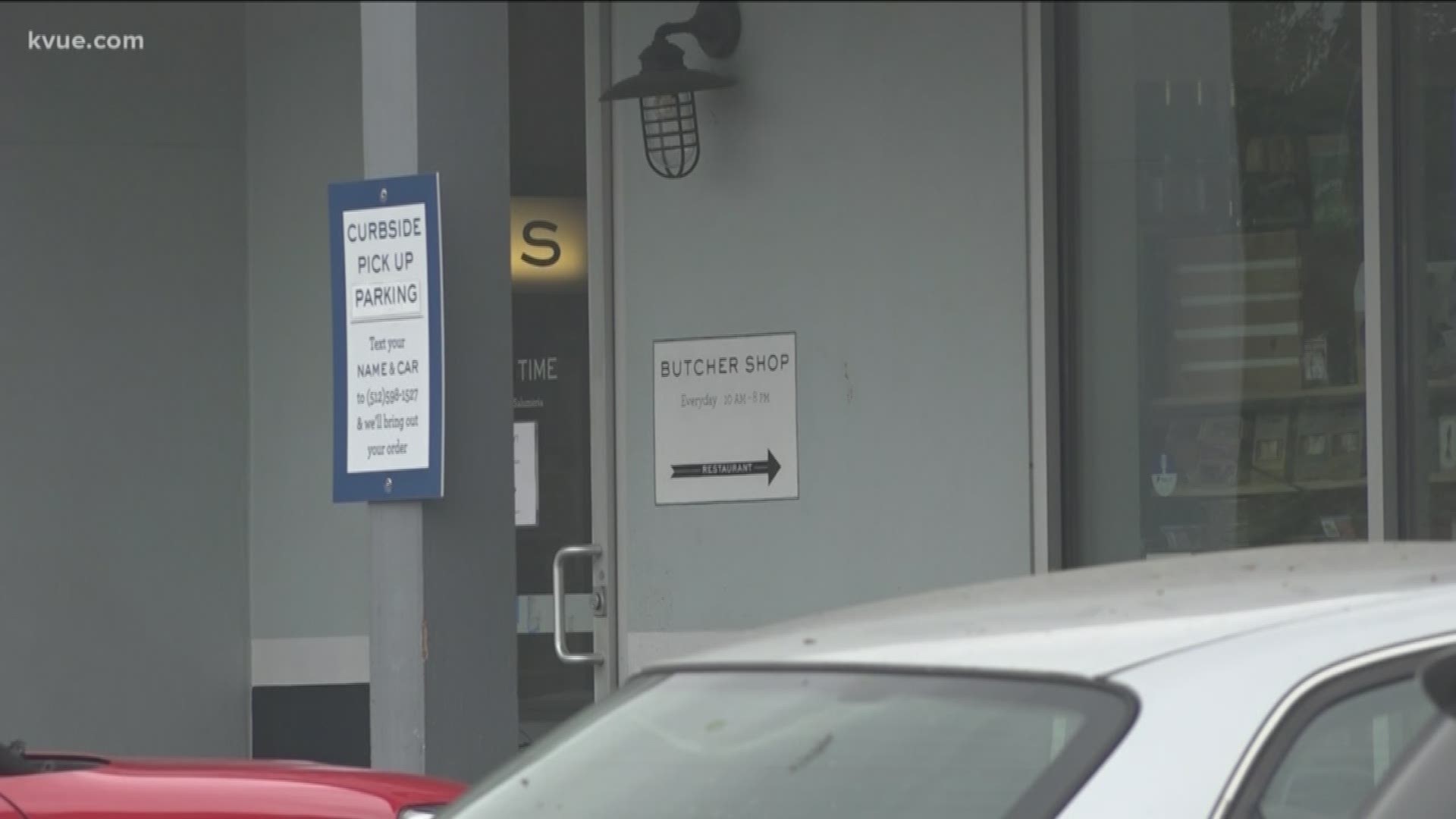 AUSTIN, Texas — It was March 17 when Austin Mayor Steve Adler announced that all Austin bars and restaurant dining rooms must close in order to prevent the spread of coronavirus.

For restaurants, they can still do delivery, takeout or drive-thru, which many have been trying to adapt to, even if they didn't have it before.

Salt & Time in East Austin is unique because it has half a grocery market and half a restaurant. After the orders were announced, they closed up their restaurant but were able to stay afloat through their grocery market section.

“We’ve always been pretty much 50/50 – so half of our business was people coming to buy meat to take home and cook and then the other half was people dining in," said Ben Runkle, the owner. "But something we were pretty well-positioned to do. so we’ve actually seen a huge increase in the number of people coming in and different business model coming in."

Runkle believes the newly implemented curbside takeout has worked, and even with social distancing practices in place, their grocery market has seen some success.

"We have social distancing policies in place, 6-foot zones taped out. We also ask every customer that comes in to use hand sanitizer and new fresh gloves," said Runkle. "What used to be our bar are now our shelves and counters."

Across town, you can find Nightcap, a place known for date nights or simply grabbing a drink in a cozy atmosphere.

They've switched to delivery or curbside pick-up only and have been trying to stay afloat.

"It's hard," said owner Christin Rowan. "We're going to make it, 'We'll figure it out,' but you know we still have to pay rent ... We’ve had to get pretty creative with just about anything and everything from the operational side."

'This is our time to step up.' Austin-area pizzeria is baking hundreds of pizzas for doctors, nurses and first responders

Rowan described the situation like starting up a new business.

"We’ve had to totally pivot our restaurant," said Rowan. "We’ve never really been huge proponents of takeout or delivery but we’re doing it all now."

"I feel for so many people that aren’t able to even operate right now. And it’s not just the restaurant industry," said Rowan.

If you drive down to Rainey Street, you'll see that it's the same situation.

"This has been so devastating," said Sidney Roberts, who owns G'Raj Mahal. "Learning day by day to survive and collaborate as much as possible."

Roberts said it's been tough, but they're trying to be creative with how they operate, starting with closing off the entryways and leaving their podium outside.

"[It's] so that we could have virtually no contact with people, but the interaction would be through people’s phones and putting it on the fence so they can just come and pick it up," said Roberts. "One of the things that I implemented was a 6-foot marker so that when you show up, each person has a 6-foot mark so that they when they get in line there’s a distance."

She said, for now, they'll hang tight and continue to do their best through pick-up or delivery.

"It’s been brutal, utterly brutal, and I completely understand why other places have just shut their doors entirely. I don’t blame them at all," said Roberts.