How to avoid roofing scams

Surviving the hail storm is one thing, but surviving the onslaught of roofers who storm the neighborhood in the storm's wake is something else entirely. 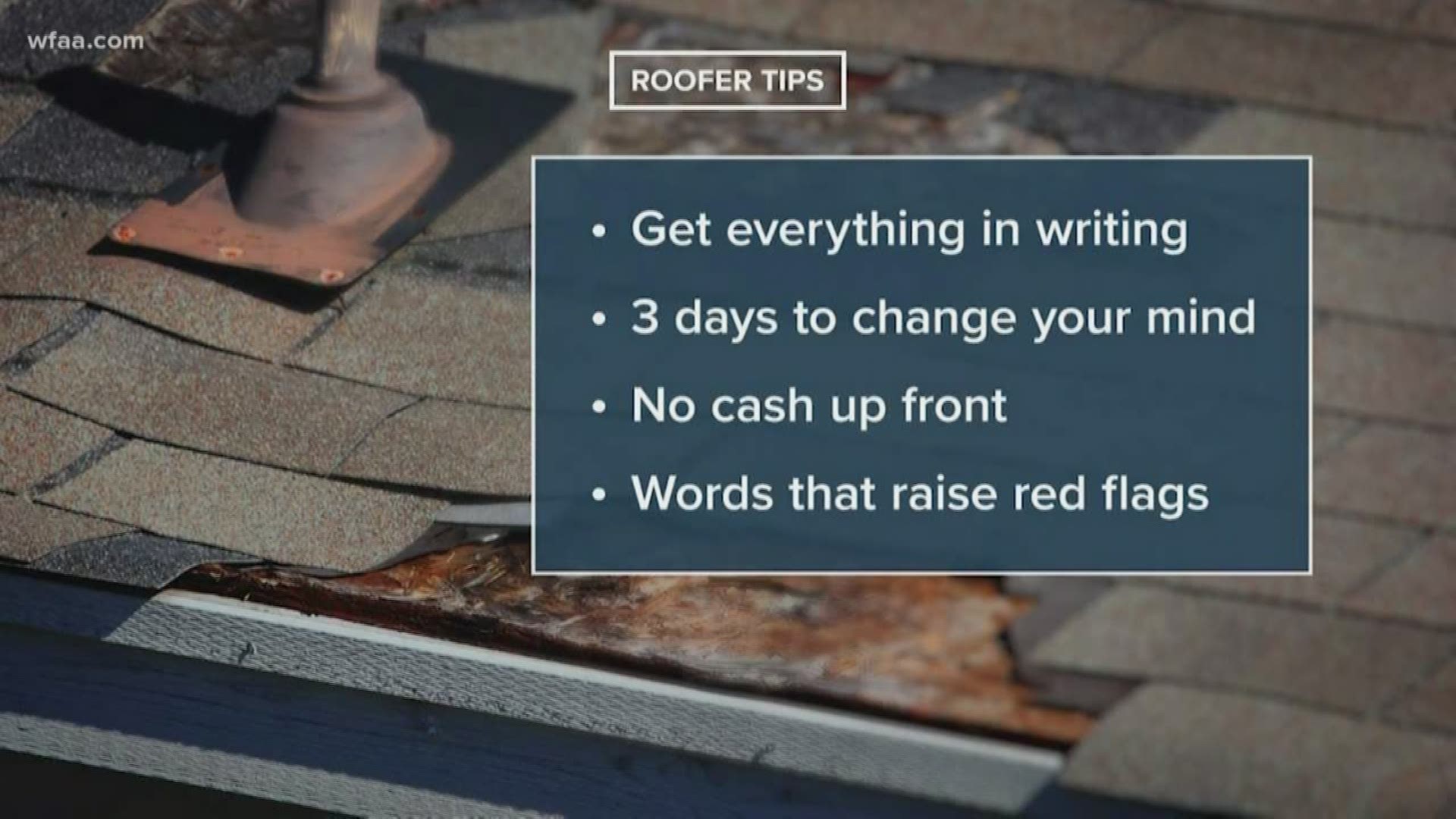 COLLIN COUNTY, Texas — Surviving the hail storm is one thing, but surviving the onslaught of roofers who storm the neighborhood in the storm's wake is something else entirely.

"You're in the hail belt here, you're in the tornado alley here," said Mark Hanna of the Insurance Council of Texas. Hanna spent some time Monday with Chris Pilcic of State Farm to add up the amount of insured damage Sunday's storm created.

The Better Business Bureau warns people from doing business with roofers because it leaves people susceptible to scams. The real concern is the fly-by-night businesses who have no connection to DFW outside of the storm.

"They circle the neighborhood as soon as the hail stops dropping. We recommend stay away from them," Hanna said.

With the help of the BBB and Allen Police, WFAA compiled the following list of tips to avoid roof scams:

1. Do not commit to anything

2. Get everything in writing

3. In Texas, you have three days to change your mind

5. Listen for the words that raise red flags

"Words [and phrases] like 'down payment,' 'We'll get you to the head of the line,' 'We can get you the material here quickly,'" Allen Police sergeant Jon Felty said.

Most Collin County cities require special solicitor permits to do door-to-door business. The cities tell WFAA those businesses are vetted by the city.