7 Seas was 'unfortunately, never a viable option' according to City of Temple emails.

A public information request reveals the City of Temple worked four months get 7 Seas Aquarium off the ground, but never got the documentation they needed. 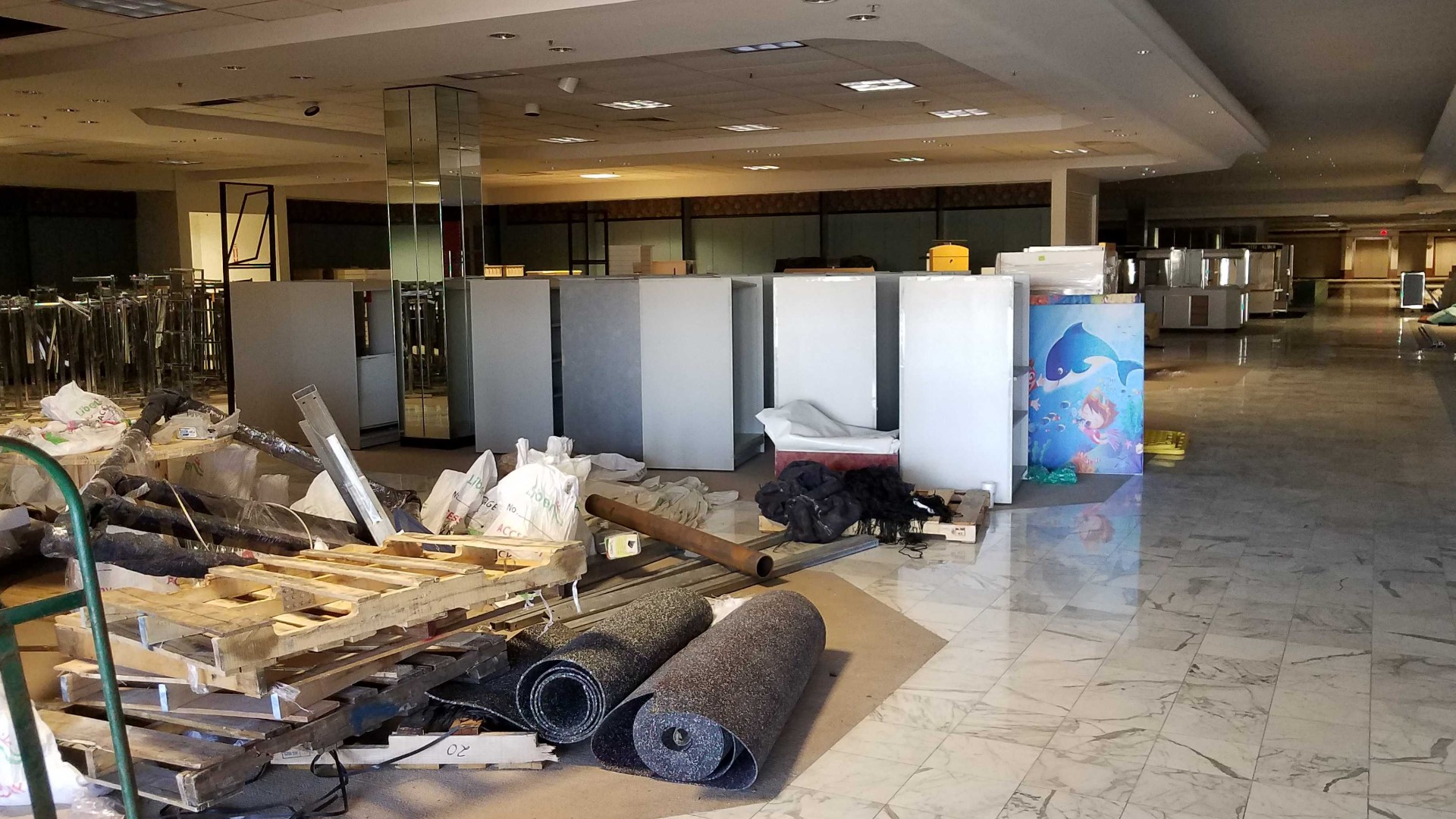 TEMPLE, Texas — After spending months promising Temple locals an aquarium experience, city emails show the 7 Seas Aquarium only ever consisted of 13 fiberglass tanks that were moved into the mall for storage and a delivery of fish that later had to be relocated.

A 6 News open records request revealed the City of Temple staff worked to arrange several meetings and repeatedly asked for plans and permits that never surfaced.

The city originally met with 7 Seas Aquarium on November 21st and outlined requirements that the business would need to meet, according to the emails.

The Aquarium eventually announced a start date of February 24th, though city officials knew a week before there was no way it would be happening.

Just wanted to send a FYI out that Code Enforcement along with the Fire Marshal office served a search warrant on 2 suites at the mall. The suites are both to be rented for an aquarium that is scheduled to open on Monday. As of today 2/18 both suites are empty and no work has been performed. Also as of today no permits or plans have been submitted ( electrical, plumbing, etc..). I just wanted to let everyone know since memberships are being sold on the aquarium Web & Facebook site with an opening date of 2/24 @ 10am. I think people are going to be asking questions Monday morning when there is no aquarium. It may be a good idea to get ahead of this issue in case the owner tries to blame “city red tape” or any other excuse as to why he didn’t open. Thanks.

The emails say Fidel Junco, who rented the Dillard's space in the Temple Mall for the aquarium, eventually hired the Law Offices of Damon A. Goff, and Belton Engineering for help to obtain permits after, according to emails, "multiple calls with city staff reiterating permits would be necessary."

Following a meeting on March 2nd, Junco wanted to move fiberglass tanks into the Dillard's location. Assistant Director of Planning and Development Lynn Barrett, said they could be moved in for storage and nothing else without the permits or plans they needed.

Barrett wrote the following in a March 4th email to attorney Damon Goff:

Assuming a functioning and operational Dillard’s fire sprinkler/alarm system in your client’s lease space where the storage will take place, i.e. having a green/white tag status with no red or yellow tags, we as staff are comfortable with your client moving in the 13 fiberglass tubs/tanks for storage only without any connections, filling, construction or remodeling as you indicated in your request below. As mentioned by our Fire Marshal, he had received notification from the former sprinkler/alarm servicer, Impact Fire, that they were no longer servicing or monitoring the mall. He observed that it is possible that since the old Dillard’s suite was a major mall anchor, it may have its own sprinkler and alarm system. This is with the understanding that both sides move forward on resolving permitting questions for the space overall in a timely manner. Please feel free to reach out if you have additional questions or concerns.

On March 11th, however, Goff told the city his client still maintained that permits were not needed. He also said a shipment of fish was going to be delivered to the location. Goff wrote in the March 11th email:

7 Seas will facilitate a walk-through of the premises on Friday at 10:30. Mall staff will be present. Please forward questions ahead of this event so they can be fully addressed. In discussion with Mr. Olson this afternoon it occurred to me that a Memorandum of Agreement/Understanding may be a useful tool in this circumstance. As indicated in the response to RFIs, our viewpoint is that there is no permit requirement from the City. But I can appreciate there is a desire to have some efforts taken even if not required by code. So if there are reasonable, relevant actions recommended on Friday- otherwise not enforceable under any code- then I'm willing to explore an MOU/MOA to provide confidence they will be implemented. This could also include an annual certification of compliance.

A delivery of fish will be made to the mall within the next 24 hours. Fidel is taking measures to ensure the safe, humane transition of the fish. He will be at the walkthrough on Friday to answer any questions about what that involves.

Finally, on April 22nd, an email from Assistant City Manager David Olson to City Manager Brynn Myers revealed the project had been called off:

I wanted to give you a quick update on the 7 Seas Aquarium. I spoke with Damon Goff, attorney for 7 Seas, this afternoon. He informed me that they would no longer be pursuing this business venture at the mall. He says they are currently relocating any fish that had been delivered to the space, and that he would let me know when that process is complete. He indicated that they were working through customer service issues with those who purchased passes, but did not give many details on this topic. Please let me know if you have any questions.

Word then spread to other departments, with one email informing staff that the Dillard's location would be opening up again and asking if there was anything that could be done to help.

Brian L. Chandler responded, "You bet! Looks like they could use some help since that aquarium was, unfortunately, never a viable option. Thanks"

Despite this email, the information that 7 Seas would not be opening didn't reach local media until almost a month later in May.

After working on the troubled project for months, planning department staff couldn't help but send a few internal emails on May 19, after 5 p.m, responding to the news.

Responses included, "I don't know about you, but I am just shocked at this turn of events", "Go figure - Imagine that", and "Y’all thankfully weren’t involved with the idiocy like we were."

RELATED: Looking for your 7 Seas refund? A Temple woman says she got one, but not from the business.