The complaints ask LMPD's Professional Standards Unit to investigate false information provided by officers leading up to and following the raid. 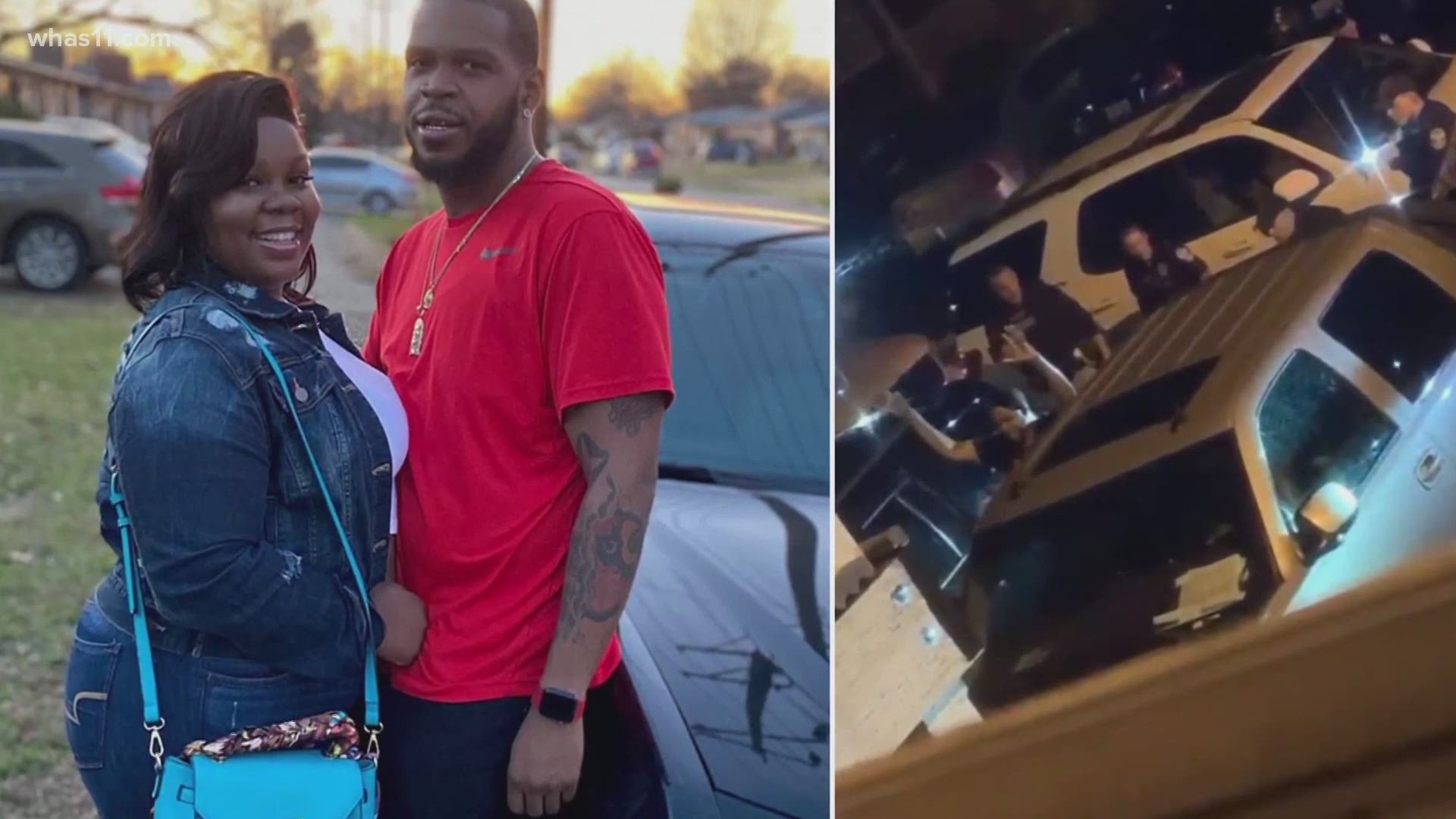 LOUISVILLE, Ky. — The mother of Breonna Taylor has filed complaints against six Louisville police officers for their role in the raid that led to her daughter's death, as well as the criminal investigation that followed.

Tamika Palmer has asked the LMPD Professional Standards Unit to investigate false information provided by officers leading up to and following the March 13, 2020 police raid and policy violations by the Public Integrity Unit in their investigation.

One complaint says the Place Based Investigation squad claimed Jamarcus Glover, the subject of their investigation, reported Taylor's number as his own and received packages at Taylor's home. Their affidavit also listed Taylor as Glover's suspected girlfriend, though Palmer said the two were not speaking nor dating before and after the affidavit.

"Communications with Jamarcus Glover were non-existent between obtaining this warrant and Breonna’s death," Palmer's complaint says. "The two were not in a relationship and the Sprint phone records for Breonna’s phone confirm that there were no communications between the two on the phone."

Palmer called the warrant an "invasion of privacy," and said no records show the warrant was rescinded prior to Taylor's death.

"Despite knowing that Glover stayed at [the residence], [officers] proceeded to advise other CID members and SWAT members that Glover 'laid his head' at Breonna’s home," one complaint says. "This was blatantly untrue."

In the complaint, Palmer said the warrant for Breonna Taylor's apartment was obtained without the knowledge of the SWAT team.

"SWAT was never advised that a no-knock search warrant had been requested and obtained for Breonna’s home," the complaint says.

The complaint also questions conflicting reports on which officers were briefed, what they were told and who was involved in the raid at Taylor's apartment. Additional questions are raised about potential evidence removed from the scene and the lack of body camera video.

Palmer singles out the lead PIU investigator, Sgt. Amanda Seeyle. Her complaint says Seeyle and her colleagues lack the ability to investigate their fellow officers in an unbiased manner.

"Under Seeyle's watch, the crime scene was not secured. Evidence was not recovered, Witnesses were not interviewed. Officers were not separated," Palmer said.

Palmer said she was never given any case updates from the PIU, and that "knowingly false claims" were never challenged by the investigators.

The complaint alleges the PIU did not investigate the likelihood that Mattingly was shot in the process of officers falling over each other in the breezeway, saying Mattingly stated in an interview that he fell over and lost his gun to the ground twice.

Palmer alleges Walker's shell casing is consistent with his shot being fired downward at a 45-degree angle, while LMPD's forensic doctor said Mattingly was struck by a bullet traveling upward.

"The Kentucky State Police performed testing on the bullet and could not match it to Kenneth’s firearm," Palmer says. "PIU disregarded this evidence in favor of a predetermined conclusion that Mattingly was shot by Walker."

A complaint against Lt. Shawn Hoover claims he participated in the raid without seeing a formal plan, a search warrant checklist or the actual search warrant itself. In the complaint, Palmer demands that Lt. Hoover identify the other individuals present on the night of the raid, as he only named seven people in his initial interviews.

In the complaint against Michael Nobles, Palmer claims that Nobles' statements were directly contracted by evidence. The complaint also says items from the scene, including Jonathan Mattingly's gun and Tony James' body camera were left unattended in his unmarked vehicle after the shooting.

Three of the officers named in the complaints have already been placed under internal investigation by the LMPD's PSU.

One of them, Det. Nobles is accused of allowing critical evidence to be removed and placed in his unmarked car. The complaint alleges Det. James' body camera, Sgt. Jon Mattingly's wallet and his firearm were all inside Nobles' car.

Det James is accused of making false statements hours after the shooting. In his interview with PIU investigators he tells them multiple shots were coming from Taylor's apartment.

"I guess that's when it just was a volley of rounds started coming out through the door. Um...I can't even tell you how many....um...came out," James said.

Breonna Taylor was unarmed and Kenneth Walker only fired once.

LMPD released a statement Friday responding to the new allegations: "The department places the highest priority on conducting thorough and impartial investigations, and the complaints received from Ms. Palmer’s attorney are no exception. We are committed to being as transparent as possible within the confines of those limitations outlined by law of the Commonwealth."

RELATED: 'She still has not gotten justice' | Organizers plan protests to mark one year since police shooting of Breonna Taylor

RELATED: 'We are not here to celebrate' | Until Freedom, Tamika Palmer renew calls for justice ahead of Breonna Taylor anniversary