Survivors say Aymond 'has lost control of his priests' after difficult, lurid week

Aymond responded on Facebook to WWL-TV's investigation: “It is a very tough time right now to be a Catholic in the Archdiocese of New Orleans to say the least." 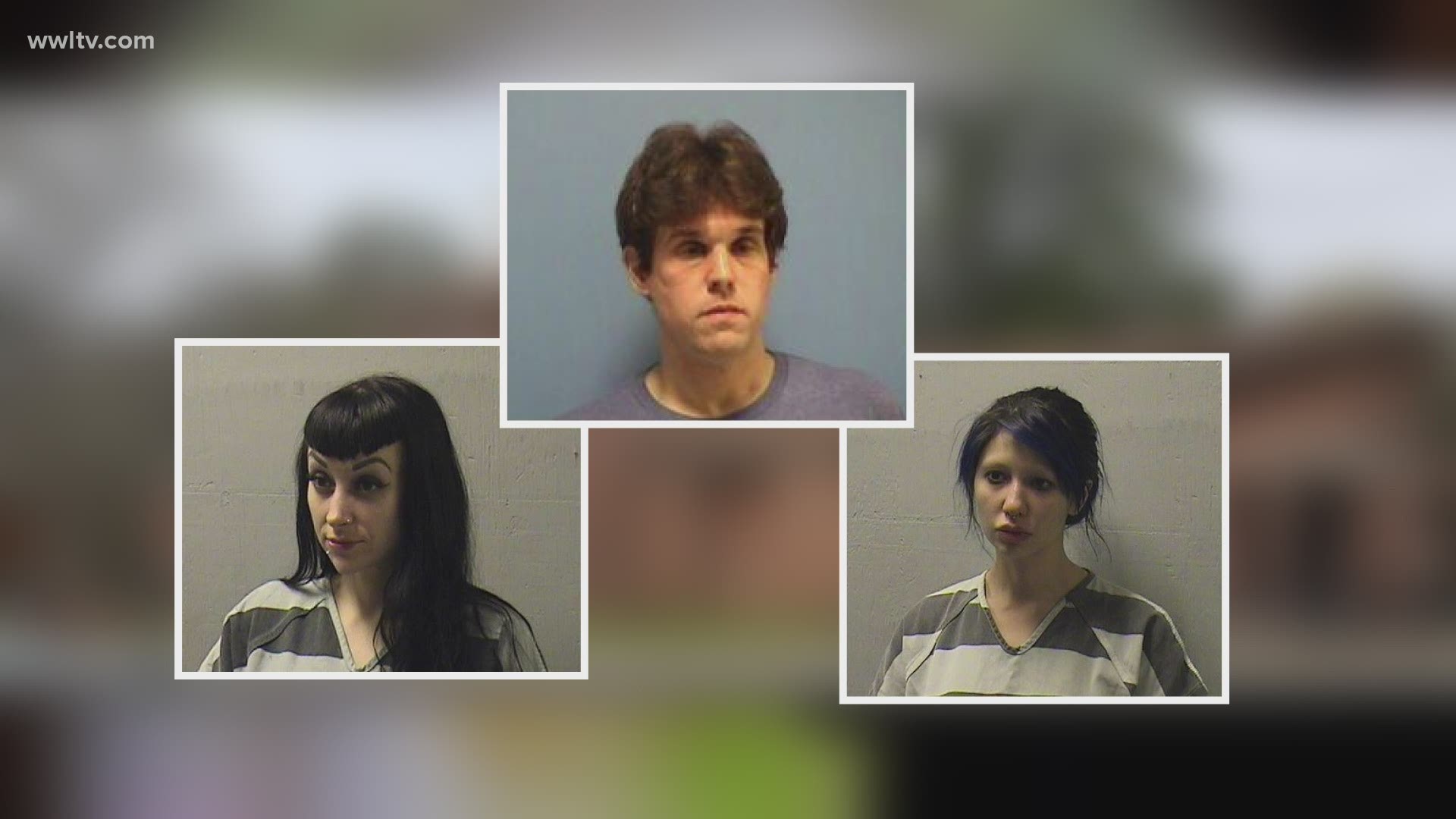 NEW ORLEANS — A national organization representing survivors of priest sexual abuse is calling for a Vatican investigation and the possible ouster of Archbishop Greg Aymond after a week of shocking revelations about alleged improprieties by several priests.

“Archbishop Aymond has lost control of his priests,” wrote Zach Hiner, national executive director for Survivors Network of those Abused by Priests (SNAP), and Kevin Bourgeois, New Orleans SNAP leader, in a letter to Pope Francis.

SNAP sent the letter to the Papal Nuncio in Washington following an exclusive report by WWL-TV and The Times-Picayune | New Orleans Advocate that two dominatrices, one from Seattle and the other from Atlanta, came to New Orleans last week to film themselves having sex with Father Travis Clark on the altar of an archdiocesan church in Pearl River.

Police documents show the women were recording themselves on video having sex Clark on the altar. Aymond said he had to remove the altar and burn it and would be consecrating a new altar at the church on Saturday.

The next night, Dixon, Melissa Cheng and Father Travis Clark were arrested on obscenity charges, and Dixon posted these photos that appear to be taken inside Saints Peter and Paul Church in Pearl River.

“Regarding Travis, his obscene behavior was deplorable,” Aymond said in a video statement he recorded in response to questions from WWL-TV. “His desecration of the altar in Church was demonic. I am infuriated by his actions. When the details became clear, we had the altar removed and burned. I will consecrate a new altar tomorrow.”

Aymond posted his response to WWL-TV to the Archdiocese's Facebook page. He acknowledged it's been a tough week for local Catholics.

“It is a very tough time right now to be a Catholic in the Archdiocese of New Orleans to say the least,” he said.

In addition to the arrest of Clark and the two dominatrices, the week also included a report by WWL-TV and The Times-Picayune where three men alleged that Aymond failed to act for over a decade on molestation allegations made against two priests.

The TV station and newspaper also teamed up to report that the Archdiocese had collected inappropriate texts from Father Patrick Wattigny to a teen at Pope John Paul II High School in February, but did not inform the school’s principal or remove Wattigny from his position as school chaplain for months.

The Archdiocese then replaced Wattigny with Clark as the school chaplain.

Aymond said that when the archdiocese first received a complaint about the texts in February, Wattigny stopped sending the boy texts. But he was immediately removed from Pope John Paul II High School in July after they learned he had resumed the texts, which violated church policy but didn’t contain sexual innuendo, Aymond said.

“The texts did not indicate abuse and there was no allegation of sexual abuse,” Aymond said. I am sorry for the pain that this has caused.”

But Hiner, the national SNAP director, said these issues had to be exposed by the media before the church addressed them head-on.

“It's just obvious to us, someone needs to step in here and have some leadership,” he said. “And that has started because of the work of survivors and journalists like yourself,” Hiner said in an interview with WWL-TV. “They'll be continued by the parishioners who let their outrage (be) known. And we're hoping at the Vatican will be listening to that.”

Bourgeois, the local SNAP leader, said a Vatican investigation followed strong investigative reporting of priest abuse in Buffalo, leading directly to the ouster of the bishop there.

“We're asking Pope Francis to send Vatican investigators to New Orleans to determine if Archbishop Aymond is able to handle his priests and to continue his leadership,” Bourgeois said. “We don't believe that he's capable of it.”

But Aymond says he is capable of leading the priests forward.

“We have a strong fraternity of priests in the Archdiocese,” he said. “I will meet with the priests next week to discuss this in detail. We have many good priests and I regret that they are embarrassed by the actions of a few.”

An attorney representing Dixon and Cheng also spoke out about his clients’ First Amendment rights to have sex with Clark behind closed doors. Attorney Bradley Phillips said his clients are being unfairly treated like criminals.

“The evidence will show that an individual had to enter the church’s private property and look through a window to see what was taking place,” Phillips said in a statement. “By definition, then, it was not in public view.”

Phillips’ statement said his clients are professional dominatrices and everything that took place was among consenting adults.

“The fact that this involved a priest or took place in a church is completely irrelevant,” Phillips said. “I understand that people may be upset by this situation, but that does not make this conduct illegal or criminal in any way. I would implore anyone seeking to pass judgment to direct their energy elsewhere.”

► Get breaking news from your neighborhood delivered directly to you by downloading the new FREE WWL-TV News app now in the IOS App Store or Google Play.