The Texas Commission on Jail Standards has halted in-person inspections of jails and the Texas Department of Criminal Justice faces a new class-action lawsuit. 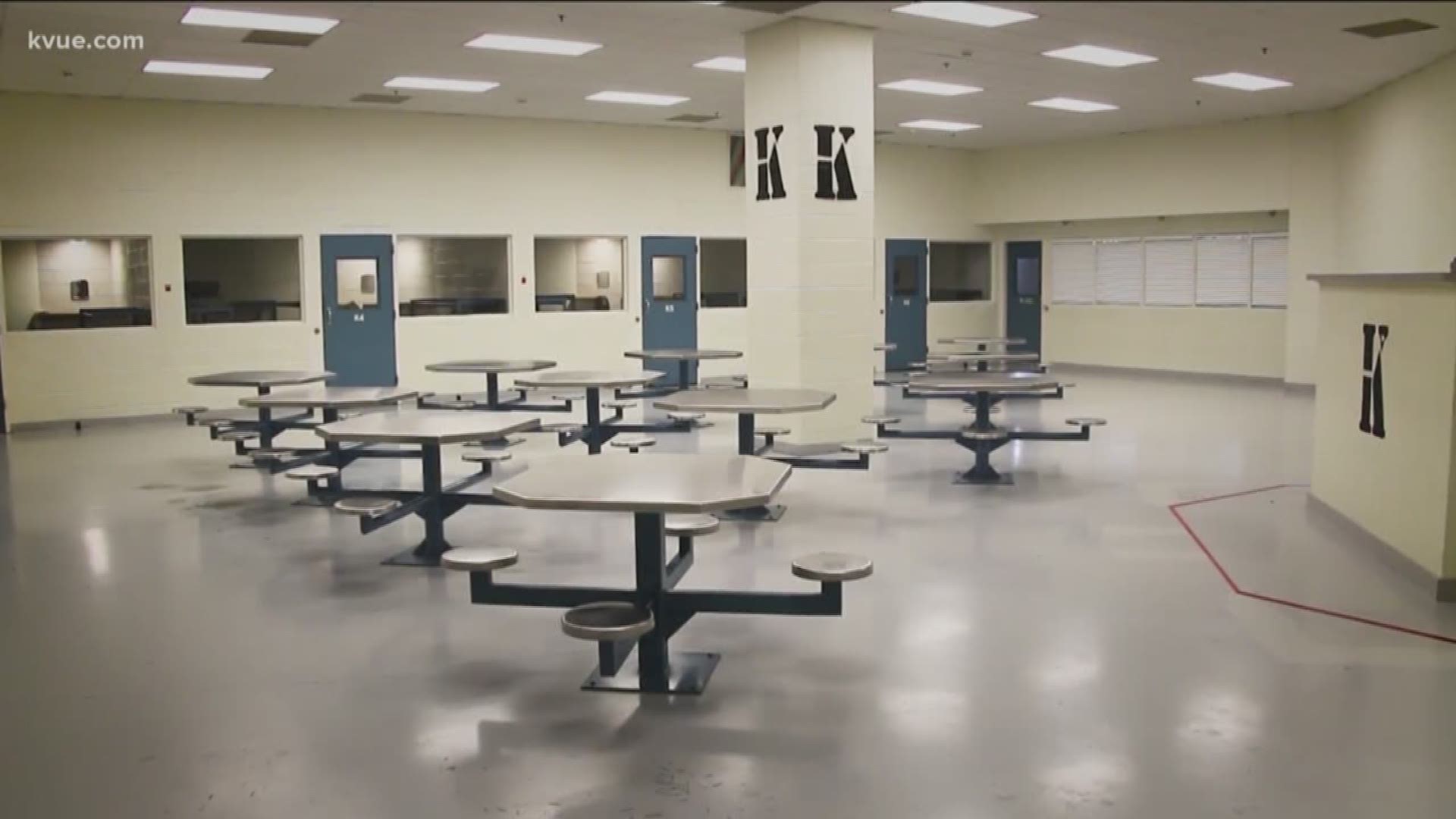 Those facilities are some of the most crowded areas in our state. And as coronavirus continues to spread, the KVUE Defenders are finding growing concern that Texans behind bars might not be safe.

“I’ve been sick the last three days and I don’t know what to do," Aaron Johnson said during a phone call with his father. "Me and a bunch of other dudes got sick at the same time. It started as a sore throat and nose, now my whole body hurts.”

Johnson is an inmate at East Texas Treatment Facility in Henderson, Texas. He said prisoners there are worried they might catch COVID-19.

"We’ve got guards walking around here with ties around their face and their shirts and makeshift things," Johnson said. "And it’s like, 'Where is our respirator?'”

Their biggest concern is how quickly the virus is likely to spread once if it gets inside the facility.

“I think it’s an explosion waiting to happen in there if it hasn’t already," Rick Johnson said.

The Texas Department of Criminal Justice  (TDCJ) oversees prisons in the state.

New numbers obtained by the Defenders show more than 2,100 people in Texas prisons are on medical restriction, meaning they don’t have COVID-19 symptoms but TDCJ is monitoring them.

A class-action lawsuit, filed Monday against TDCJ, accuses the department of “[denying] proper and equal access to vital preventative measures to avoid the transmission of COVID-19.”

RELATED: Federal inmates to be locked in cells for 14 days amid coronavirus

Rick Johnson and Jeannie Cervera are worried the conditions inside their son’s facility could even put people outside the jail at risk.

“There is going to be that cross-contamination because it can leave with the guards and then cross over to their families and then the broader population,” Cervera said.

They’re also worried about conditions for inmates in Texas county jails because of what the Defenders uncovered.

The Texas Commission on Jail Standards usually inspects county jails to make sure they’re in compliance with state standards and regulations. It’s a way to keep inmates safe. But to prevent the spread of coronavirus, the agency decided to stop all in-person inspections.

That’s a big concern for Diana Claitor from the Texas Jail Project.

“If a jail is doing anything, jailers are doing anything or not meeting standards, there’s not nearly as much likelihood that they’ll find out," Claitor said.

The Executive Director of Jail Standards told us complaint investigations are still happening … but only over the phone. He said that’s the normal procedure for complaints, but some in-person inspections that would normally happen are on hold.

“There could be an opportunity for jails to fall out of compliance with regulations, which could put safety of inmates at risk. What’s your response to that?” KVUE Defenders reporter Brad Streicher asked.

“I believe that all the jails completely understand the situation everyone is dealing with," said Brandon Wood, executive director of the Texas Commission on Jail Standards. "They understand their role and their responsibility to ensure the safety and security of their staff and inmates.”

RELATED: Want to find out how many COVID-19 cases are near you? Here's how

But back inside the East Texas Treatment Facility, Aaron Johnson said he doesn’t feel safe at all.

“And then when we go to chow, they put us all in the same dorm in the chow hall with three other dorms," Aaron said. "So, at any given time, we’re around 150 people.”

But representatives from the TDCJ said the department has done a lot to keep inmates healthy and mitigate the spread of the virus. They said there’s no shortage of protective medical equipment for staff, they’ve staggered meal schedules and have taken other precautions.

“We began more than two weeks ago, two to three weeks back, disinfecting to a higher degree than before and now continuing that effort," said Bryan Collier, the executive director of the TDCJ. "And I think the message we should all keep is 'do not slow down one bit on our disinfecting.'”

But Rick Johnson and Jeannie Cervera still say they’re worried their son won’t make it out of jail without contracting the virus.

A spokesperson for the TDCJ told KVUE right now, they have no comment on the class-action lawsuit filed on Monday. But they are reviewing it and emphasize the health of TDCJ offenders, employees and contractors are of the utmost importance to the department.