A second home explosion in six years in Austin points to a bigger problem with gas transmission lines across the country. 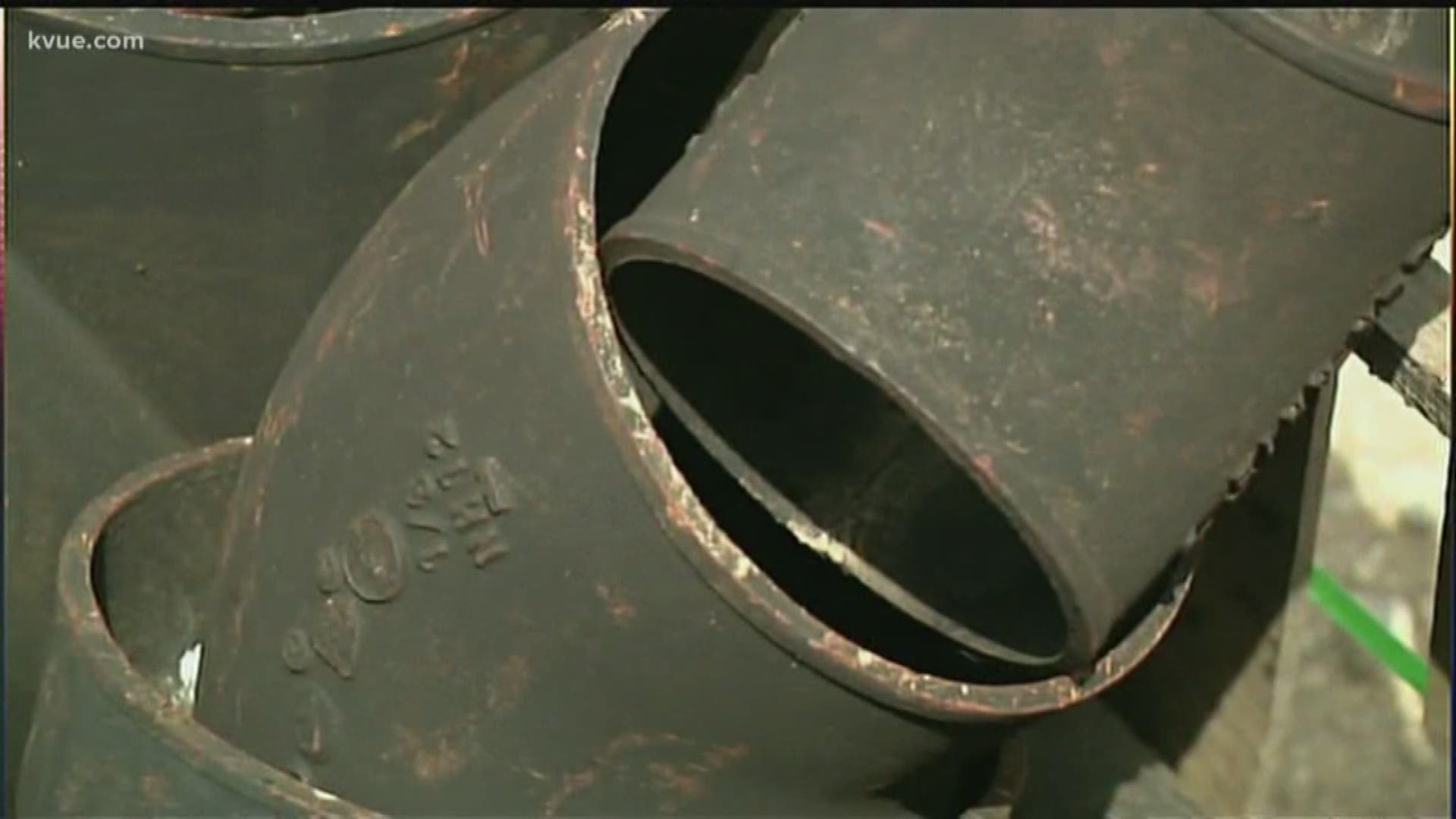 AUSTIN, Texas — We rely on utility companies to bring services like electricity, water and gas into our homes, but often don't realize what it takes to get it there.

That's at least not until you see a home explode like the one in southeast Austin on Oct. 27, 2018. It was the second home to explode in six years in Austin.

The KVUE Defenders uncovered this explosion may be a symptom of a bigger problem.

For years, gas companies used cast iron and steel pipes to get gas into our homes, but that material wears down over time – an especially big problem here in Central Texas because our extreme weather can bring drought-like conditions and then heavy rain. That can cause the soil to crack and shift.

David Passman survived a gas explosion at his home last October, but lost so much more, including the love of his life.

“I'm not the same,” said Passman. “I've lost everything – everything."

Attorney Mike Davis represents Passman in a lawsuit against Texas Gas Service that claims the company failed to maintain a 42-year-old pipe that triggered the explosion.

Texas Gas Service says it was the result of unreported excavation damage by a third-party contractor, not the age or lack of care for the system.

“This isn't the first time it's happened,” said Davis.

In 2012, a gas leak triggered an explosion at a home in Central Austin killing a young father. Renald Ferrovecchio's family sued Texas Gas Service and settled out of court.

The company did not admit any wrongdoing, but Davis says it shows the company hasn't addressed the bigger issue of inspecting and replacing these aging gas pipes.

“Texas Gas [Service] has an ancient, decaying piping underneath our neighborhoods – some of the pipe is 40 to 50 years old and it's decaying,” said Davis.

Texas Gas Service has thousands of miles of gas pipes that are from before 1970, including those made of materials the U.S. Department of Transportation warned about in 2011.

The USDOT sent a warning that cast iron and bare steel gas pipes pose the highest risk, calling for companies to accelerate the repair, rehabilitation and replacement of these aging materials.

The Railroad Commission, which oversees gas companies, won't tell us where those pipes are, citing security concerns.

“Infrastructure under the City of Austin is old. It's corroding, it's decaying and it's leaking,” Fogelman said.

“You and I can't see them. You and I don't know what's happening under our home in the street next to our home,” said Davis.

Leaks are the sign of a problem, and one Texas Gas Service documents every year in these federal leak reports. In the past three years (2016-2018), the company reported the number of leaks scheduled for repair increased from 1,711 to 2,593.

“They report to the regulatory agency that they're having over six leaks a day, which creates a hidden danger underneath our homes,” said Davis.

RELATED: Austin house explosion that sent 2 to hospital believed to be ‘isolated incident’

It's a real problem in Central Texas where dry, drought-like conditions can create cracks in the earth and force it to shift and move.

“It makes the pipes vulnerable to environmental changes, so if you have a period of drought followed by a period of rain, soil starts shifting and that puts pressure on the pipes, and if the pipes are not in good shape, if they're old, if they're corroded, they can fail,” said Davis.

Attorneys and Texas Gas Service do not agree on what triggered this explosion, but one thing is clear – two Austin families are forever changed.

“It's been unspeakably hard,” said Passman.

Aging gas pipes are a concern across the country. Federal records show 25% of the gas pipes in the U.S. were installed before 1970, 33% for the gas mains.