The RRC's initial report shows that a T-fitting and a butt joint failed, leading to the evacuations. 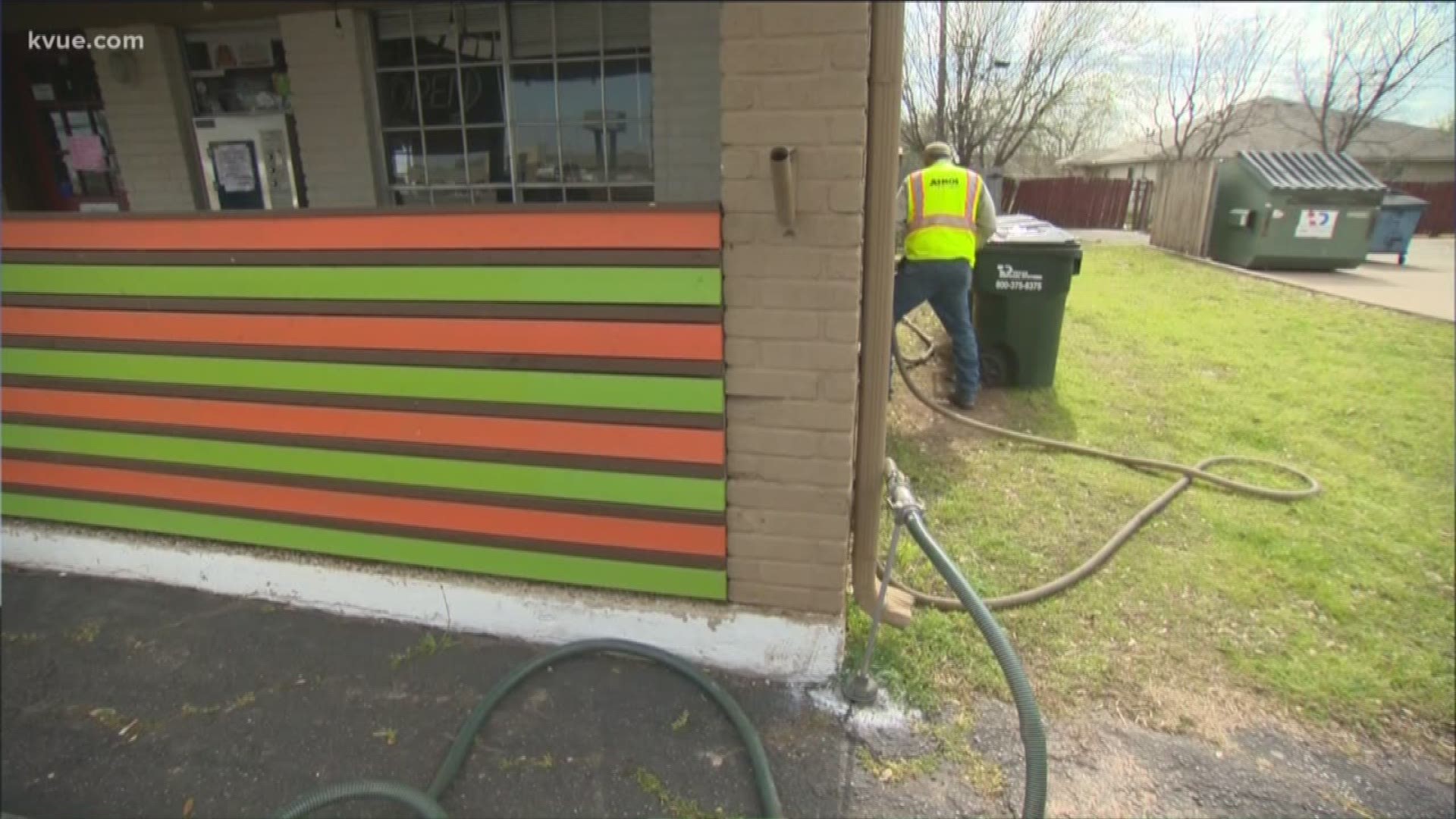 GEORGETOWN, Texas — A bad weld in a 40-year-old gas line kept hundreds of people out of their homes and businesses in Georgetown earlier this year, according to a new report by the Railroad Commission of Texas.

Two gas leaks within 100 feet of each other were found at the corner of River Bend Drive and Oak Lane. The first leak was found on Sept. 20, 2018, and led to evacuations that stretched into April.

In the report, the RCC said one of the leaks was caused by a joint that wasn't fully welded. The RCC said that 40% of the joint wasn't bonded, which led to a leak.

The second leak was a T-fitting that failed because of stress. The RCC also pointed out that one of the connecting pipes was actually 10 degrees off of the fitting, which led to the crack in the pipe.

The report also says this section of pipe was placed in 1972.

Why no disaster declaration after Atmos Energy gas leak in Georgetown?

KVUE asked ATMOS Energy for information on how these two things could happen but by Tuesday evening, they had responded but had not answered the question.

As for one of the businesses that were evacuated, the owner is glad they're back in their building but is still a little concerned.

"It could have been avoided to begin with, but they did take care of us, so I'm glad in that part," said Kristin Hood, the owner of Leaps and Bounds Daycare. "And they took care of our neighbors, so I'm glad for that, yeah."

The RCC also said in the report that the last leak survey was done in 2016 when they discovered two above-ground leaks. There was supposed to be one completed in 2019 but the Georgetown evacuations happened before the deadline.

In total, the evacuations caused 73 homes and 67 businesses to be cleared due to residual gas that was underneath the foundations of the buildings.

WATCH: Report shows cause of gas leak in Georgetown

A day in the life of Kendra Scott, the CEO of a billion-dollar jewelry empire