A KCEN Channel 6 investigation uncovered a city email that reveals Killeen has not proactively inspected fire hydrants for a long time. Could your home be at risk? 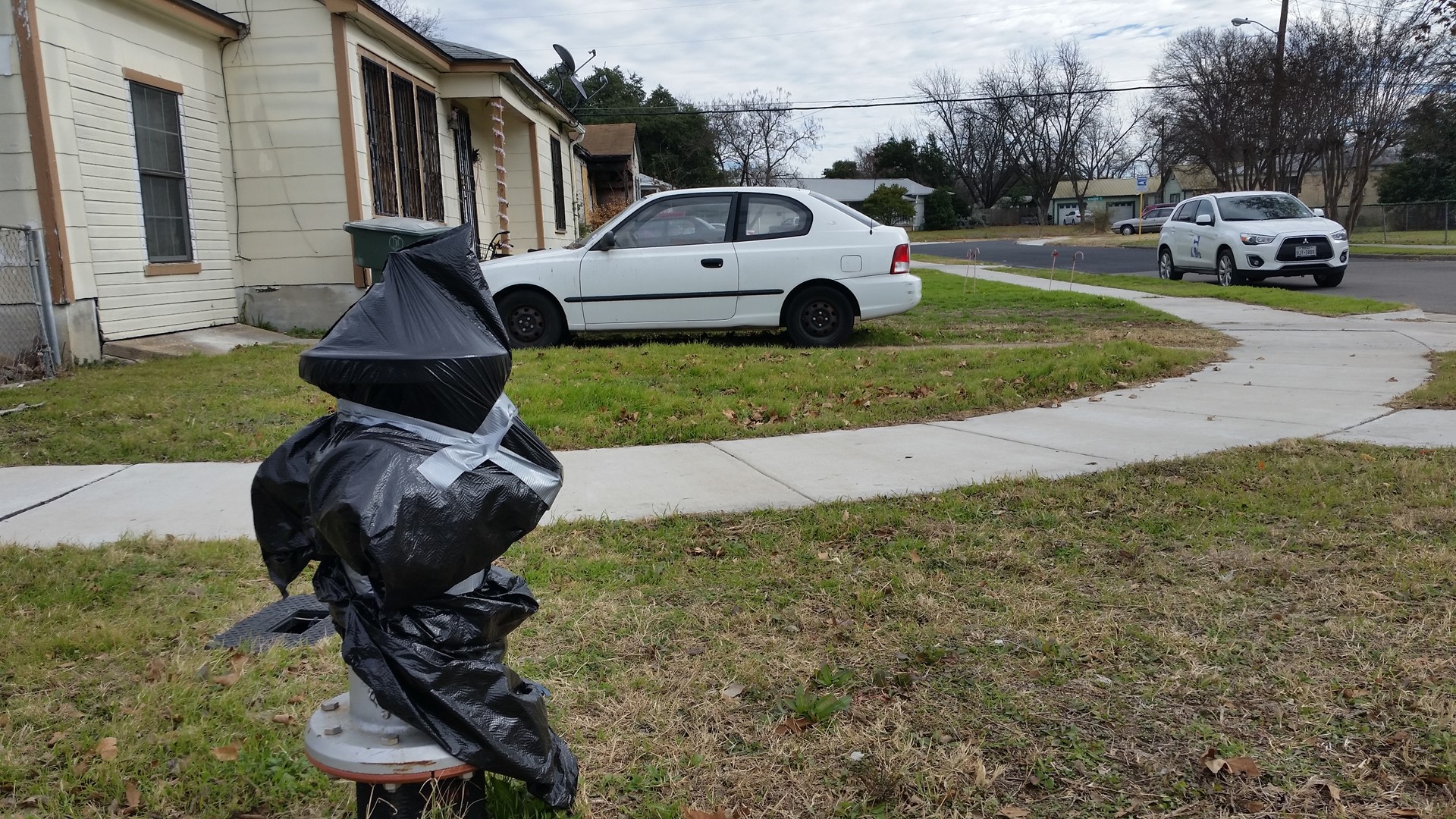 KILLEEN, Texas — When a house catches fire in Killeen, or any city for that matter, people usually believe the nearest fire hydrant is working correctly. The only way to know for sure is for the city to inspect the hydrants.

According to documents uncovered by KCEN Channel 6, the city of Killeen has no program in place to regularly inspect fire hydrants.

Channel 6 began an investigation into the city’s fire hydrant issues after a fire destroyed the home of Tanisha Hill on December 2, 2018. The home in the 1400 block of Gray Drive was only three houses away from a nearby fire hydrant, but the hydrant didn’t work, and Hill said it may have cost her the home.

“They (firefighters) were at the hydrant a while before they even went to a second one. If they turn it on and no water comes out, they should know it’s not going to work," Hill told Channel 6. "But they were there trying to wrestle with it before they went to another one. The house could have been saved some. I do believe that.”

The next morning, a city crew went out to replace the hydrant and the city also sent a response later that day. The city’s emailed response to the inspection question said, “hydrants do not have a regular inspection schedule.”

With no inspection schedule, it remained unclear how firefighters would know if a hydrant worked and how. Channel 6 did additional research and sent a records request to the city in April that requested all of the emails mentioning fire hydrants directed to or copied to Operations Manager John Wiley in the public works department in the last three years.

Channel 6 uncovered an email dated December 17, in which the director of water and sewer, Steve Kana, warned spokeswoman Hillary Shine about what to say when answering our questions.

These are dangerous questions that need to be handled very carefully. Fire Hydrant (FH) inspection and maintenance is required by the state, and I’m sure by our ISO rating. Unfortunately, the city has not had a FH inspect/main program in place for many years. Every budget cycle for at least the last six, I have asked for a two-man crew and equipment to inspect/main the 4,665 FHs and 9,950 valves in the water system. Each year this request has been denied. Hopefully, the city will fund this request before problems like the one listed below happen again. This is definitely not the first time that a FH was inoperable in the time of need. Hopefully, my responses below will help you with your response to Andrew.”

Credit: KCEN
An email from Executive Director of Communications for the city of Killeen Hillary Shine shows that the city had no fire hydrant maintenance program.

Other emails revealed that the December 2, 2018 incident was also not the last time a hydrant failed the fire department. A work order in one of the emails proved firefighters were not able to operate a hydrant on March 3 after a unit in the Hoodview Apartments caught fire.

Credit: Andrew Moore- KCEN
An email dated March 4, 2019 shows a work order for an inoperable fire hydrant at the corner of Wales Drive and Watercrest Road in Killeen.

Other emails showed city staff waited weeks or even months to fix hydrants after citizens complained.

One of the emails said:

"You may receive this information twice, but here it is again since the gentleman emailed me.

"There is a fire hydrant that may be leaking on the east side of 38th Street on the corner of Lake Ann. He stated that a few months ago the hydrant was spraying water for about three to four hours, then it stopped. But ever since then it has continued to leak and progressively getting worse.

"Would you please have someone check this out? I will be submitting a work order through city works and email it to you."

The lack of an inspection program appears to have continued despite the fact that Killeen’s city ordinances require the public works department to do so in sections 11-116. - Maintenance of the city code, which states:

(a) All fire hydrants shall be inspected, flushed and painted at least once yearly and such inspection, flushing and painting shall be the responsibility of the public works department.

Channel 6 reached back out to the city of Killeen on May 20 to ask why the city had repeatedly turned down funding requests for hydrant maintenance as detailed in Kana’s email and how the lack of hydrant maintenance was impacting fire safety. Channel 6 was told City Manager Ron Olson was on leave. Killeen Fire Chief Brian Brank, who already knew about the hydrant issue, spoke to Channel 6 in person, but ultimately refused to comment on camera.

Channel 6 informed several council members and Killeen Mayor Jose Segarra on May 20 and on May 21 about the lack of fire hydrant maintenance and showed them the email written by Kana.

Neither the mayor nor the council members could recall hydrant maintenance being brought up in any budget discussion over the last six years and most appeared taken aback by the emails Channel 6 uncovered.

“I’m shocked. I’ve been on council for four years and I’ve never heard anything about this," Councilwoman Shirley Fleming said. "I think we need to go further on this. I will talk to the city manager myself as a councilwoman. We need to look further into this situation with the fire hydrants. How safe are they really?”

Mayor Segarra also told Channel 6 he would be speaking to the city manager about the issue.

“That’s where we hold the city manager accountable,” Segarra said. “I don’t know if he knew about it, but as far as department heads and stuff like that, we as council, we bring that issue forward.”

More than 24 hours after informing the city of Killeen we uncovered Kana’s email, we received the following emailed response from Killeen spokeswoman Hillary Shine:

"A request was made in last year's budget for a dedicated hydrant inspection crew. Resources did not allow that request to be approved.

"Fire Department leaders report that there have been very few responses in their long careers where a hydrant has been inoperable. It is also important to note that fire trucks arrive to fires with water onboard and back up protocol is in place for additional trucks to respond with additional water onboard.”

It was not clear who “new Public Works leadership” is or how the public works department was able to resume hydrant inspections without the resources Kana's email said it required.

In response, Channel 6 asked to speak to the public works department about the new program and asked for any documentation that proved hydrants were again being inspected. Channel 6 has not yet received any proof of the new program.

Other Six Fix stories on KCENTV.com:

Q&A: What to do when you're trapped in your neighborhood by a train

'We're trapped by trains': East Temple homeowners say they can’t get in or out of their neighborhood thanks to Union Pacific

How to take action against bad used car dealers