Her 9-month-old refused to take her bottle. That's when she found out her 'formula' was fake.

Parents say they didn't realize the problem until after their kids got sick. 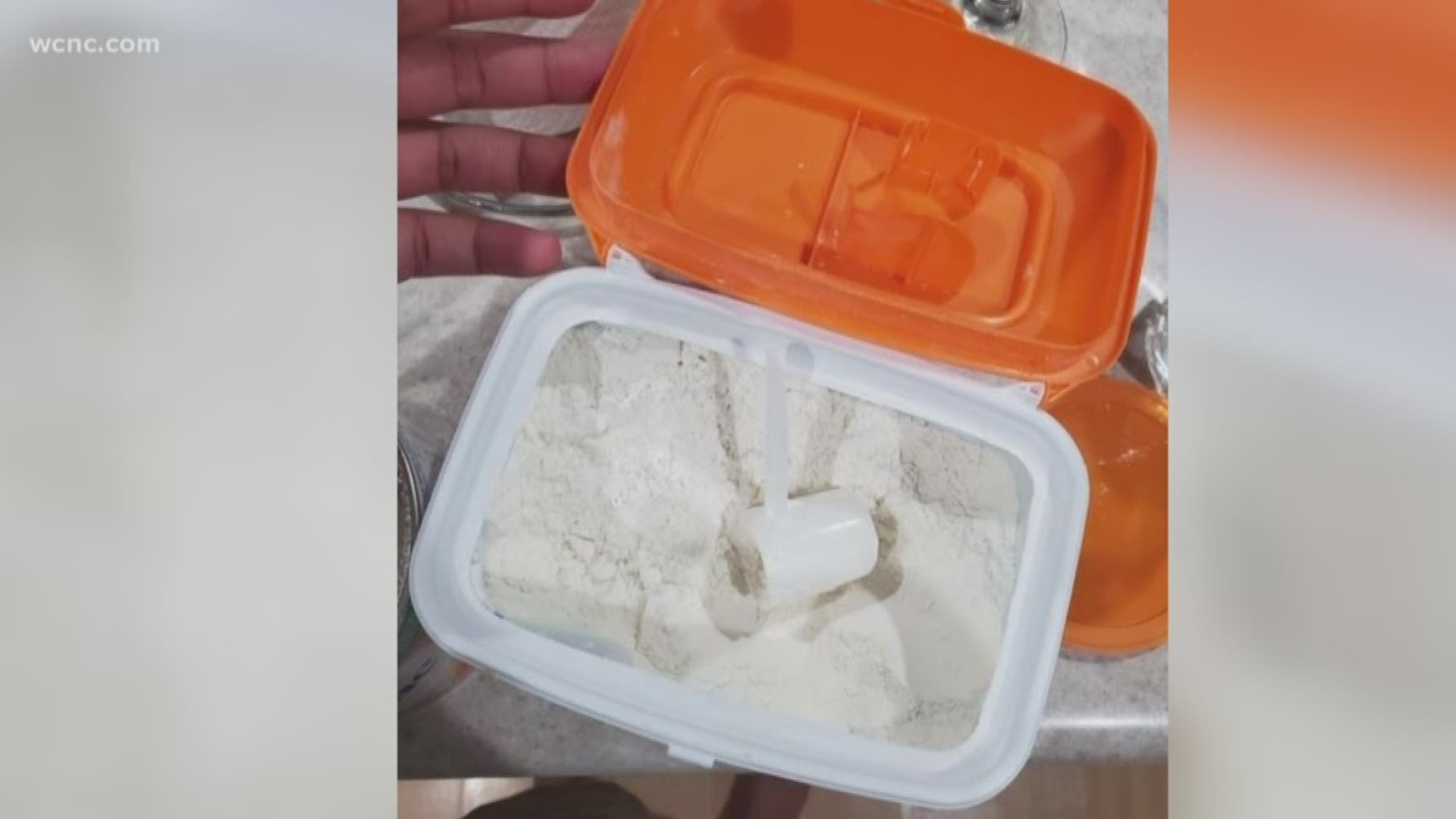 CHARLOTTE, N.C. — Police are looking into several cases of people reportedly buying baby formula, which can be expensive, replacing it with flour, and returning the product for cash.

In a few cases the NBC Charlotte Defenders team uncovered, those tampered formulas reportedly made it back on store shelves.

Some parents say they didn't realize what was off until their kids got sick.

After a frightening few days, 9-month-old Adeline is smiling again.

"Yesterday she was a completely different baby," her mother, Madeline Roque, said.

Adeline was crying, vomiting, and refusing her bottle. Roque says she was desperately trying to figure out what was going on.

"She was throwing up throughout the day passing a lot of gas ... I just knew something was wrong," Roque said.

That's when she says she noticed the baby formula she'd purchased from Wal-Mart looked off.

"I looked at the milk and I realize something's definitely weird, the color is different, the texture was different," Roque said.

She let the mixture stand for a while, and noticed it separated -- something baby formula never did.

"And then when I poured it the bottle into the sink I saw how it got, that's when it hit me," Roque said. "I saw how it clumped up and I'm like oh my god my daughter's stomach is just the same or worse."

She now believes it was flour.

Credit: WCNC
Scammers are accused of purchasing baby formula, and returning the cans filled with flour.

She notified Wal-Mart, who told NBC Charlotte that store policy is to not put any returned products back on the shelves, but they confirmed they're investigating this incident.

This is not the first time this kind of thing has been reported.

In 2017, a woman pleaded guilty to tampering with baby formula and replacing it with a flour and sugar mixture before returning it for cash.

"It was very clumpy at the bottom none of it had poured out," she said. "Then I noticed the color and consistency was off."

She tasted it, and says that's when she realized it was flour.

"You don't know they're allergic, if her throat had closed up from a gluten reaction," she said.

WCNC also found several other reports – stores like Walmart and CVS are launching numerous investigations into these claims over the past few years.

"It's happening and it's not right," Roque said.

When buying formula, make sure everything is sealed, not damaged or opened. Formula also will always mix with water, so if it separates, that's a sign it might contain something else.