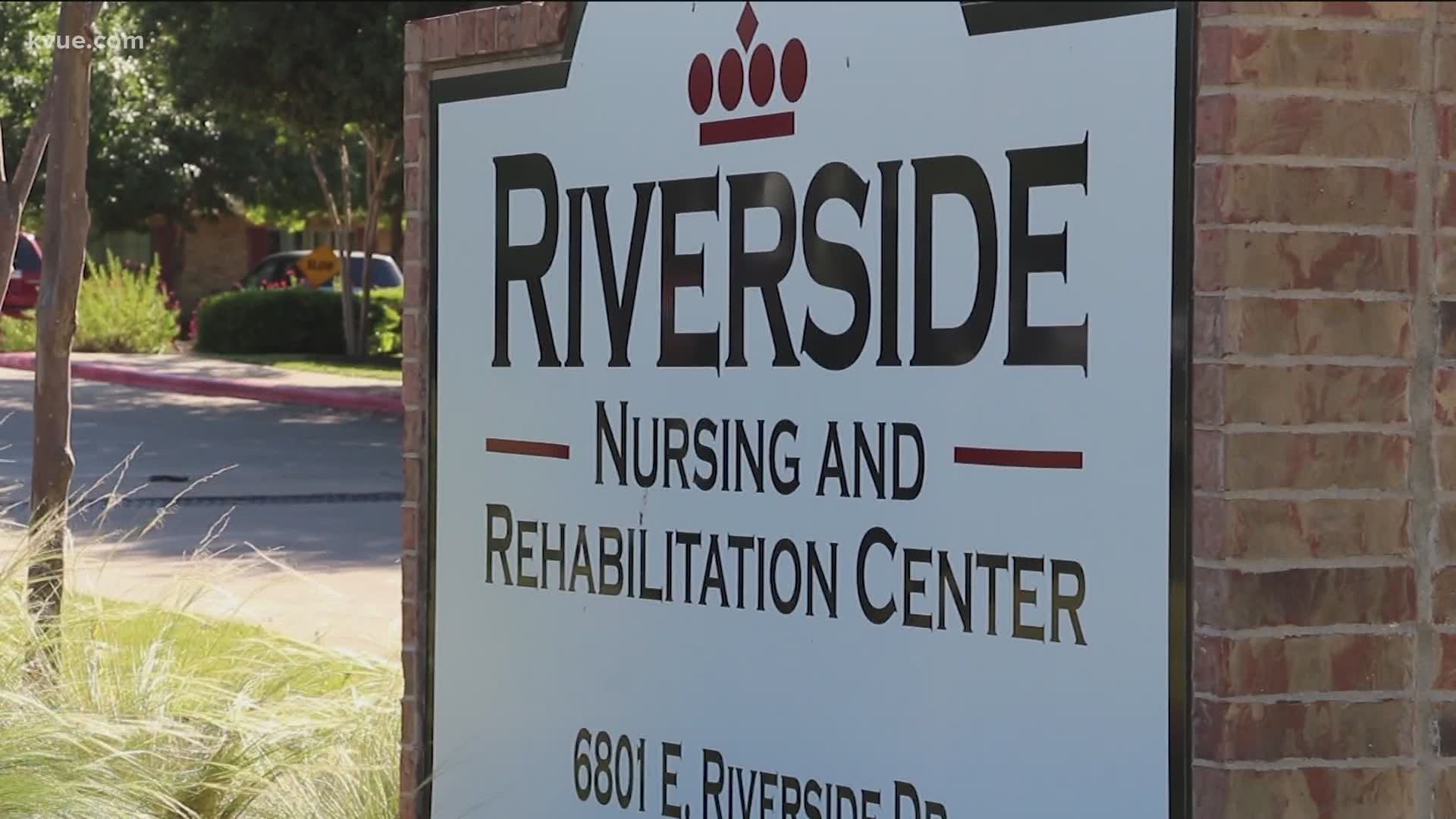 AUSTIN, Texas — More than 4,000 Texas nursing home residents have tested positive for COVID-19. About 700 of them have died.

But the KVUE Defenders found data showing us these facilities were failing to meet infection control standards long before COVID-19 hit.

“We should be completely learning from the failures that we are seeing right now in nursing homes,” Cissy Sanders said.

Sanders is worried about her mom, who lives in Riverside Nursing and Rehabilitation Center in South Austin.

KVUE reported Riverside has a history of violating federal standards — one related to infection control.

A spokesperson said earlier this month that new management took over the facility last year, and has made several changes to rectify those complaints.

“It’s an absolute clear link to what is going on now,” Sanders said.

A history of infection control violations in nursing homes is a problem across the country.

A new report from the U.S. Government Accountability Office found 82% of all nursing homes violated infection control standards between 2013 and 2017.

“We really need to take a good look at infection control and figure out, are we doing enough to hold facilities accountable today,” American Association of Retired Persons (AARP) representative Amanda Fredriksen said.

The KVUE Defenders obtained federal inspection records from the last three years, showing the most recent history of infection control problems in Texas.

Some worry a history of infection control deficiencies could explain why COVID-19 is hitting nursing homes so hard.

“So there’s a direct link between the history of infection control problems in our long-term care facilities and the outbreaks we’re seeing of COVID-19 in these facilities across Texas,” Rep. James Talarico, Dist. 52, said.

The governor later ordered testing for all staff and residents, which had to be finished by May 27.

But Rep. Talarico says in the future, the State needs to go beyond implementing more strict infection control standards.

“Strong oversight, strong standards and requirements are important,” Rep. Talarico said. “But if it’s not met with investment and resources and training, then those standards don’t do very much.”

People are still pushing for Texas to publish which nursing homes have cases of COVID-19. While the State waits for an opinion from the Office of the Attorney General, the federal government has promised to release the names of those facilities at the end of the month.

Now families and advocates are hoping changes are made to improve infection control at these facilities in the future.

“None of us will have a good excuse if all of this all repeats itself in the nursing homes yet again when we have an opportunity right now to make improvements,” Sanders said.

Centers for Medicare and Medicaid Services suspended routine nursing home inspections back on March 23. The agency ordered only immediate jeopardy and infection control inspections because of COVID-19.

CMS plans to start posting those inspection results in the coming weeks.