According to Ag. Commissioner Ryan Quarles, Tyson’s announcement may lead to short-term shortages, but Kentucky’s farms are stepping up. 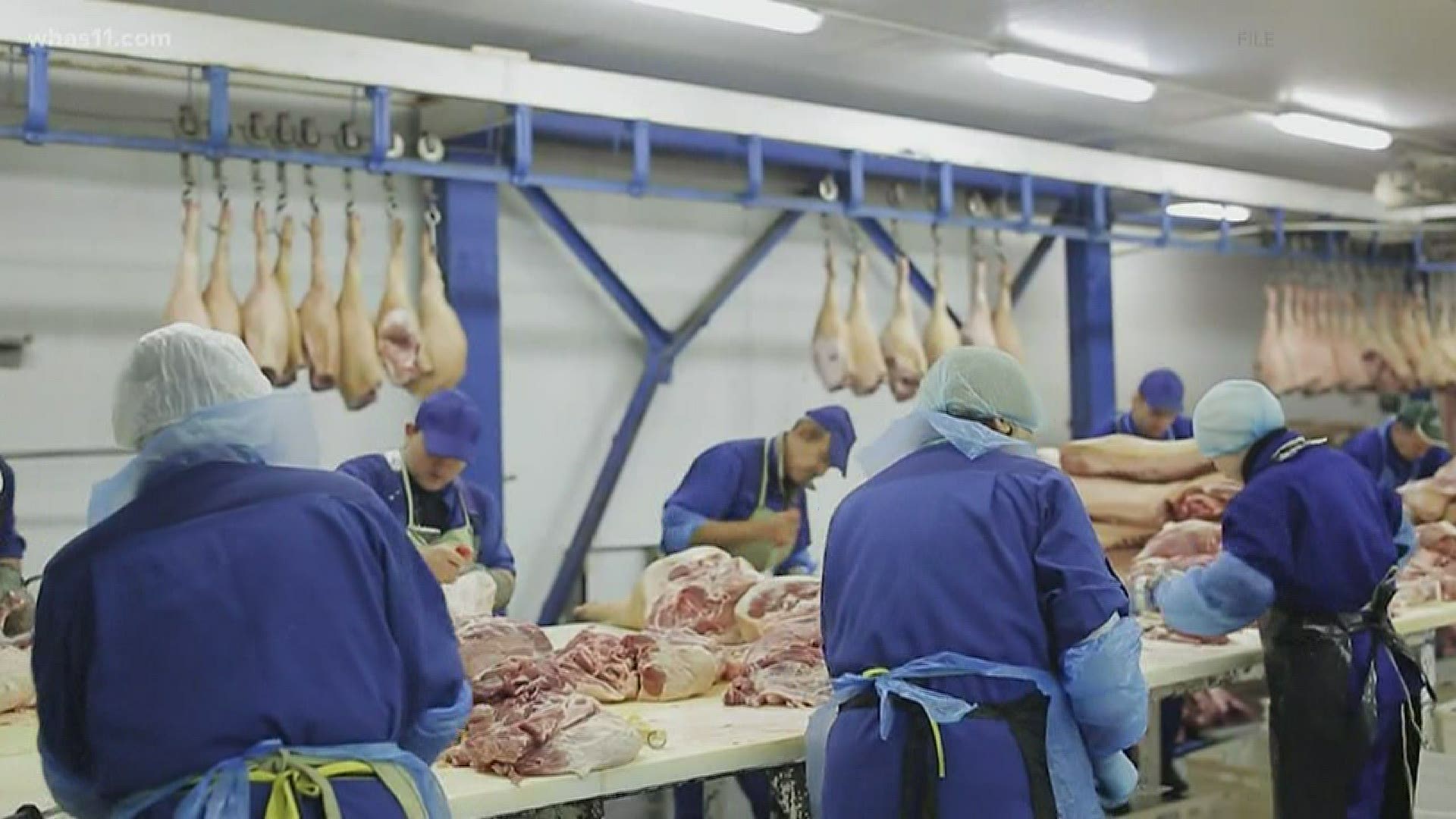 FRANKFORT, Ky. — One of the country's biggest meat processors, Tyson Foods, warned the COVID-19 crisis is breaking America's food supply chain. Tyson made the announcement in full page newspaper ads warning that closures to test workers at a facility in Logansport, Indiana and Iowa are threatening the food supply.

Kentucky Agriculture Commissioner Ryan Quarles says Kentucky processors have not seen large impacts. If other states begin to see more issues, he said, consumers might see shortages of some beef, chicken and pork products but he would hope that any shortage would be short-term.

“I think it's important that Americans know that we have an abundance of food in America and we are going to do everything we can to rise to challenge to feed Americans while at the same time combating COVID-19," said Commissioner Quarles.

RELATED: Tyson Foods warns 'the food supply chain is breaking' as plants close due to coronavirus

Last week, Quarles and the United Food Commercial Workers Local 227 sent a letter to Governor Andy Beshear asking that food processing worker be given a place in line for PPE as it is made available.

After the Tyson claims were made public, the USDA released a statement:

“The food supply chain is a critical industry in the United States and Secretary Perdue fully recognizes the need to keep workers and inspectors safe during the COVID-19 national emergency. He also applauds the true commitment and patriotism our food supply chain workers have shown during this time and the work they continue to do day in and day out. USDA recognizes and supports the efforts of private industry and companies to maintain operational status of their facilities while also maintaining the safety and health of their workforce. USDA, together with the FDA and CDC, will continue to support a whole of America approach to ensure the food supply chain remains safe and secure.”

“As an essential industry," Quarles said, “agriculture is really being tested in ways it hasn't been since World War II."

Tyson claims reveal a major test especially for the poultry industry. A delay of a week or two could render a bird too big for processing.

Tyson's CEO claims that some animals will be destroyed, before making it to market, if problems persist. That’s an outcome no one wants to consider but a real possibility. Customers and farmers will be left to feel the ripple effects. For how long, is anyone's guess.