'What we need is change.' Kentuckians join 2020 March on Washington

Thousands gathered at the National Mall in Washington D.C. to call for racial equality 57 years after Dr. Martin Luther King Jr.'s March on Washington in 1963. 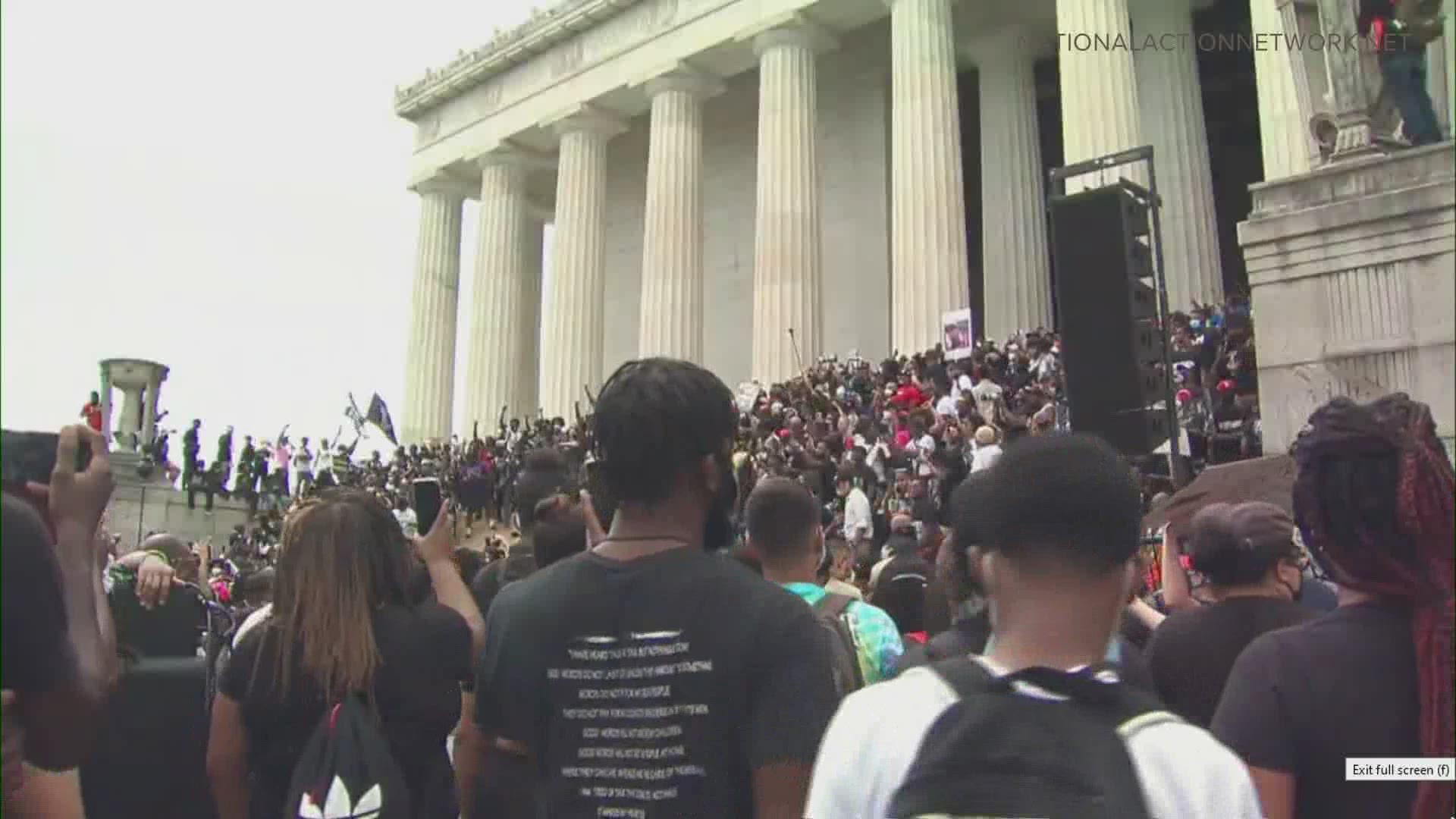 LOUISVILLE, Ky. — The mother of Breonna Taylor came face to face with thousands chanting her daughter’s name Friday afternoon during the 2020 March on Washington.

Her comments were brief, but sparked a roar from the crowd.

“What we need is change, and we're at a point where we can get that change,” she said.

Her daughter inspired many in Louisville to take a stand against police brutality, including Montez Jones.

Jones has been a part of the Louisville protests for 94 days, but this time, he joined the thousands in D.C. with the same mission.

He said he feels blessed to march the same streets Martin Luther King Jr did 57 years ago, when he delivered his 'I have a dream' speech.

“Just to be a part of that, it's breathtaking because I never in a million years thought I'd be there doing that,” he said.

Kentucky State Representative Charles Booker also shared words from the steps of the Lincoln Memorial, calling it a moment to “rise up.”

“If we stand united, if we march together, if we bend that arch together there's nothing we can't do.”

RELATED: Kentuckians to join tens of thousands for March on Washington