'The truth is going to come out this time:' Killeen robbery suspect featured on Netflix speaks from the Bell County Jail

George Powell remains in the Bell County Jail awaiting a lower bond so he can return home ahead of his new trial. 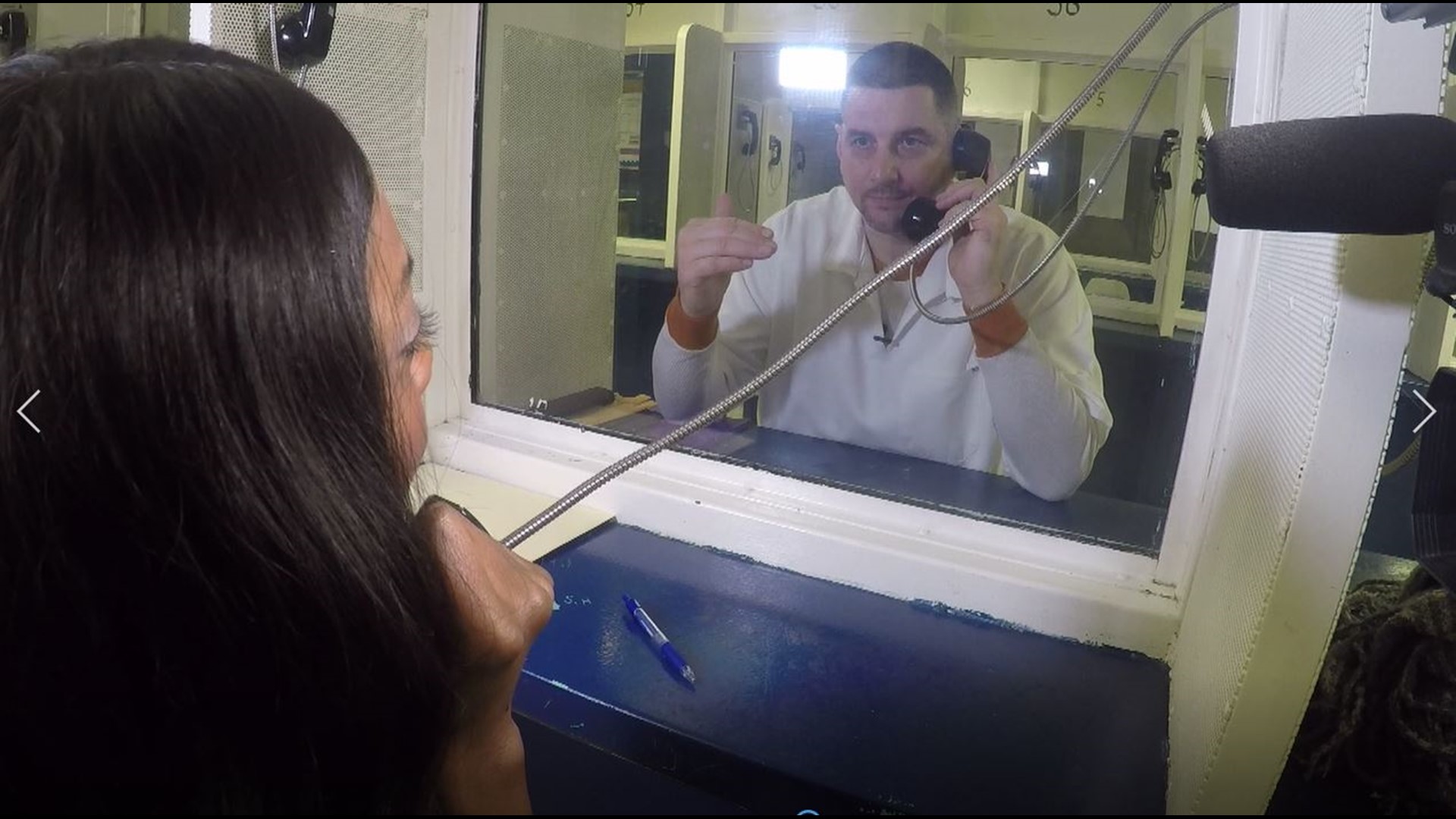 Accused robber George Powell remains in the Bell County Jail two weeks after he was moved there from the Gatesville prison. Powell is still unsure of when he might be able to go home.

Powell was moved to the Bell County Jail last week after his armed robbery conviction was vacated.

Powell was convicted of robbing a Killeen 7-11 in 2008, but the conviction was vacated due to prosecutorial misconduct.

The case gained national attention due to false testimony from a jailhouse informant and major height discrepancies between Powell and the suspect captured in the surveillance video of the robbery.

In an exclusive interview with 6 News reporter Emani Payne, Powell shared his thoughts on this unpredictable time in his life.

During a hearing last week, Powell’s original $500,000 bond from 2008 was reinstated. Powell’s attorney called the bond unreasonable and plans to fight for a lower bond for Powell at a hearing Wednesday afternoon.

"I've been gone for almost 12 years now and I don't have a dollar. All I have is me, maintaining my innocence. I shouldn't be in here in the first place, but that's not going to change until we go to trial," Powell said.

Powell said he is staying focused and hopeful while behind bars. He relies on his faith for comfort and often dreams of working a job, getting back in the music studio, and creating criminal justice reform.

Powell is optimistic about the new trial and confident in his representation from The Innocence Project of Texas, an organization that fights wrongful convictions.

"There's a lot of new evidence that has been discovered since the first trial. The truth is going to come out this time and we will get a not guilty verdict," Powell said.

If Powell gets out of jail on bond, he joked that he is looking forward to having a drink, specifically a crown and coke. He said he plans to create real change with his time on the outside.

Powell hopes to return the favor for all the help he said he's received so far.

"Emani, without you and without the story getting out there, I do not think that things would've gone quite like they have," Powell said.

He said if he gets a not guilty verdict following his new trial, he plans to stay in Bell County to help where major criminal justice reform is needed.

Powell said he is looking forward to his next hearing, which is scheduled for Wednesday afternoon. His legal team will have another chance to fight for a lower bond.

Sami Brown: How a Midway student qualified for American Idol and a D1 scholarship