After a judge accepted a plea deal on Monday that left Jacob Anderson with no jail time, the woman who claimed Anderson raped her filed a lawsuit Tuesday asking for more than $1 million in damages. 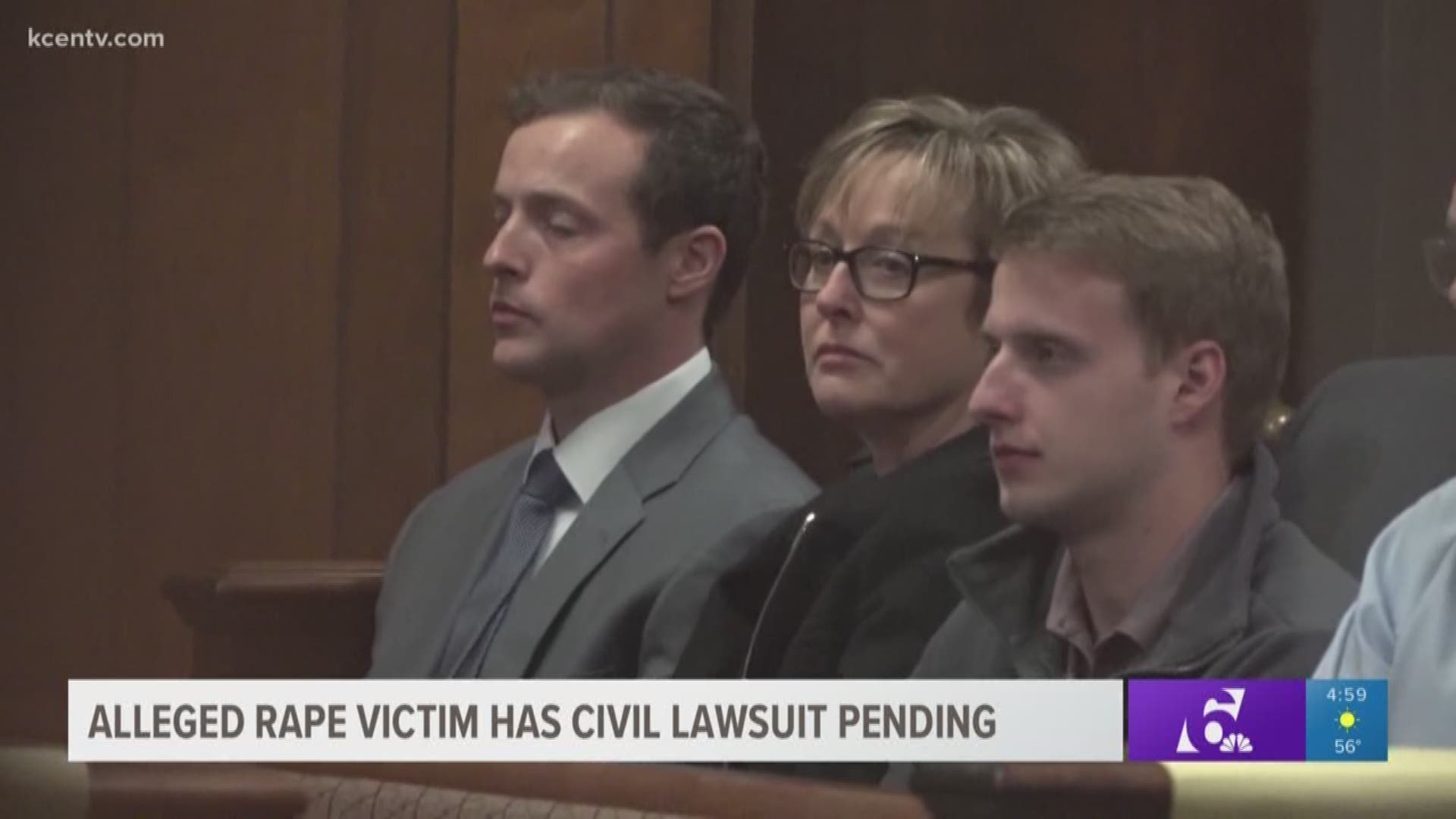 WACO, Texas — The plea deal that kept a former Baylor fraternity president, who was facing a rape charge, out of jail has received national attention, but the case may be far from over.

The woman who claimed Jacob Anderson raped her is now gearing up for a civil suit for more than a million dollars.

On Monday, 19th District Court Judge Ralph Strother accepted the plea deal that sentenced Anderson to three years probation and avoid jail time, in exchange for pleading no contest to a reduced charge.

The news was met with outrage by many, including the plaintiff who said she felt like she was denied her day in court.

The lawsuit said that the fraternity failed to have adequate policies and procedures in place to monitor their guests' alcohol consumption. It also said it failed to properly, and in a timely fashion, report claims of sexual assault.

The suit also points out that Baylor prohibits fraternity houses on campus. The party where the woman claimed the sexual assault happened was held at the "Phi Delt Ranch," a house Jennette Hunicutt, who is also being sued, owns.

The lawsuit claims Hunicutt knew members of Phi Delta Theta occupied and used the house as a fraternity house in violation of Baylor's policy.

You can read the full lawsuit below: