In 2017 he tied the record when he turned 100. Now he went back to take the title, but he didn't jump just to beat the record. 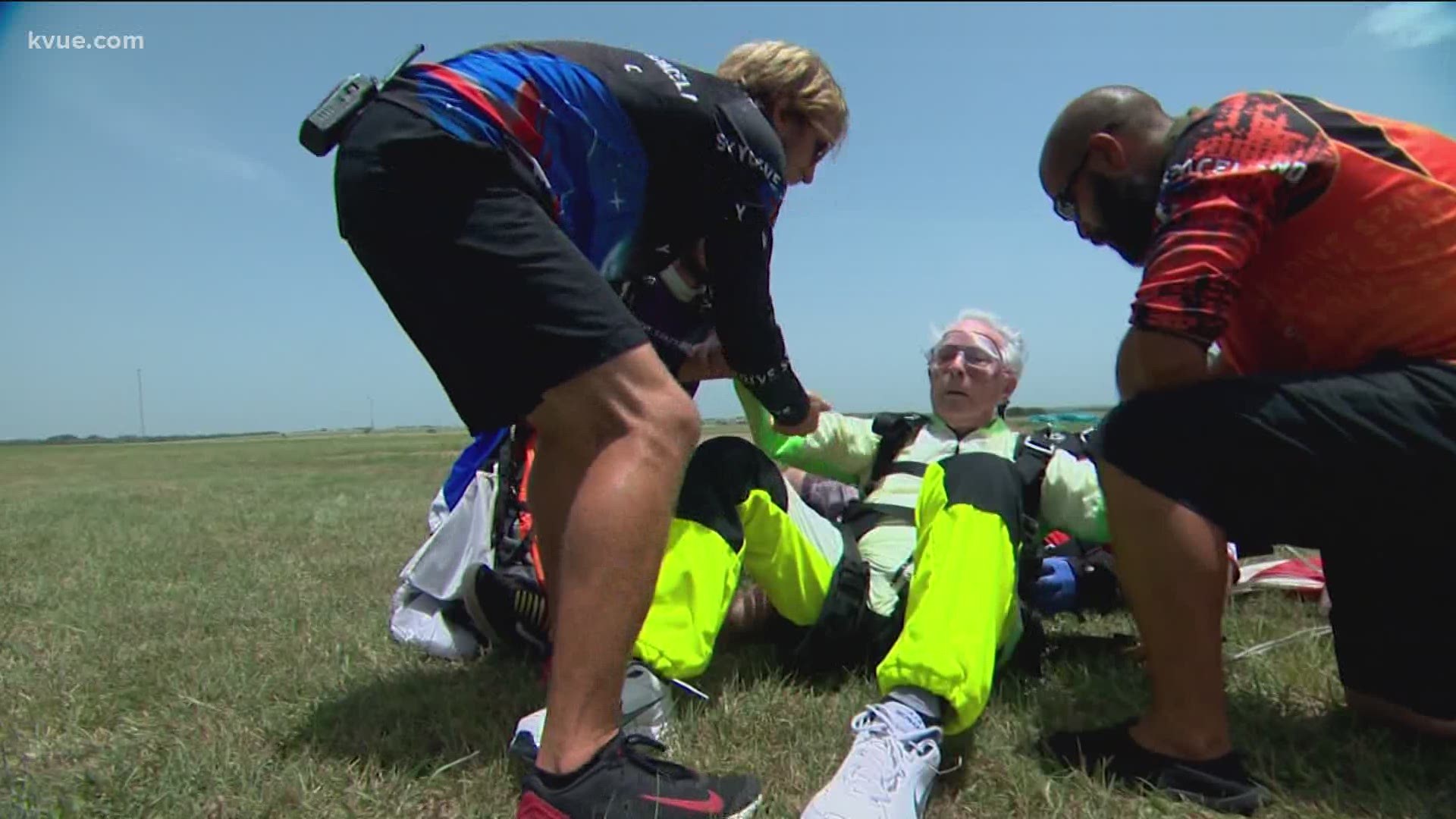 SAN MARCOS, Texas — A celebration, unlike anything that has ever been done – one Central Texas man and his grandsons did something else that no one else in the world has ever done.

The first time you go skydiving can be nerve-wracking.

"It is. It very much is," said Jason Blaschke, who's skydiving with his twin brother, Kevin.

The two of them have an even more nerve-wracking experience, being interviewed by reporters before their first jump.

"I don't think I thought there would be this many people here for us," said Kevin Blaschke. "But there's a world record involved, so it makes sense, definitely."

There's a world record involved, not because of the twins jumping, but because of who's jumping with them.

"You will become the oldest person ever to do this," said one of the reporters to Al Blaschke, the twins' grandfather.

"Oh yes, yes, yes," said Al Blaschke. He's trying to be the oldest to ever skydive, alongside his grandkids.

"I'm excited to see my grandsons up there – that's what I'm excited about," he said. "That's my dream. I never thought I'd be around this long."

RELATED: Skydive Spaceland shares tribute in the sky to Bush 41

While it's their first time, Al Blaschke has done it once before.

"I will not jump just to jump," he explained. "I jump to celebrate something. I celebrated my 100th birthday and now I'm celebrating my grandson's graduation from college."

It's nothing that's shocking to his son.

"Yeah, when you say I'm going to jump at 103 and you've already jumped at 100, why not?" said his son, David Blaschke, safely on the ground at Skydive Spaceland San Marcos.

David Blaschke and others waited to see the oldest person ever to jump out of an airplane.

But like all good things, even this, must come to an end.

"Did you have fun?" asked Kevin Blaschke after the jump.

"Oh yes, this was altogether way different than my first jump," replied Al Blaschke. "This was a real jump."

It was a world record jump attempt only made better by family.

"We love you, Grandpa," said Kevin Blaschke, "forever and ever."