The folding of the flag is something you may have seen happen, whether in movies, on television or even real life. But have you ever noticed how Honor Guards pay careful attention to correctly fold the flag 13 times? 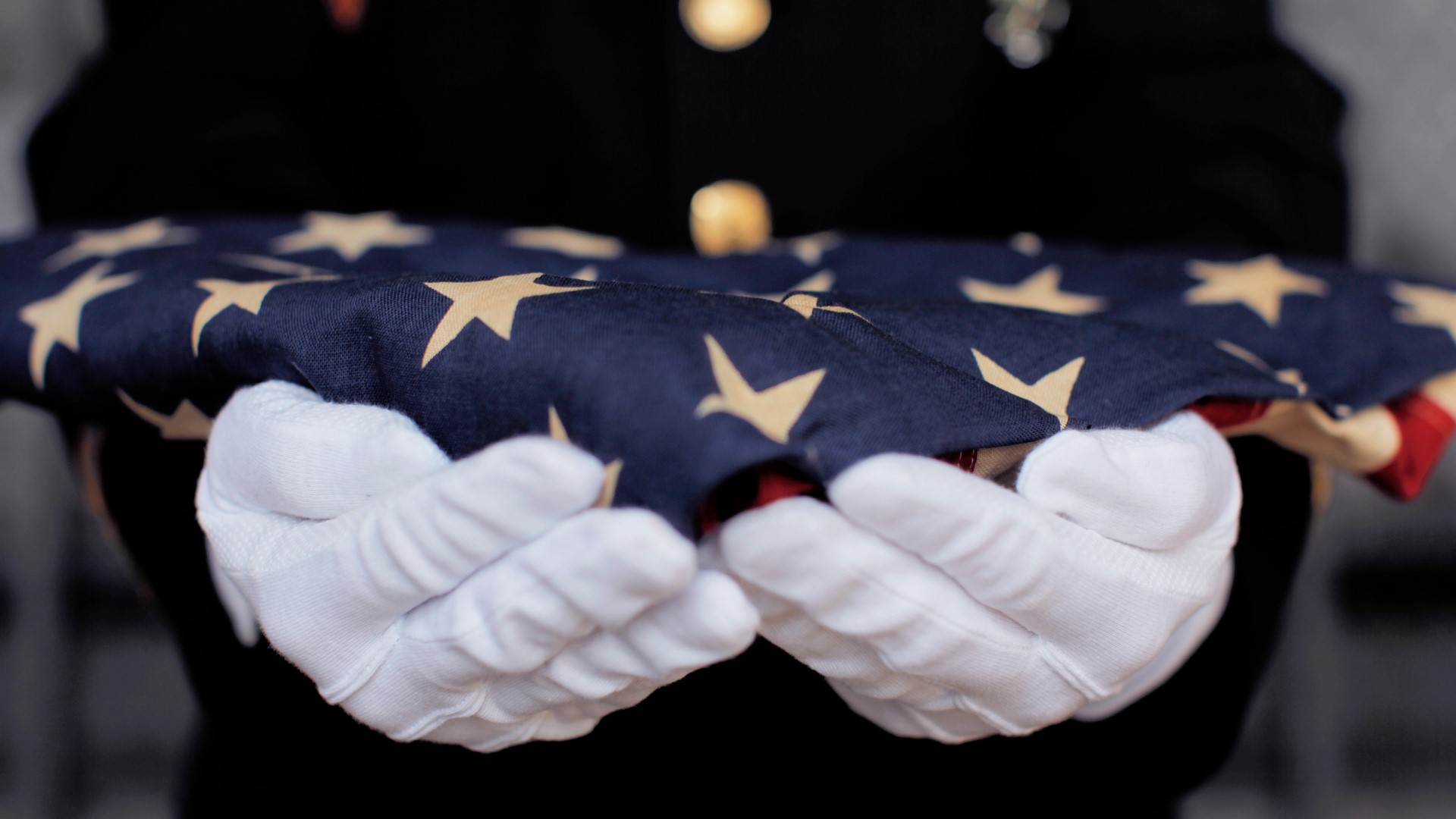 SEGUIN, Texas — The American Flag is one of the most recognizable symbols of this great nation, from its red, white and blue colors, to the 50 stars that adorn it—one for each state.

The colors of the flag have their own meaning. Red symbolizes hardiness and valor, white stands for purity and innocence and blue represents vigilance, perseverance, and justice. The flag also has 13 stripes, one stripe representing one of the 13 original colonies.

The folding of the flag is something you may have seen happen, whether in movies, on television or even real life. But have you ever noticed how Honor Guards pay careful attention to correctly fold the flag 13 times?

Each fold has meaning and, no, it doesn't have anything to do with the 13 colonies.

Military Matters reporter Bary Roy sat down with members of Disabled American Veterans, Chapter 61, to learn the significance behind the folds of the American flag for fallen veterans.

The 1st fold
Is a symbol of life.

The 3rd fold
Made in honor of and remembrance of the veterans departing our ranks who gave a portion of their lives for the defense of our country to attain peace throughout the world.

The 4th fold
Represents our weaker nature, for as American citizens trusting in God, it is to Him we turn in times of peace as well as in times of war, for His divine guidance.

The 5th fold
Tribute to our country, for in the words of Stephen Decatur, "Our country, in dealing with other countries, may she always be right; but it is still our country, right or wrong."

The 6th fold
Where our hearts lie. It is with our hearts that we pledge allegiance to the flag of the United States of America, and to the Republic for which it stands, one nation, under God, indivisible, with liberty and justice for all.

The 7th fold
Tribute to our Armed Forces, for it is through them that we protect our country and flag against all her enemies, whether they be found within or without the boundaries of our republic.

The 8th fold
Tribute to the one who entered into the valley of the shadow of death, that we might see the light of death.

The 9th fold
Tribute to womanhood and mothers. For it has been through their faith, their love, their loyalty, and their devotion, that the character of the men and women who have made this country great, has been molded.

The 10th fold
Tribute to the father, for he too has given his sons and daughters for the defense of our country since they were first born.

The 11th fold
Represents the lower portion of the seal of the of King David and King Solomon, and glorifies in the Hebrews eyes, the God of Abraham, Isaac, and Jacob.

The 12th fold
Represents an emblem of eternity and glorifies in the Christians' eyes, God the Father, the Son, and the Holy Spirit.

The 13th fold
Or when the flag is completely folded, the stars in the uppermost, reminding us of our nation's motto, "In God We Trust."

Did you know, the flag is folded and tucked in to take on the appearance of a cocked hat, acting as a reminder of the soldiers who served under General George Washington. It also pays homage to the sailors and marines who served under the leadership of Captain John Paul Jones, who were followed by their shipmates in the Armed Forces of the United States of America, upholding the privileges and freedoms we hold today.