18-wheeler veers off I-35, crashes into Bellmead H-E-B car wash 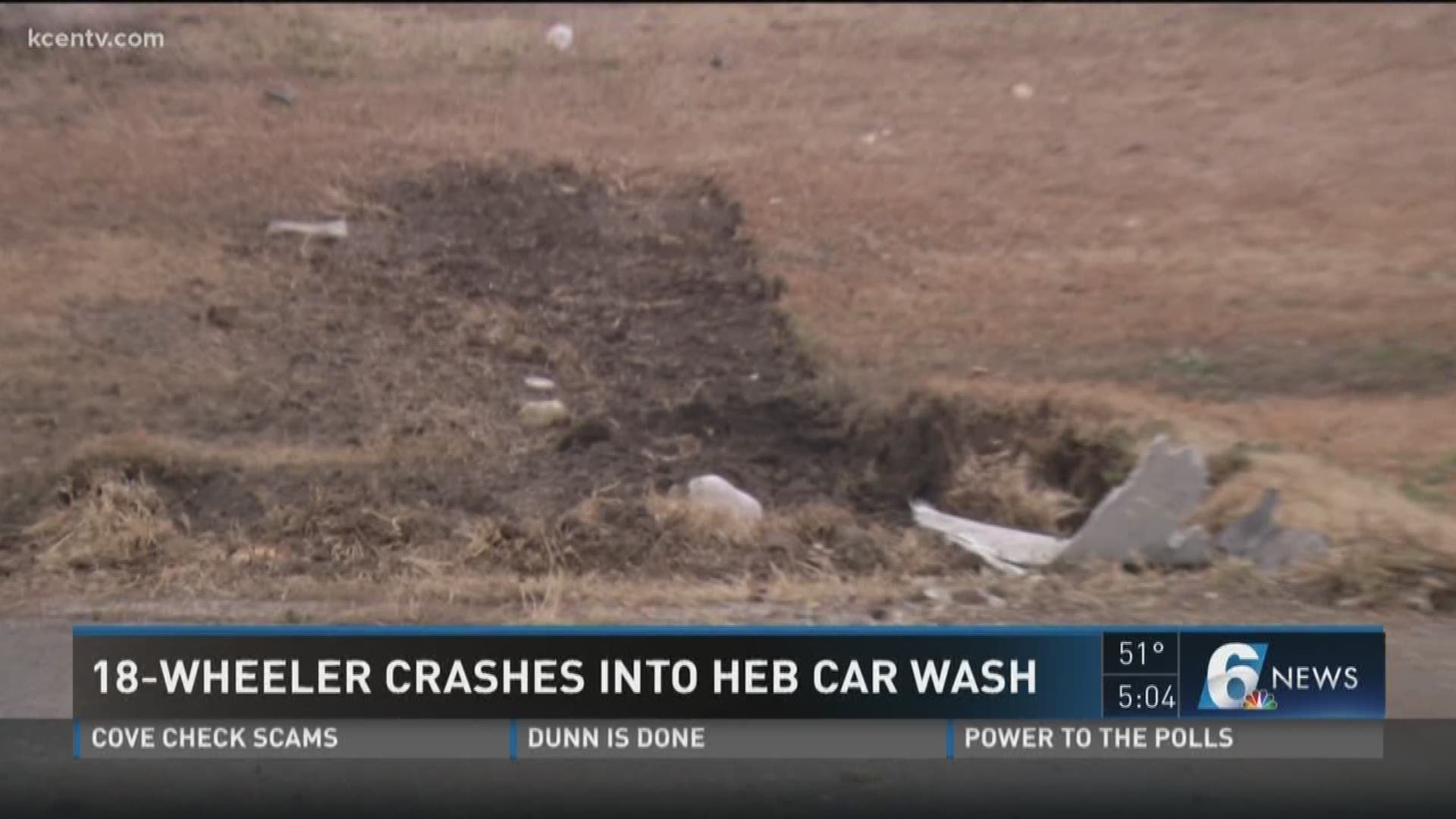 BELLMEAD -- An 18-wheeler driver believed to have suffered a medical emergency on I-35, drove off the interstate, came down the embankment, crossed the service road, hit two metal light poles and another vehicle before plowing into the car wash at the Bellmead H-E-B, where the semi spilled fuel shortly after 12 a.m. Friday.

Waco Police said the 69-year-old man behind the wheel was thought to have had a potentially life-threatening medical episode right before he crashed. He was taken to Hillcrest Hospital with serious injuries.

The driver of the other vehicle was not hurt.

A HazMat crew responded to help clean-up the scene.