"I thought I was going to die." 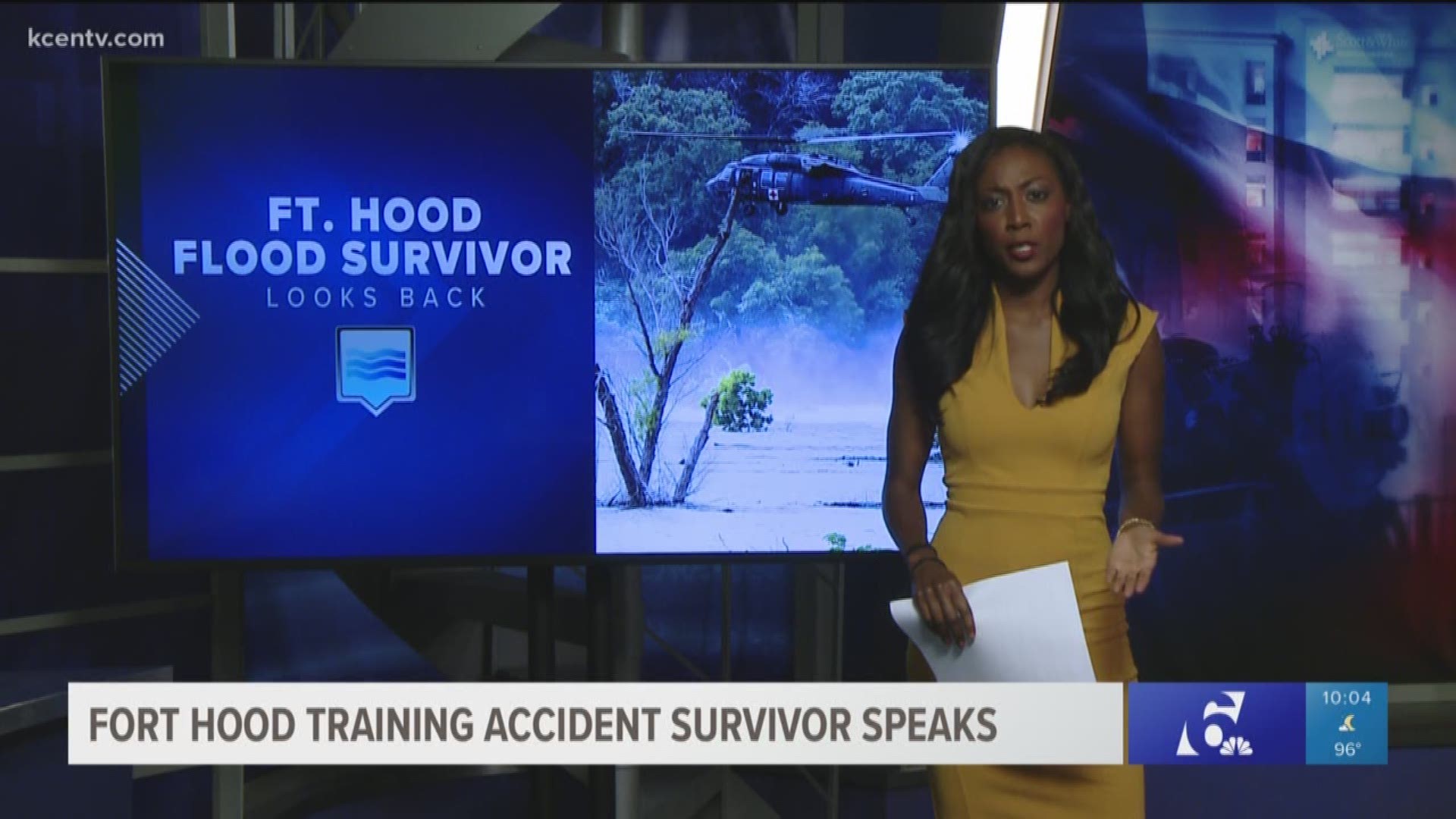 Fort Hood — It's been nearly two years since the tragic water training accident on Fort Hood, which left nine soldiers dead. Twelve soldiers were riding in a truck when it rolled over in flooded Owl Creek, only three soldiers survived. Kameron Robinson is one of the survivors, he spoke out on camera for the first time about that day Thursday night.

Robinson says even though it's been two years since the tragedy, the day still haunts him.

"I thought I was going to die," Robinson said.

Robinson says it was supposed to be a routine tactical training on June 2, 2016.

The weather was bad and there were flash flood warnings but Robinson says his team was still sent out for low water training.

"I said Sir should we be going out here because we don't feel comfortable. He said we needed to train because it had been a while since we last trained," Robinson said.

Robinson said it didn't take long for water to enter their vehicle and rise to their chests.

"Water starts hitting our feet and I'm like maybe we're just going over somewhere it's flooded, then it got to our kneecaps, then to our chest and I'm like hey guys do not freak out because if you freak out you're going to lose oxygen," Robinson said.

Robinson tried to calm his fellow soldiers but things took a turn for the worse, their vehicle started to overturn.

"I put my hands on the top bars and the water fills up. The truck starts rolling and I'm thinking I'm about to drown in an accident. There were nine of us back there and three in the cab, but when we popped back up there were only three of us," Robinson said.

Robinson says he was thrown out of the vehicle and clung to branches screaming for his friends, he quickly went into shock.

"He's hanging onto the bush screaming help me help me while he's throwing up water," Robinson said.

Robinson and his fellow soldiers called out in the water for survivors. Robinson was transported to the hospital where he slowly began receiving the news one by one that nine of his friends and fellow soldiers on the truck with him had died.

"I didn't know how to react, I was still in disbelief like there's no way," Robinson said.

After the accident Robinson fell into a depression and went to counseling sessions to make sense of it all.

"I think about pain, loss, confusion, I don't know what happened," Robinson said.

2 years later Robinson is still making sure his friends, their strength, and their story lives on.

"I'd say we're all out here still thinking about them, we're out here living for them, they're never forgotten," Robinson said.

Robinson said those close to the fallen soldiers are gathering this weekend to be together during this difficult period.