Their parents, Maria and Jeffrey Gilseth, are accused of kidnapping them and are currently being held in Bell County Jail, police said. 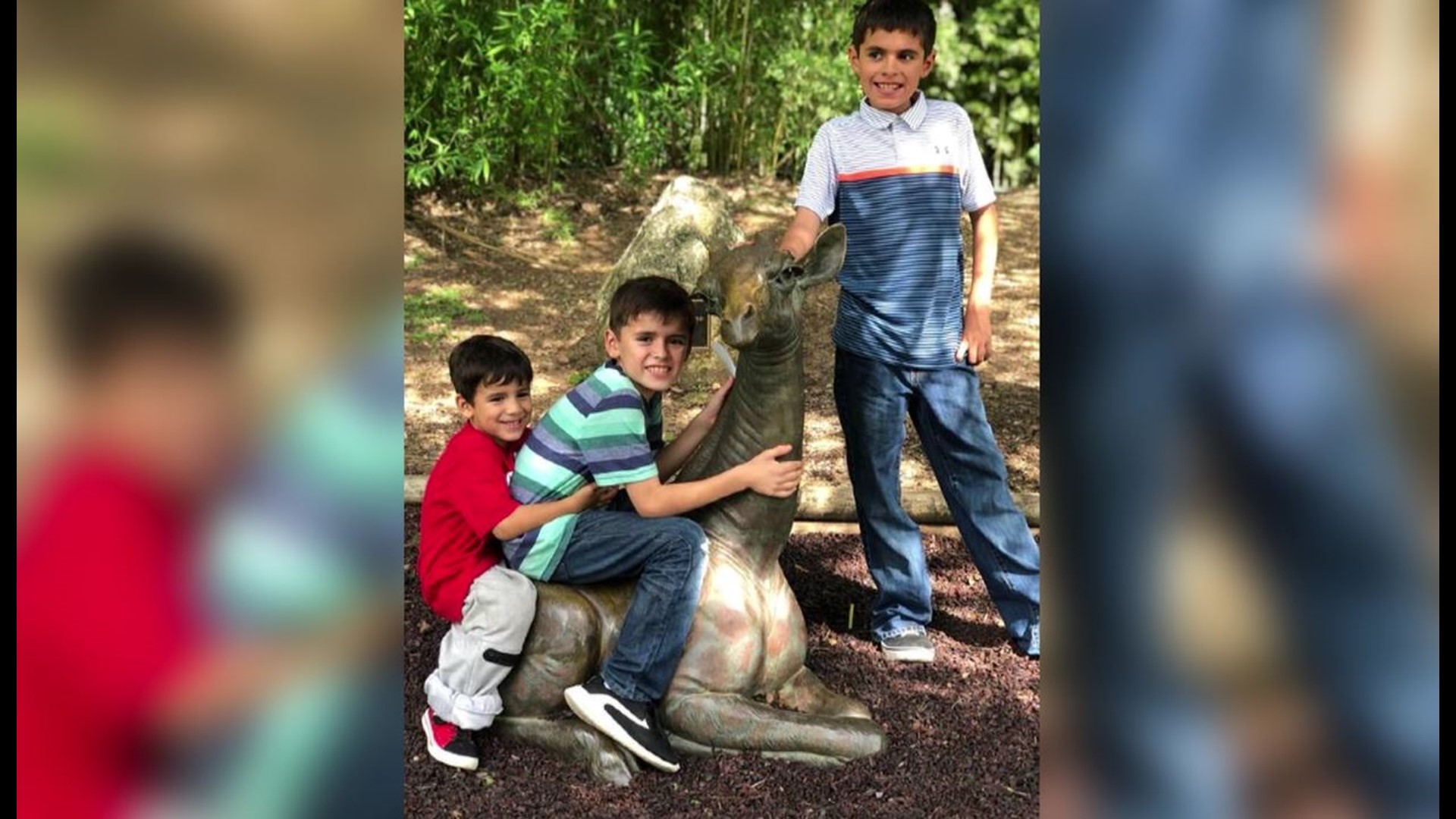 KILLEEN, Texas — Three Killeen boys, whose parents are accused of kidnapping them and taking them to Kansas, are back home safe and sound with their grandparents, their uncle said.

Reid Blundell said he can't imagine what his nephews Hunter, Dylan and Levi Gilseth have gone through the past month. He said he hopes now that they're back with family where they belong, he hopes they can once again focus on just being kids.

"I think they just thought 'oh we're going on a trip with Mom and Dad we're hanging out,'" he said. "I don't think they fully understood 'oh something is wrong' or something bad is going on."

The Gilseths took their three sons on Feb. 21 during a supervised visit after Child Protective Services removed the boys from their custody.

After six days on the run, the Gilseths were found and arrested in Topeka, Kansas, according to U.S. Marshal Ron Miller of the district for Kansas.

Now that the boys are back home, Blundell said their grandmother is relieved.

"She was very worried having been at the location when it happened," he said. "My mom got really excited and made a statement like 'oh the kids are coming home!' and it was really nice to hear genuine excitement and relief from her."

Blundell said he's spoken to the boys on Facetime many times since their return. He said it's a process to get them back in the swing of things, but the boys are doing well and are in good spirits.

"They've been hanging out and seeing friends. The first day back they were a little standoffish," he said. "I think they were trying to adjust as they were having to get some of the information, but after day one, they were back to their normal happy self. I think it's something that will still take time to get over if you actually ever get over something like that."

Blundell also said the whole situation was just another level of the abusive relationship his sister had to endure with her husband for years.

He said he hopes anyone in an unhealthy relationship looks at this situation and gets out before it's too late.

"I'm sure there's a lot of people that are in domestic violence relationships that, sadly, this is what it can escalate to," he said. "Get out while you can and make sure you're safe, and if there's kids involved, make sure your kids are safe."

The parents are charged with interference with child custody and unlawful restraint. The two are scheduled for a court appearance on Wednesday.

RELATED: How the Gilseths lost custody of the 3 kids police say they kidnapped

RELATED: A look at the supervised meeting policies of Department of Family and Protective Services