The City of Temple showed off multiple additions to downtown with their Imagine Downtown event. The city connected 6 News with multiple attraction owners Thursday. 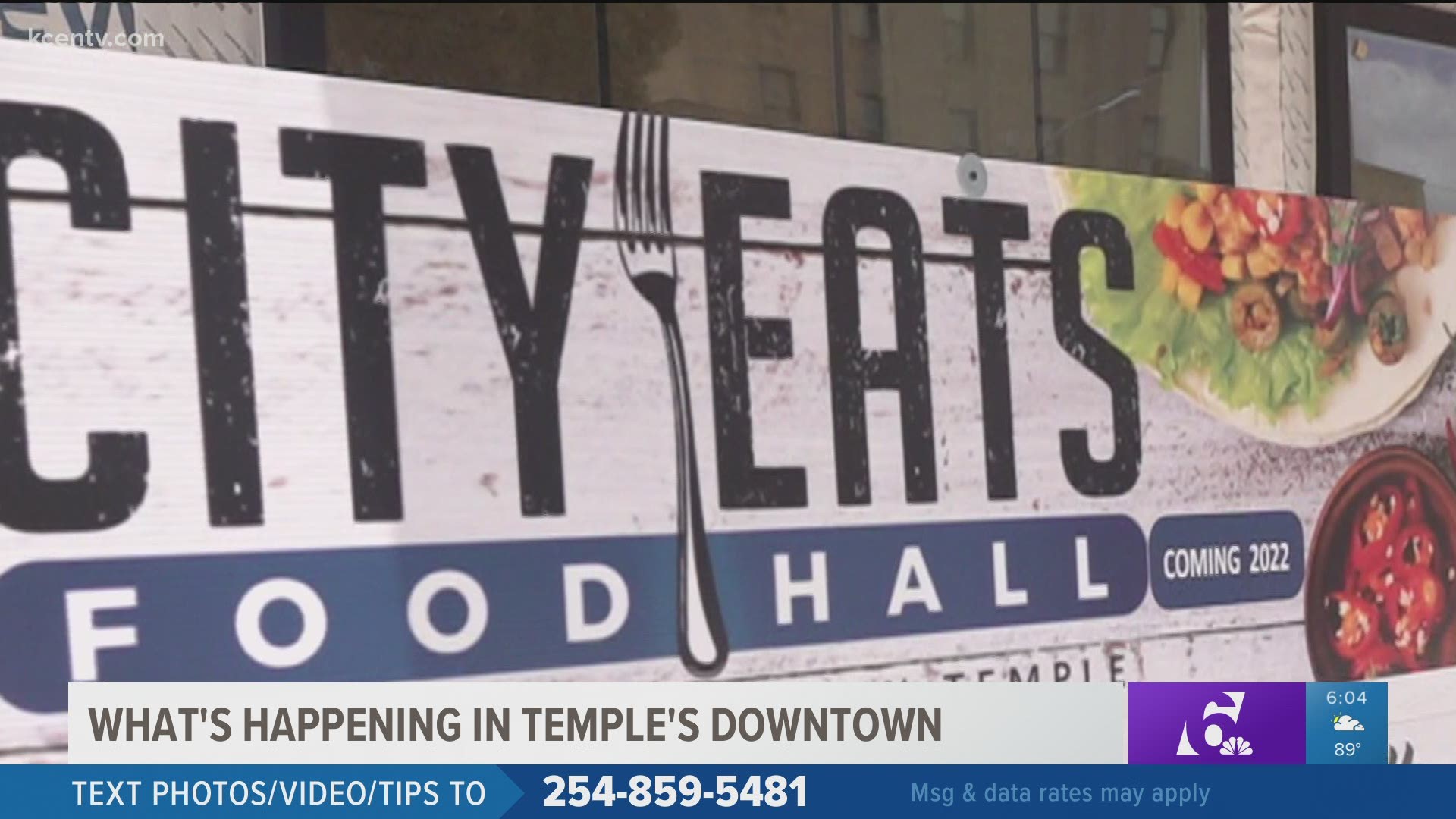 TEMPLE, Texas — Here are some of the new additions coming to Downtown Temple, more attractions and owners can be found here.

His company has purchased the In the Mood Ballroom and plans to put in bakery and butcher shop inside, as well as general groceries for the public. He also wants there to be a dining area so people can eat on site.

"We are trying to add to the overall experience of people that might live in Downtown Temple. They can literally walk down to the corner store and get what they need to prepare a meal," Bates said.

He hopes to begin construction in the last quarter of this year and open in the third quarter of 2022.

Bates' company also owns Bird Creek Burger Co. and they are eyeing a new location for the business at 8 S. 4th Street. Bates said they want to make it easier for guests to get into the restaurant and they are moving because they cannot expand in the current space.

The new location will have outdoor dining and a beer garden. Bates want's to look into putting brewery in the name, though they are still thinking it over.

"We will actually have more space outdoors that we had in the entire space of our location," Bates said.

Bates said the move should be complete in the second quarter of 2022.

At City Easts Food Hall, Rick Walker wants to give Temple locals a little bit of everything. He's planning a chef-driven menu, drinks, parlor games similar to Giant Jenga, and even a few bowling lanes.

Walker told 6 News burgers will be on the menu but he wants a chef to be able to come in and make the dishes their own. He has several floors to work with and is even considering a rooftop bar.

"It's going to be a place to come and spend the evening with kids. There will be games and food and drink and just a good old fashioned good time," he said.

Walker estimates the attraction will be finished in the second quarter of 2022.

John Vernon is converting a home at 209 N. 7th Street into a beer garden called FoxDog.

Vernon told 6 News he wants to help make Temple a more walkable and enjoyable experience, and believes that his new business will be accessible from local homes as well as people who part Downtown.

Vernon said FoxDog would also serve pastries but the main course will be provided by food trucks.

"With other partners in the neighborhood we would like to have rotating food trucks that can provide that hot meal that pairs well with beer and wine," Vernon.

Vernon told 6 News he hopes to open in the third quarter of this year.

Jack Folsom plans to put new business space and six upstairs apartments next to 201 S. Main Street. Folsom said developers think people are looking to move Downtown and he wants to provide them that option. He also has a new restaurant and bar in the works downtown.

Folsom said that the apartments wouldn't be finished until at least the first quarter of 2023.

Yes we know. Parking garages don't sound very exciting. But hey, you can't drive to Downtown if you can't find a place to park right?

The two new parking garages would provide and combined 600 spaces and are scheduled to be under construction in Fall of 2021.

RELATED: From Amazon to more road construction, big things on horizon for Waco