“When we say there are life and death consequences now, it’s not an exaggeration for a family like ours anymore,” said her mother, Katie Frugé. 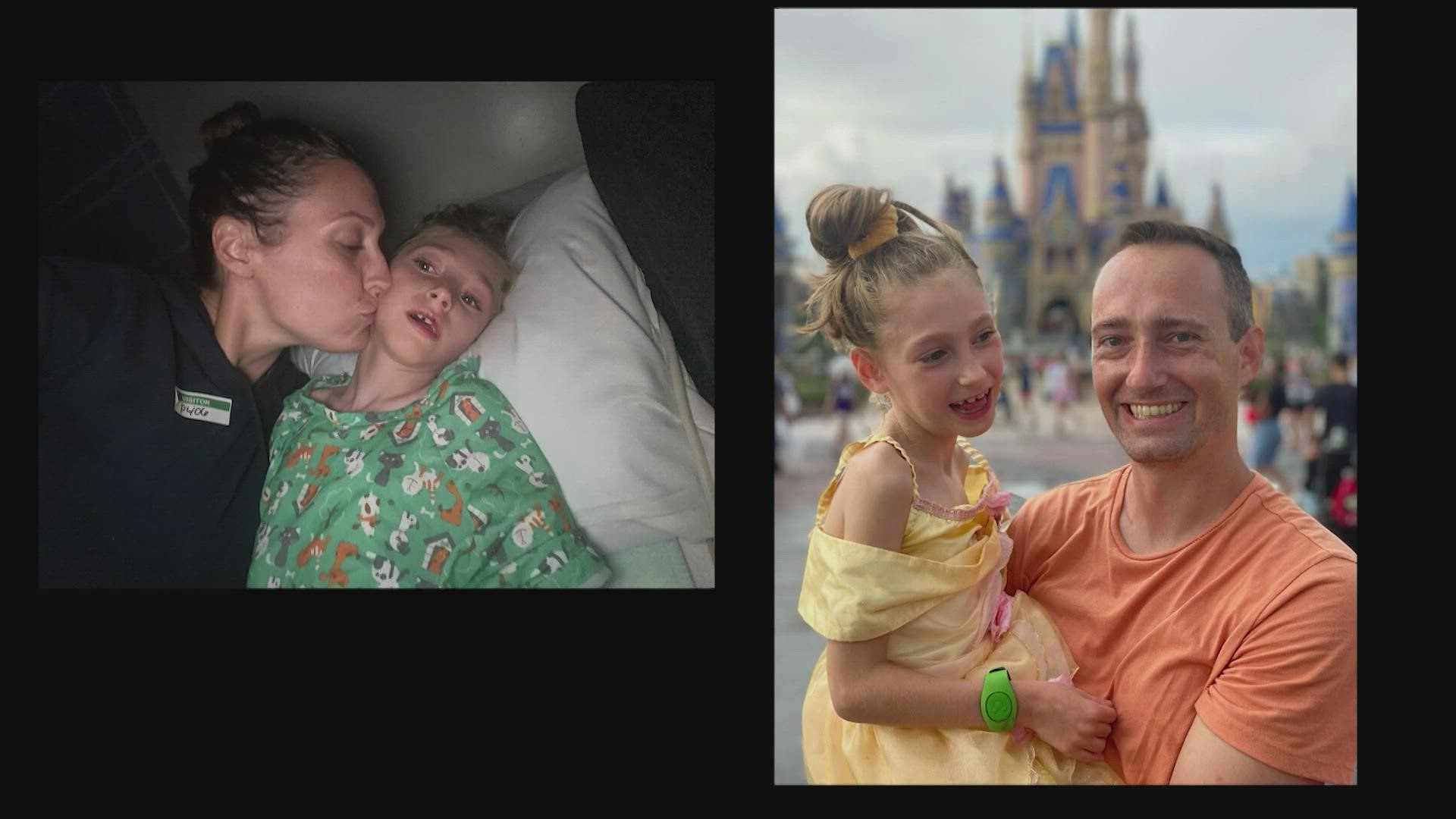 FORT WORTH, Texas — Seven-year-old Felicity “Lissy” Frugé has a smile that can light up any room.

Even through her long medical journey, she keeps that vibrant personality.

Lissy has moderate cerebral palsy. She can’t walk, talk, or eat by herself. Her parents, David and Katie Frugé have tried to avoid a feeding tube for her in order to give her the best quality of life possibly. They were making it work until she was recently hospitalized with Respiratory Syncytial Virus (RSV).

After that, doctors told her parents it was time for her to live with a feeding tube, which requires surgery.

Lissy was scheduled to have the surgery at Cook Children’s Medical Center Sept. 21, but it got postponed.

Thursday, Cook Children’s announced it would halt non-emergency surgeries due to staff and bed shortages from the latest COVID-19 surge. The hospital won’t begin rescheduling elective surgeries until Oct. 11 at the earliest.

“I was just… [disappointed] on so many different levels,” said Katie. “I know Cook Children’s didn’t make that decision lightly. I know that’s gutting them, but it also felt so unfair in the moment. This was so preventable, there were things we could be doing to keep kids safe right now.”

On Friday, a spokesperson for Cook Children’s said the hospital had 30 patients with COVID-19. The Dallas-Fort Worth Hospital Council said there were only four available pediatric ICU beds in North Texas Trauma Service Area E on Friday. The region has a population of more than 8 million people.

“If she gets sick, it would be disastrous for her and it would likely kill her,” said David. “Especially, if there aren’t spots for her in the hospital.”

They’ve submitted an appeal in which they asked Cook Children’s not to postpone Lissy’s elective surgery scheduled for next week. Friday, they were anxiously waiting for a response.

“When we say there are life and death consequences now, it’s not an exaggeration for a family like ours anymore,” said Katie.