After El Paso, more North Texans want to learn how to 'Stop the Bleed'

A North Texas company teaching 'Stop the Bleed' classes say they started filling up fast after the mass shooting in El Paso. 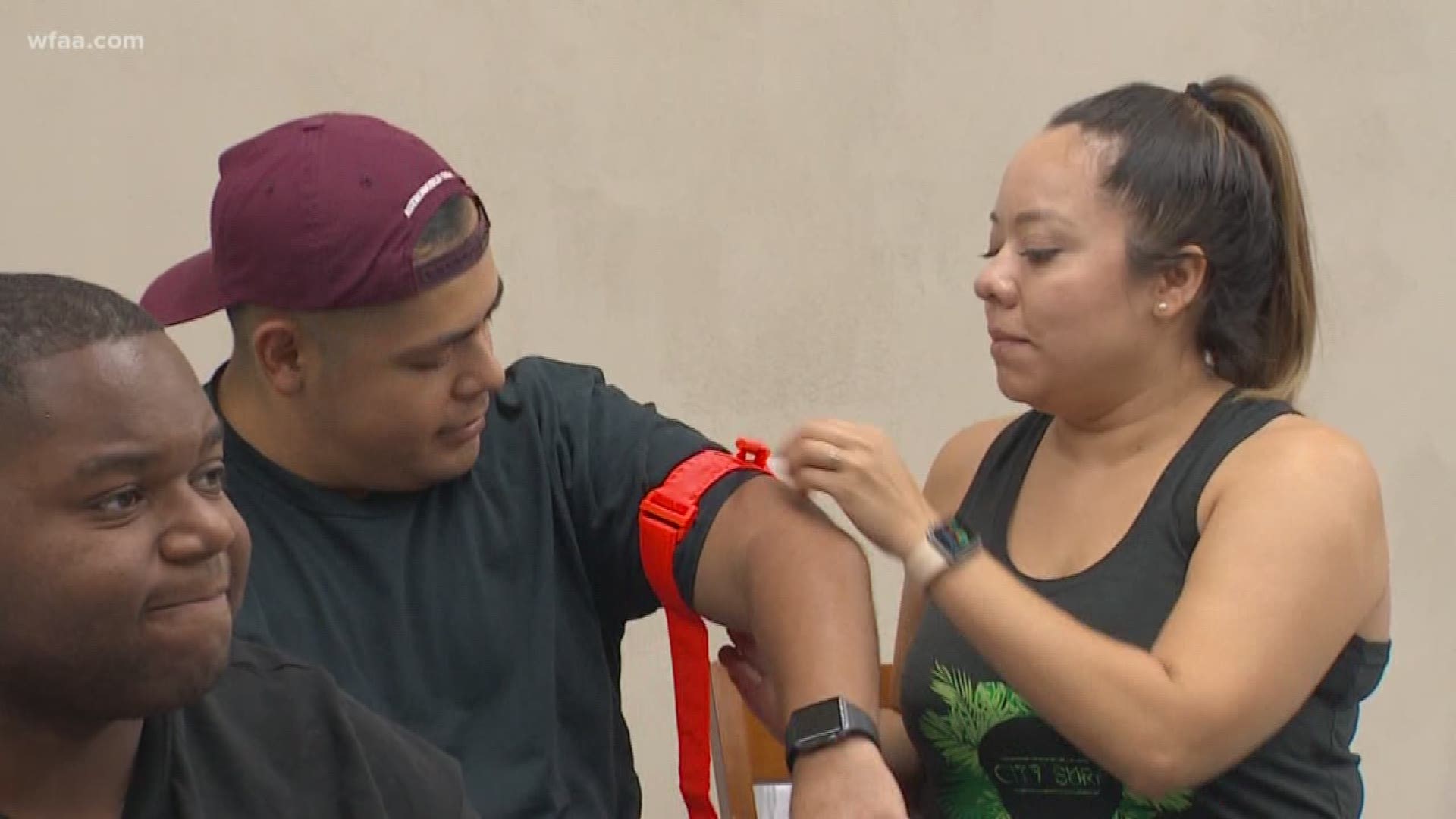 DALLAS — Would you know how to save lives if you found yourself in the middle of an emergency? Many North Texans are asking themselves that, especially in the wake of the El Paso shooting where 22 people lost their lives.

We found proof of that in east Dallas, in a room inside the Dallas Iron Fitness gym. A diverse group of people gathered there to give up their Wednesday night in the name of learning how to save a life.

"We can stop that bleeding and the person can live," said Bryan Wertz of Aim True Group.

Aim True Group specializes in firearms and field medical training, including the government-sanctioned program "Stop the Bleed." It teaches all ages how to use a tourniquet and more tools to help keep people alive after a potentially deadly injury.

"It really is across the spectrum," he said of those who sign up for the program. "People just come because they want to learn."

This Wednesday class stands out because it filled up faster than any other right after the El Paso shooting.

"When we have incidents like we’ve had recently then we do have more requests for classes," Wertz said.

In each seat sat someone from every corner of life. Retail workers, nurses, pilots, educators, machinists, fathers — and people like Sandi Burleson.

"From what I understand it’s pretty simple stuff to save a life," she said.

She's a nurse who came from north Fort Worth with the intention of learning how to teach the "Stop the Bleed" curriculum, so she can teach school children in her community.

"With the activities in the world today, I think it’s really important to be able to educate others," Burleson said.

Everyone wants to know how to use a tourniquet, with the hope they never have to. But if you’re with these people should the worst happen, you’ll be grateful they gave up their Wednesday night.