Matthew May finally got this Texas A&M class ring back two years after losing it in a field. The Longhorn Diggers of Central Texas are the guys to thank. 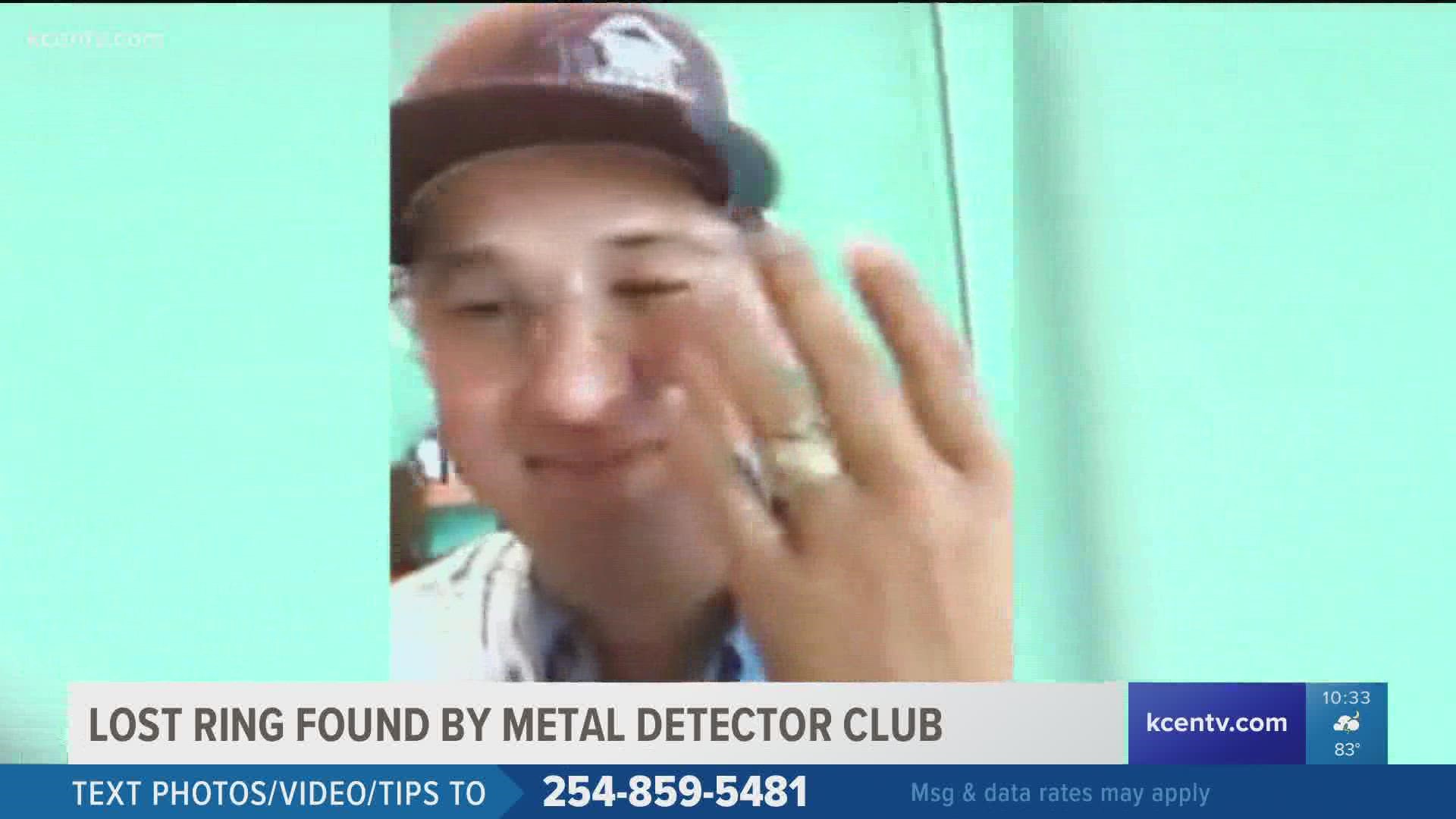 ANDICE, Texas — Matthew May is a proud 2009 graduate of Texas A&M University. He has the ring to prove it, that was until he lost his Aggie ring.

"I had already succumbed to the reality that it's just gone and I am going to have to buy another one if I want an Aggie ring on my hand," said May.

May was working in a field in Andice, Texas when he said his Aggie staple fell out of his shirt pocket where it would then rest for the next two years.

A frustrating and devastating situation for anyone who loses a prized possession, but this is the type of situation Scott Hegel and the Longhorn Diggers of Central Texas thrive in.

"Nobody likes to lose anything but an Aggie ring has a special meaning to the Aggies," said Hegel, who found the ring.

The club of metal detectorists did what they do best -- swinging their detectors where May thought it could be.

"We were going to dig anything that was not considered iron," said Hegel.

Hegel's first scan was just a piece of tin, but the second, he hit jackpot!

"Yes ma'am, I finally got the ring back," May said with excitement.

"That made my day as much as it made his," said Hegel.

On their time, completely free of charge, the Longhorn Diggers of Central Texas are digging for pleasure, not treasure, one hole at a time.

"We do it out of the goodness of our heart," said Hegel. "We want to help and it's good practice for our hobbies to go out and actually look for something that we know should be in that area."

And after little hope, May's got his ring back on his finger, and faith restored in humanity.

"They're good at what they do, they've got some really cool equipment and they're obviously very passionate about helping people and retrieving these things and they have fun too," said May.

The club is always willing to help with any recovery, members said it helps tremendously if you have a general idea of where your lost item could be.

Lost an item? We can help you get connected with the club or visit their Facebook page.