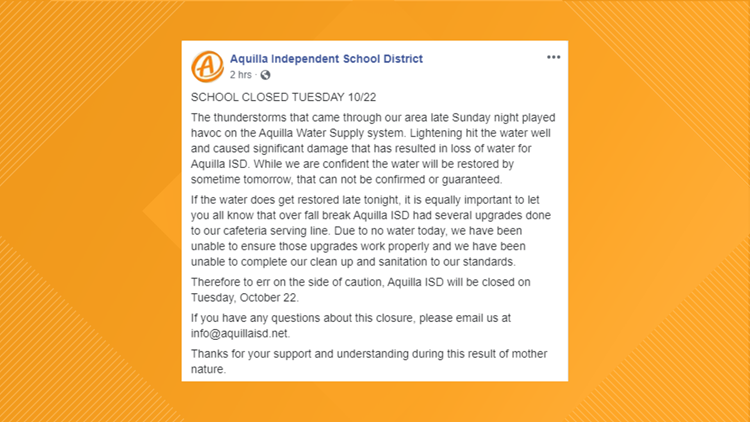 The Aquilla Independent School District will be closed Tuesday due to damage from thunderstorms that happened late Sunday night.

The Aquilla water supply system has been damaged because lightning hit the water well, which resulted in the loss of water for Aquilla ISD.

Because there is no guarantee that the water will be fixed in time for school, the district has decided to close for the day.

Potential heroes needed at 'Be the Match' event Saturday