A passerby spotted Fr. Travis Clark Half naked and having relations with two women on the altar in late September. 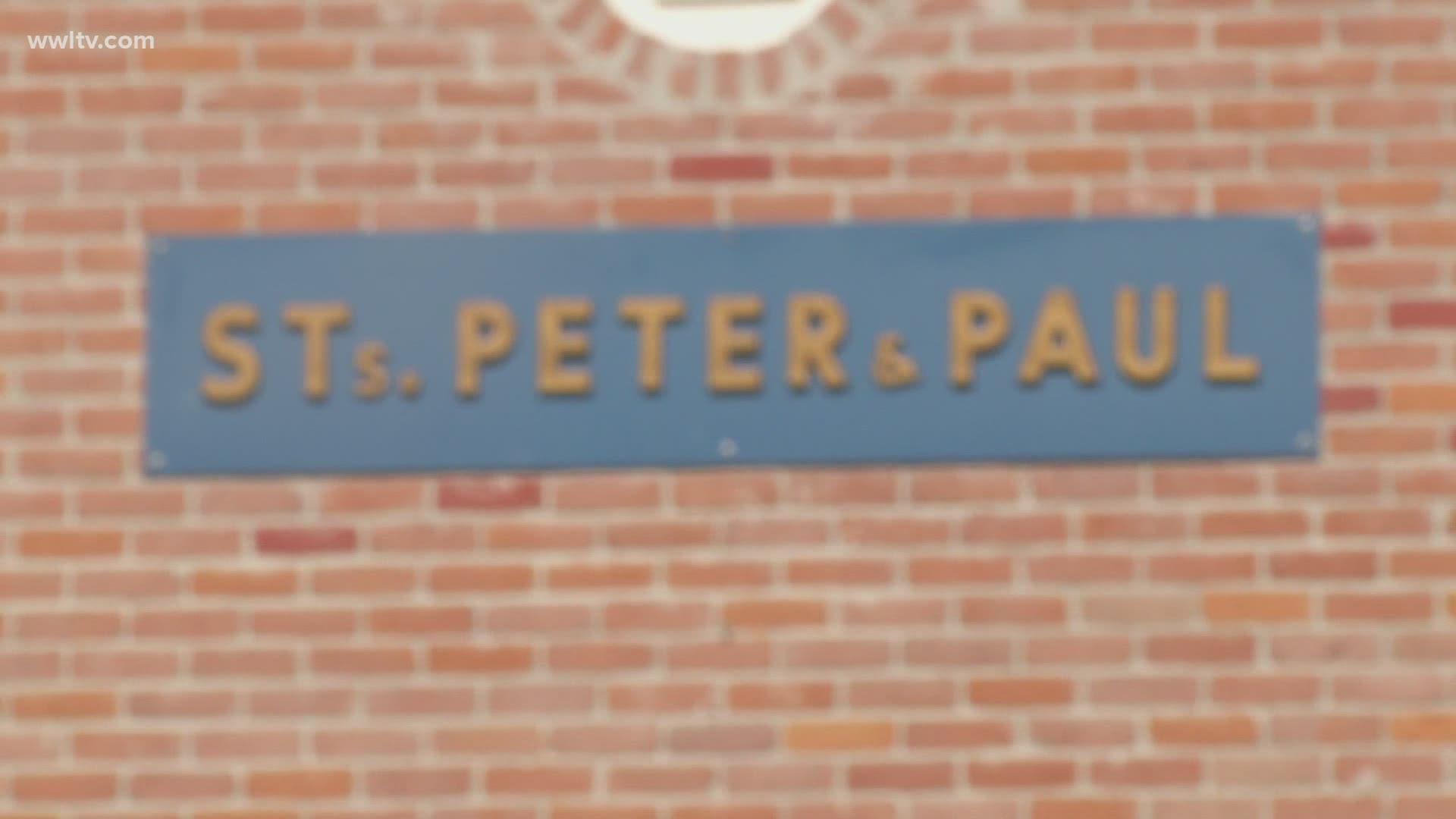 The  Archdiocese of New Orleans said the previous one was burned after the archdiocese learned the altar was used in sexual scandal.

Archbishop Aymond lead a mass Saturday to in connection with the consecration ceremony.

Before he started, he mentioned to the congregation how he was shocked and angry a priest had sex on the church's altar.

"Let me be clear my sisters and brothers, there is no excuse for what took place here. It is sinful, totally unacceptable," Aymond said.

According to court documents obtained by Eyewitness News Investigative Reporter David Hammer and the Times-Picayune | the New Orleans Advocate, a passerby spotted Fr. Travis Clark Half naked and having relations with two women on the altar in late September.

The documents identify the women as Melissa Cheng and Mindy Dixon, it said they were dressed in corsets and high heeled boots.

Court documents said adult toys, stage lighting, and a mobile phone as well as a separate camera recording the act we found at the scene.

However, many parishioners believe Christians shouldn't judge the pastor too harshly and Saturday's mass is a new beginning with the church.

"I believe one man does not define our Catholic faith. One man doesn't define our church parish or congregation. We also acknowledge Fr. Travis as a human being. We're all sinful. We all have our demons we struggle with," Steve Fecke who attends Saints Peter and Paul Catholic Church said.

Members with the Survivor's Network of those Abused by Priests said this was another blow to the Catholic Church, prompting Catholics to demand leaders be fully transparent with the public.

"In no way I'm surprised. I believe control within the Catholic church is completely gone. They're not controlling their priests. I'm sorry for the parishioners that attend these churches; I feel like they're being lied to like we're being lied to," Steve McEvoy said.

Members with SNAP are also asking for Aymond to step down, considering this is the latest incident with the Catholic Church.

The Archdiocese revealed another Northshore priest, Rev. Pat Wattingly, told Aymond earlier in October he sexually abused a minor in 2013.

Fr. Clark, as well as Cheng and Dixon, were arrested on obscenity charges.

► Get breaking news from your neighborhood delivered directly to you by downloading the FREE WWL-TV News app now in the IOS App Store or Google Play.