The missing children are between the ages of 5 and 10, the Gila County Sheriff's Office said. 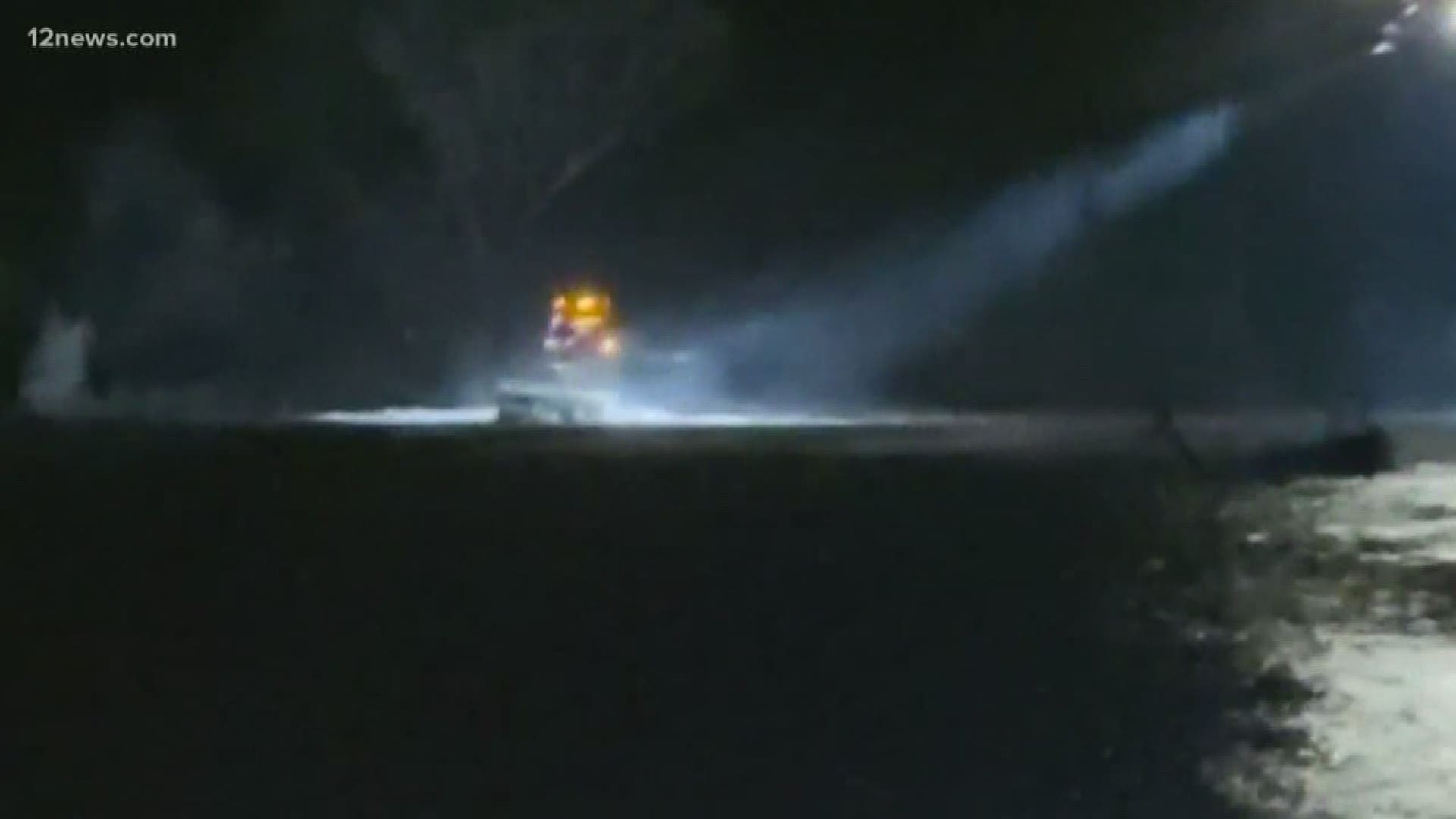 TONTO BASIN, Ariz. — Editor's note: Two of the three children have been found dead. You can find the latest information here.

LATEST: Children found dead after vehicle was swept up in Tonto Basin wash

A search continued on Saturday for three children who were reported missing after a vehicle was swept up in a wash in Tonto Basin the afternoon prior.

The missing children are between the ages of 5 and 10.

The incident happened near Highway 188 and Bar X Crossing around 4 p.m., according to Gila County Undersheriff Michael Johnson.

Radar indicated a strong storm cell was dropping heavy rain in the area right across Highway 188 at that time.

Crews responded to reports of an RV with four people inside caught in Tonto Creek. When they arrived, they found a "military-type" vehicle completely submerged in the water, the Gila County Sheriff's Office said.

No one was found in the truck, the sheriff's office said Saturday. It was found about 600 to 1,000 yards from Bar X Crossing.

Crews were working to pull it from the creek on Saturday.

The vehicle was described as an "oversized vehicle" with a flat-bed trailer and a cab.

The sheriff's office said there were barricades on either side of the creek and signs that said "Do not cross when flooded" when the incident happened.

It was not immediately known why the group tried to cross the creek. 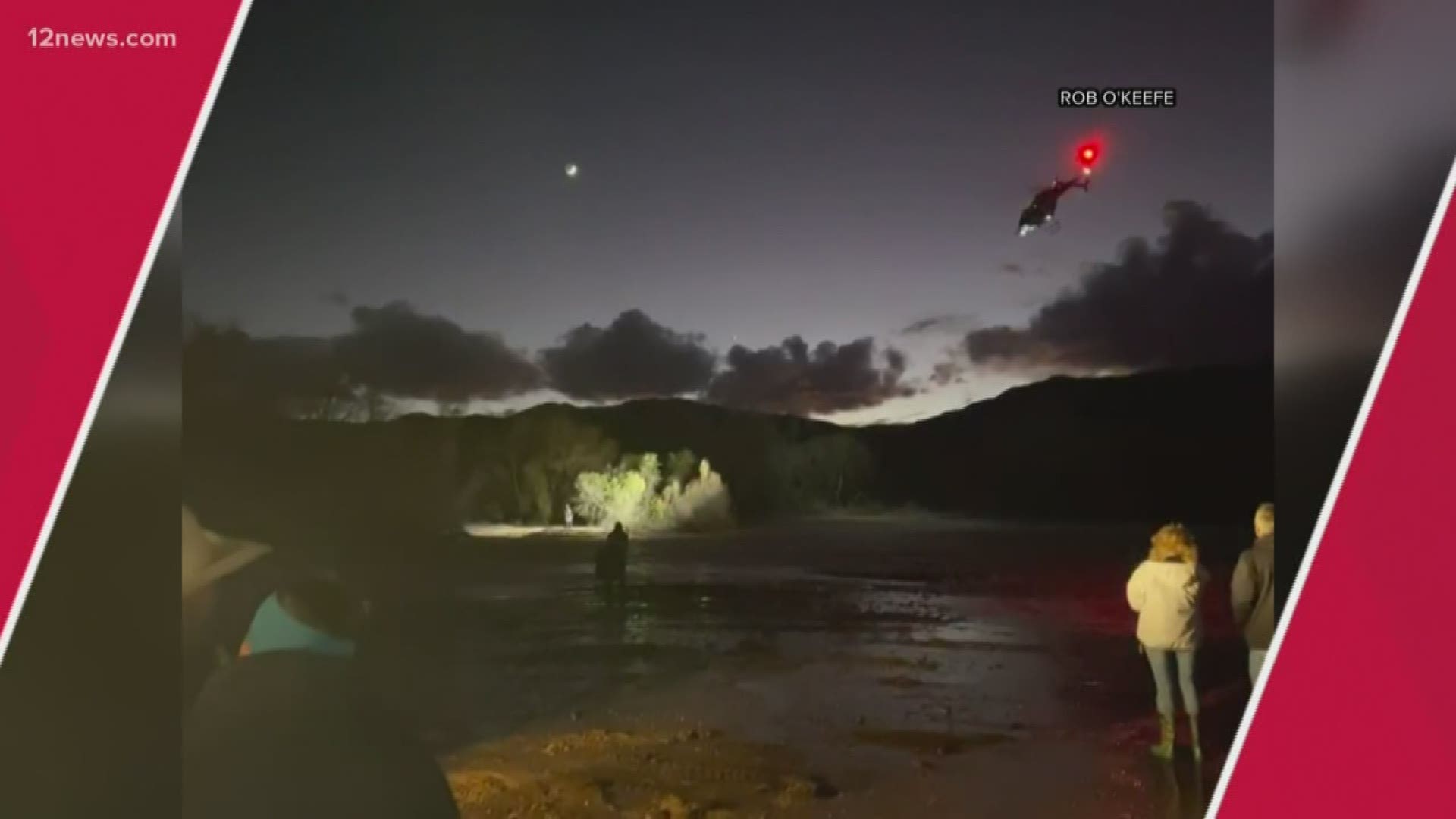 A woman made it to the far side of the creek, and a man and two young children made it to a sandbar. Those four were airlifted to safety, officials said.

The relationship between the adults and the children was not immediately known.

The group was not from the area and was reportedly in town for a family reunion.

GCSO says the search area is vast, as the creek runs through a lot of vegetation before it gets to the river and eventually flows into Theodore Roosevelt Lake.

This is a developing story. Stay tuned to 12 News for the latest.