Officials say the search for the 6-year-old girl who went missing after a vehicle was swept up in a creek in Tonto Basin is now strictly a recovery effort. 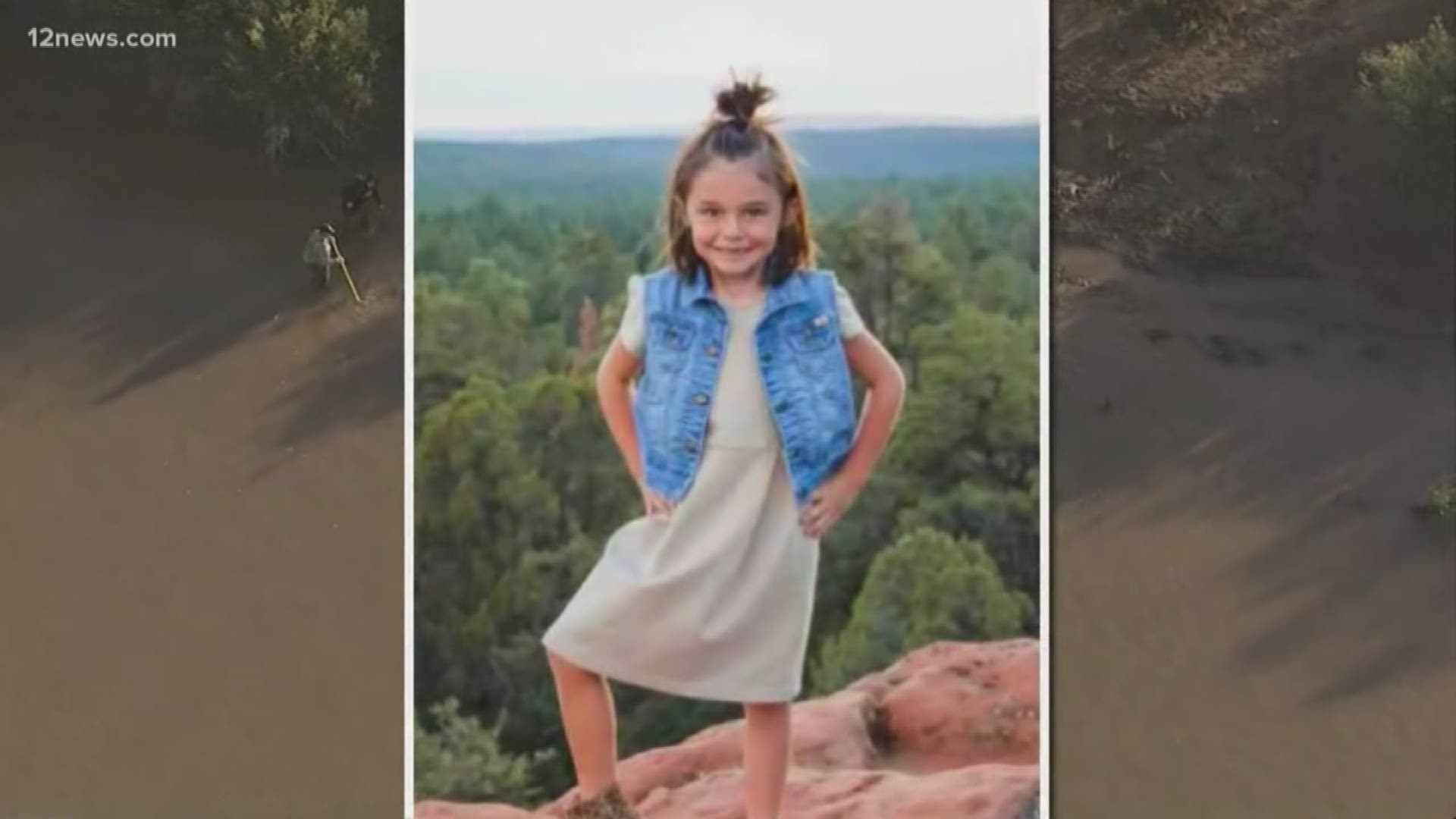 Weather conditions have put a limit on the recovery effort for a 6-year-old girl in Tonto Basin.

Officials say the river flow forecast has waters rising to the same levels as they were when the vehicle the girl was in was swept up in a creek in Tonto Basin. Officials decided to pull everyone off the river for safety.

But a sonar detection team will still search at the Beaver Dam area along with 10 law enforcement personnel.

Officials say the search for the 6-year-old girl who went missing after a vehicle was swept up in a creek in Tonto Basin is now strictly a recovery effort.

Authorities announced in a press conference Wednesday evening they will continue to look for the body of 6-year-old Willa.

Rain in the forecast is a concern for search teams. Authorities are telling volunteers to stay out of the water for safety reasons.

The pants were found by a volunteer about three-quarters of a mile downstream from where the vehicle got caught in the floodwaters, according to Gila County Sheriff’s Lt. Virgil Dodd.

Dodd said search teams Wednesday will consist of 40 crew members and "quite a few" volunteers, although Dodd could not give an exact number of volunteers. Hundreds of volunteers helped in the search Monday and again on Tuesday.

According to Dodd, they would be using boats, dogs, swift water teams, ground troops and drones in the search Wednesday.

Dodd said they are also expecting some rain in the area Wednesday which could cause some hazards for searchers.

"A lot of us are exhausted mentally, physically but we're staying strong for the family," Dodd said Wednesday morning. "Every soul that's out here that's searching for this little girl is staying strong."

Two of the three children reported missing after a vehicle was swept up in a creek in Tonto Basin during a rainstorm were found dead on Saturday. The search continues on Tuesday for the third missing child.

The Gila County Sheriff's Office said about 40 to 50 crew members and hundreds of volunteers took part in the searching for the 6-year-old Willa Monday.

On Tuesday, Willa's pants were found about three-quarters of a mile downstream from where the vehicle got caught in the floodwaters, the sheriff's office said. 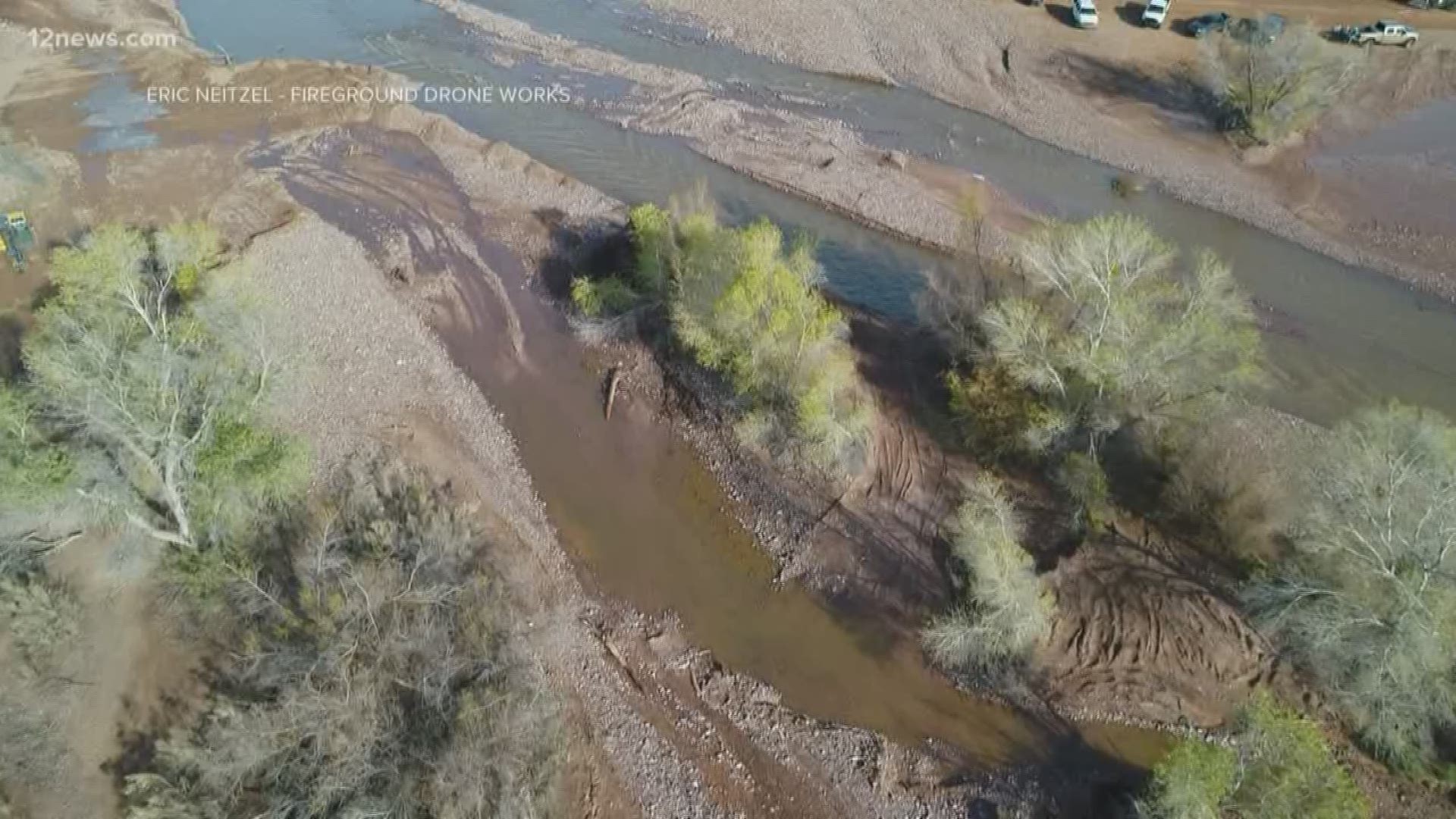 Crews and volunteers still did not find the girl on day five of the search.

The search was suspended Tuesday when conditions got too dangerous to continue. It will resume Wednesday, and dive teams will help search under the water.

"There is a lot of debris out there that we still need to go through," Sheriff’s Lt. Virgil Dodd said.

Dodd said their crews will focus on areas from the Beaver Dam to the mouth at the north end of Roosevelt Lake.

There have been hundreds of volunteers helping with the search over the past few days. If you are planning to volunteer to join the search, Dodd says to wear the proper gear and be aware of the weather ahead of time.

He also warns volunteers to stay out of the water.

New video from Randy Roberson shows the vehicle being pulled out of the floodwaters in Tonto Basin and the area where hundreds of volunteers and officials are searching for the missing child.

The sheriff's office said the two children found dead Saturday were each about 5 years old, one boy and one girl.

She was a kindergartener at West Wing Elementary School in Peoria. Deer Valley Unified Schools sent out the following letter to parents on Monday:

It is with great sadness that I share with you the news that a member of our West Wing Family passed away this weekend. Austin Rawlings died this weekend in a tragic drowning accident in the Tonto Basin. Austin was a Kindergartener at West Wing School in Mrs. Trefzger’s classroom.

There are no words that can adequately express the sorrow that accompanies the death of Austin. Our thoughts and deepest condolences go out to her family and friends.

Students can be deeply affected by such a tragic loss, and we want to share with you the efforts we have made to help your child cope at this difficult time.

Psychologists and counselors with our district flight team provided assistance and support today at West Wing, and they will continue to provide support to anyone on our campus who needs it. During this time, your child may be feeling confused and have a lot of questions about this situation.  It is important to listen to your child and discuss his or her concerns. On the back of this letter are guidelines for parents of grieving children.

Our school community is saddened by this loss. We feel fortunate to belong to such a strong and compassionate school community, where we can support each other through difficult times. I thank you for your support, and if you have any questions, please don’t hesitate to contact our office at 623-376-5000.

Officials say 300 volunteers and 11 agencies were assisting in the search on Sunday.

Crews are searching from Roosevelt Lake to the Bar X Crossing using airboats with search dogs on them. Helicopters are in the air and they will utilize drones when helicopters are unable to fly.

The sheriff's office first reported the children, who were between the ages of 5 and 10, missing after crews found a "military-type" vehicle submerged in water on Friday.

The sheriff's posse confirmed Saturday this was the truck pulled out of the water:

Six people – a man, a woman and four children – were rescued from the creek when the vehicle was found, the sheriff's office said.

Everyone in the vehicle was family members. The sheriff's office said Sunday that they would not identify the victims or anyone involved because of the ongoing investigation. 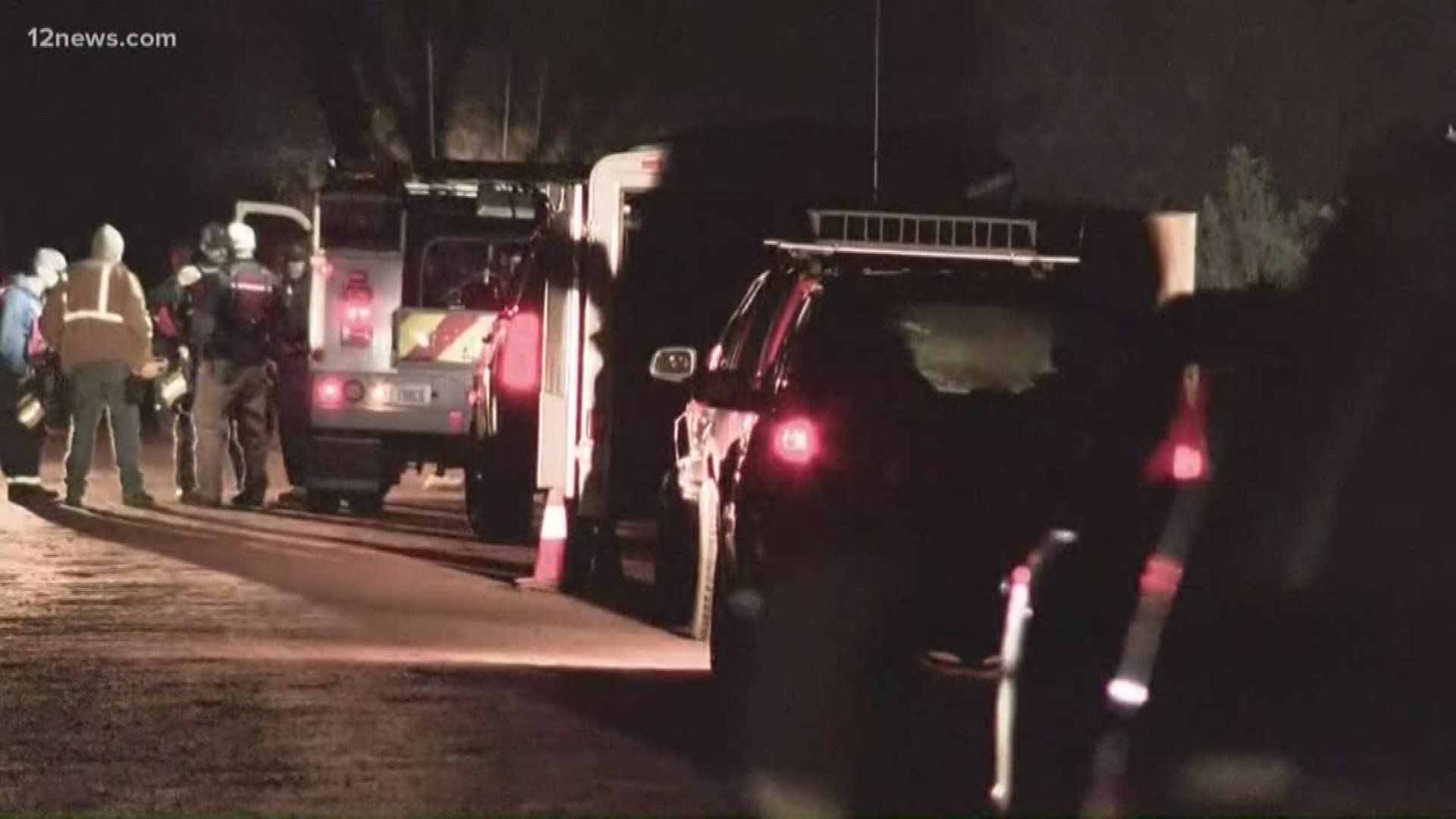 The group was believed to be in town for a family reunion during the holiday.

The incident happened near Highway 188 and Bar X Crossing around 4 p.m., according to Gila County Undersheriff Michael Johnson.

Radar indicated a strong storm cell was dropping heavy rain in the area right across Highway 188 at that time.

The first child's body was found about three miles downstream from where the vehicle was found. The children were found at 8:45 a.m. and 11:15 a.m., respectively, according to the sheriff's office. Next of kin have been notified for both children.

The sheriff's office said there were barricades on either side of the creek and signs that said "Do not cross when flooded" when the incident happened.

The crossing had been closed hours before the truck tried to cross.

It was not immediately known why the group tried to cross the creek. The creek only flows during storm runoff.

Drivers “really need to not ignore that. It’s very dangerous. It’s very hazardous,” Dodd said in announcing the first death. “In this case, this horrible and tragic incident ... that’s what happens when you ignore these types of signs.”

The vehicle was described as an "oversized vehicle" with a flat-bed trailer and a cab.

The vehicle did not overturn but was partially submerged. The sheriff's office initially said the vehicle was completely submerged.

Tonto Creek is about 55 miles northeast of Phoenix.