When it rains, crossing the water is the only way to get into town or to the highway unless you drive 40 miles out of the way in an area also prone to flooding. 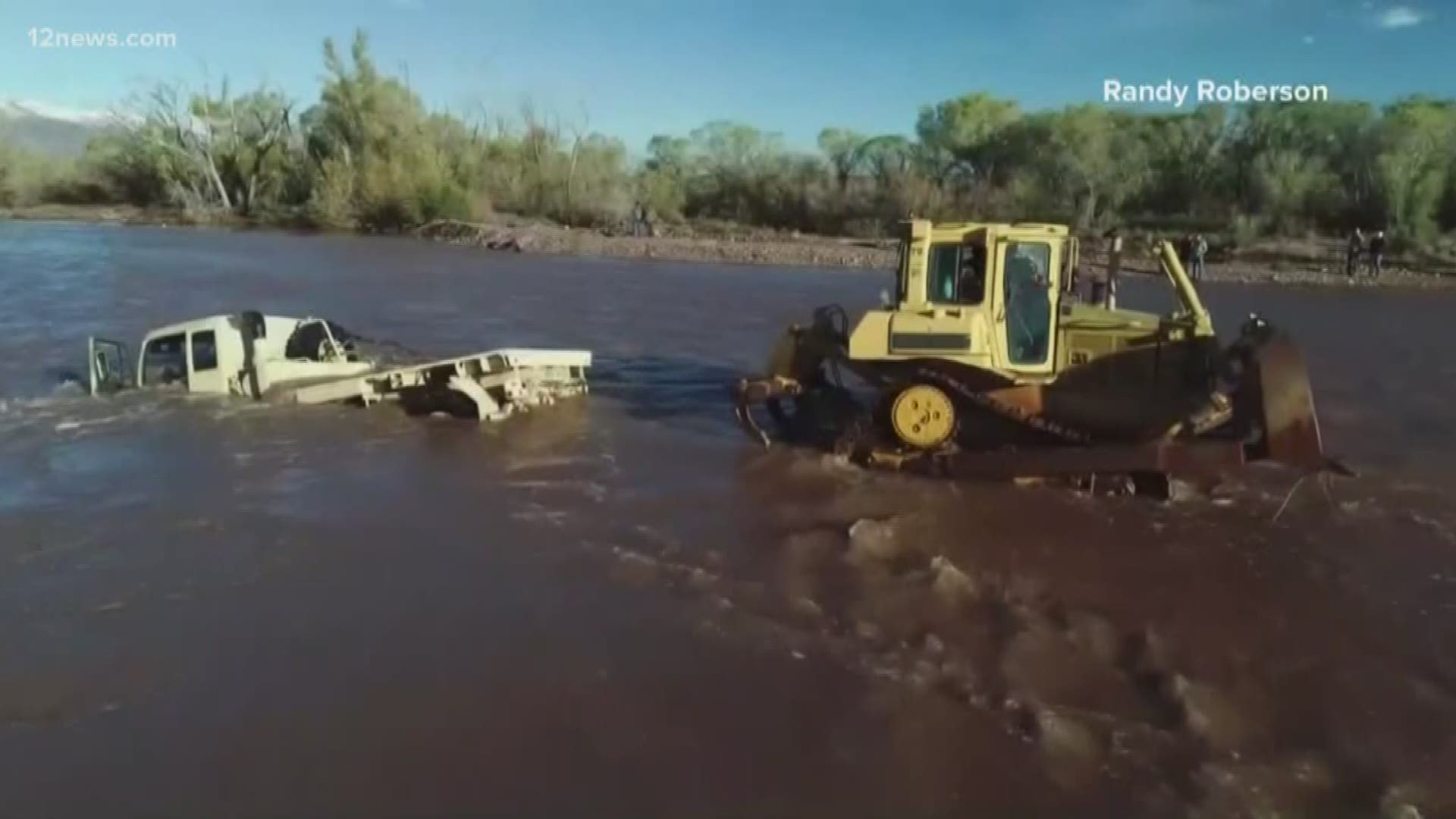 TONTO BASIN, Ariz. — Residents in Tonto Basin are in mourning after what some describe as the worst tragedy to happen in the area in recent memory. Some believe the tragedy could have been avoided had their years of requests for a bridge been fulfilled.

“You have to use judgment,” said George Ewing describing crossing the creek.

George Ewing has become the “bus driver” in Tonto Basin, transporting more than two dozen school children across Tonto Creek to get to school when the water flows.

Instead of a bus, though, he drives them on a military-style vehicle. He has lived in Tonto Basin his entire life.

“I would rather take the responsibility of having the kids in my truck because I won’t cross it unless it’s safe then having the parents put them in small trucks, cars and getting trapped,” said Ewing.

When the area gets snow or rain, which causes the water to flow across dirt roads frequented by residents, crossing the water is the only way to get to the highway or into town unless residents drive more than 40 miles out of the way, Ewing says.

He said that route requires driving on unpaved roads that are also prone to flooding.

Ewing was one of the first to show up to the creek on Friday afternoon. He said he’s rescued too many people to count over the years but said this scene was different.

Two adults and seven children ended up in the water. Their vehicle, a military-style vehicle, was submerged after they tried to cross the creek.

“There was about four foot of the rear sticking out of the water. The rest of it was all submerged,” said Ewing.

The adults and four of the kids survived, but 5-year-old Colby and Austin Rawlings were found dead. Search teams are still looking for 6-year-old Willa Rawlings.

“This is the worst catastrophe I’ve ever seen in Tonto Basin,” said Ewing.

For decades, residents in the area have been pushing for a bridge to be built over the creek. Gila County officials say the plans have been in place for years.

According to Gila County Deputy County Manager Jacque Sanders, most recently, a possible Tonto Creek bridge was discussed at the May 28 Board of Supervisors work session. The county then applied for a federal BUILD grant but on Nov. 12, they were notified that the project was not one of the awarded federal grants.

The bridge will cost an estimated $20 million. The county has been submitting for funding from the federal government since 2010.

Now, on the heels of what Ewing and others describe as the worst tragedy the area has seen, many are hoping this will finally spark change so nothing like this happens again.

“This whole Basin is in mourning. For that family and for that little girl,” said Ewing.

The search for Willa resumes Tuesday morning. GoFundMe pages have been set up to help the families of Colby, Austin and Willa.

The Gila County Board of Supervisors is set to meet on Tuesday night at 5 p.m. in Tonto Basin.