According to the arrest warrant, Amber Parker started a group Facebook message with a minor and two men. In the chat, she sent sexually suggestive photos of the minor, told the men the girl was a virgin and discussed plans to go with her to Morocco to have sex with the men, the warrant said. 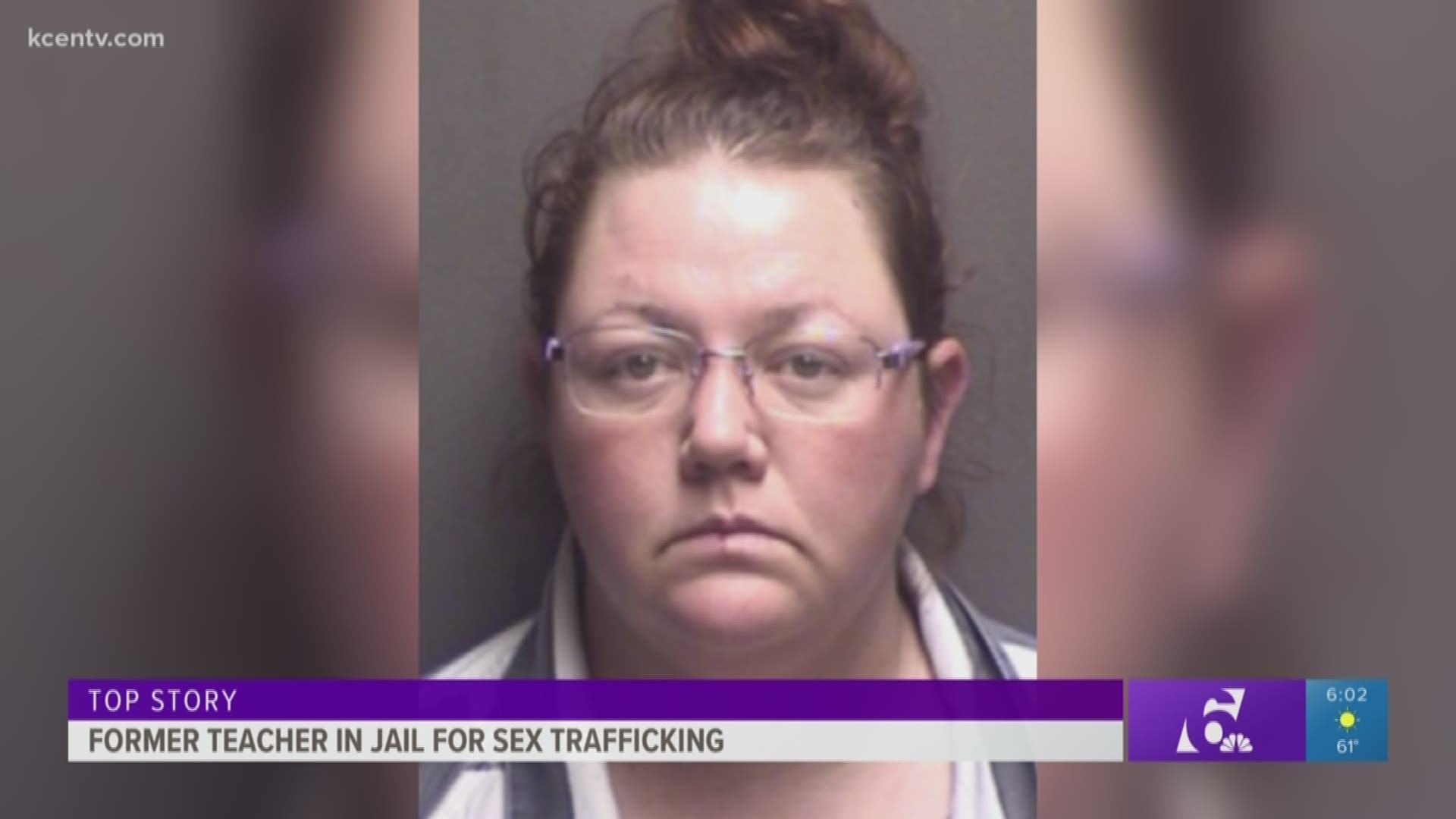 MEXIA, Texas — A teacher for Mexia Independent School District who was arrested on human trafficking charges Wednesday took sexually suggestive photos of a minor and may have tried to take her to Morocco to perform sexual acts with a man she met on Facebook, according to an arrest warrant.

The warrant said Amber Parker, a 37-year-old who taught eighth-grade reading, started a three-way Facebook messenger conversation with a man with the screen name "YRaider" and the minor in November while the minor was at Parker's residence.

After a short conversation, Parker sent a photo of the minor in lingerie to the chat. YRaider then added a third man listed on Facebook as "SaaDas Hisoka" to the group message, according to the warrant.

The warrant said when Hisoka was added, Parker told him, "She wants to peel your uniform off of you, cuff you, and lick your abs." Then they started to discuss the two men flying to the United States to have sex with both Parker and the minor.

Parker told the men the minor's age and that she was a virgin. Soon after, the men began trying to have Parker and the minor travel to Casablanca, Morocco for sex, the warrant said.

Shortly after, Parker and the two men started a separate group conversation to further discuss Hisoka traveling to the United States, according to the warrant.

Investigators said while monitoring the conversation between Hisoka and the minor, the minor sent several other sexually suggestive photos to the man. The minor told investigators during an interview that Parker had coached her while taking the photos, telling her what positions to be in, what to expose and how to take the photos to keep Hisoka interested, according to the warrant.