A poll from the Wounded Warrior Project found challenges for veterans amid COVID-19. 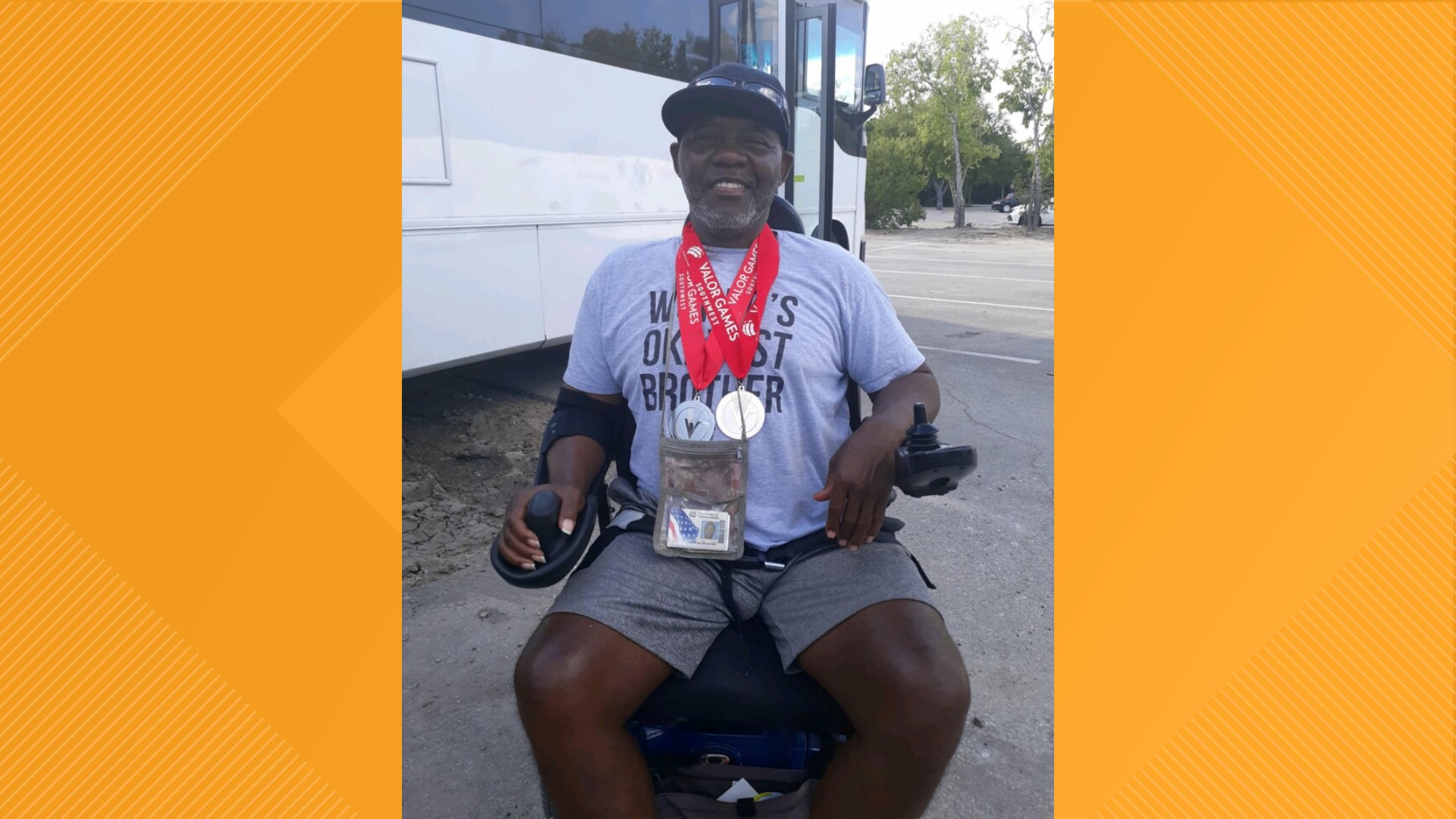 TEMPLE, Texas — The apartment Allen Murphy calls home on the east side of Temple is small and secluded. He has no neighbors and lives by himself. The medals he's won as an athlete through the Adaptive Sports Program at the VA hang proudly on the back of a closet door just outside his kitchen.

"I'm really lonely and depressed. It's really hard because before I was able to go to the VA and that was my way out," Murphy said. "Now I can only go once every two weeks."

Murphy has been in a wheelchair for the last seven years. When the Coronavirus shut things down months ago, he hasn't been able to compete in archery, bocce ball and other sports he said gave him life again after a stroke that left him hospitalized for a year.

"It made my life so much easier because I get to be around other veterans," he said. "It allowed me to travel, too. I've been to Detroit, Mississippi, Mexico and Chicago for competitions."

Murphy said he doesn't want to be around anyone because he's afraid of the damage the virus could do to his health and because he has been forced to isolate, depression has set in. He called it a huge blow and now the one thing he could do for himself, he can no longer do.

He's not alone either. A survey by the Wounded Warrior Project surveyed 30,000 Warriors from early May to late June. It found that more than half (52%) have suffered worse mental health and almost half of them (49%) agreed their physical health has also declined.

The results of the survey also found that 61% are experiencing a disconnect with family, friends and/or the community they call home. It was also found the pandemic and shutting down of the economy directly impacted warriors' ability to get to appointments that were delayed and/or canceled.

Murphy said that if people don't follow the mandates or wear masks, it only increases the time he spends without the sports that gave his life meaning again.

Murphy said he spends most of his days watching movies over and over again as he waits for word there's a vaccine so he can get back to competing with the friends he loves and misses around the country.

But, he said, he can't do it alone and needs others to do their part. He doesn't want people to just do it for him but for other veterans that are suffering like he is every single day all over the country.

"Wear your mask. You're not only saving your life, you're saving someone else's life and it really makes a difference," he said.