A local biker is still waiting to find out if Milam county will reschedule his trial after the county Judge declared a mistrial in December. 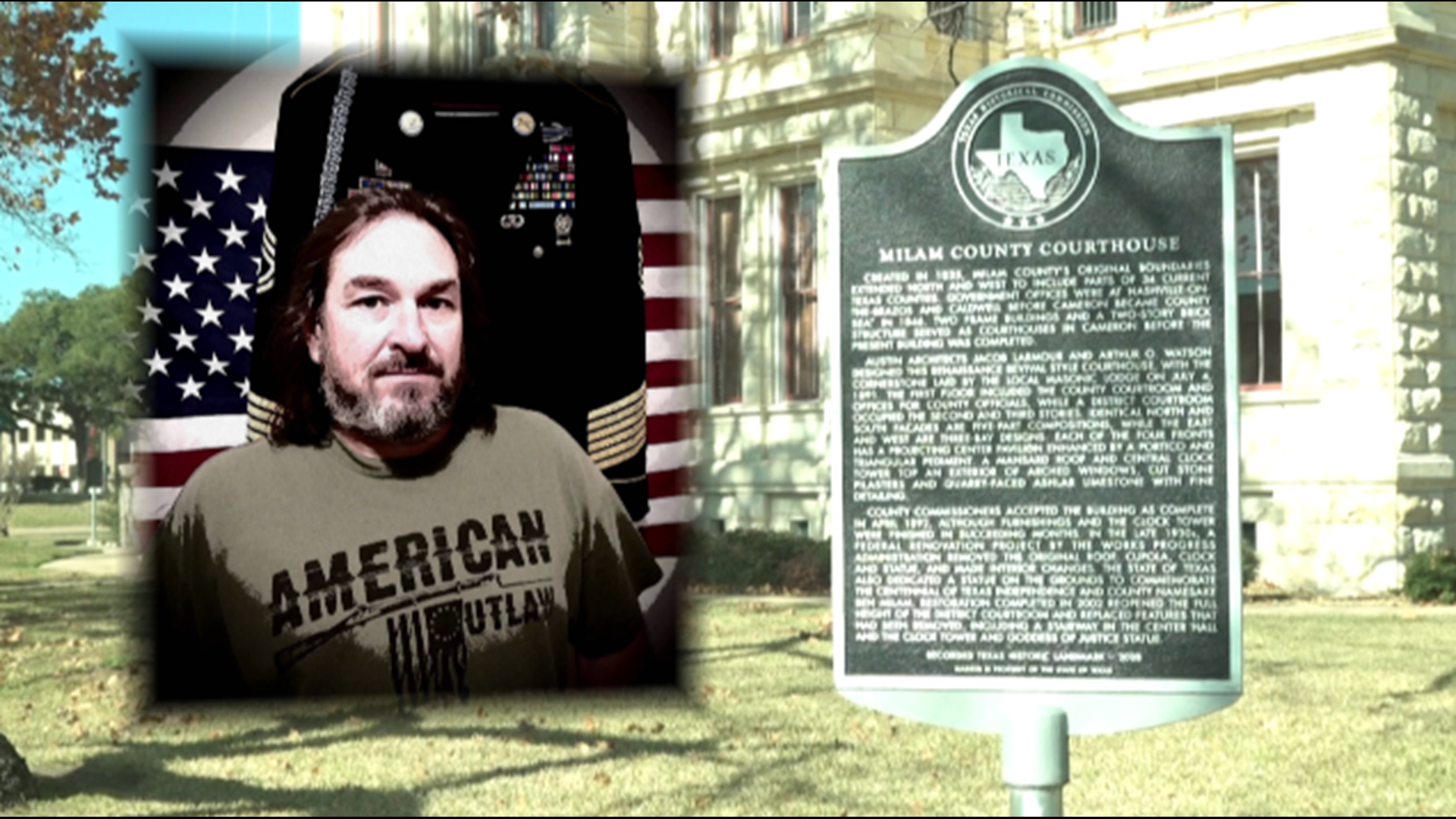 MILAM COUNTY, Texas — Milam County went forward with prosecuting Patrick Lewis Vaden, a member of the Bandidos Motorcycle Club in December, but Judge Steve Young ruled the case a mistrial after only two days. More than a month later, defense attorney Kurt Glass still doesn't know when or if his client will need to return to court.

The Milam County district attorney claimed Vaden is part of a criminal gang and is prosecuting him for unlawfully carrying a weapon. Glass claimed the valid LTC Vaden held is a defense against that charge.

Before the trial, Glass said the prosecution filed a motion that Vaden’s License to carry could not be used as evidence in the trial. Glass said he didn’t bring the fact up to the jury, but protested the decision to County Judge Steve Young. Glass said Young eventually told him to get the opinion of a higher court.

“If I’m not able to bring up that he has a defense to the crime, that’s a violation of the 4th amendment,” Glass said. “He told us that we needed to appeal the question of whether or not Patrick Vaden having a license to carry should be admitted into this case.”

The only problem, Glass can't go to an appeals court until the case has a verdict, and the case does not.

Judge Steve Young declared a mistrial on the second day of the trial. Glass said he doesn't know if Judge Young still expects him to contact the higher court. In a criminal case, he can’t legally do that. 6 News Legal expert Liz Mitchell agreed.

"An appellate court isn't going to hear a case until there is a final judgment in the lower court," Mitchell said. "Guilty or not guilty. There has to be an outcome of this case because it is still pending at this time.

Glass also disagreed with the Judge's decision to rule the case a mistrial.

"Once you've selected your six people, they are put down in the juror's box The defendant has the right to hear the case to its conclusion," Glass said.

After a mistrial, it is up to Milam County to set a new trial date or dismiss the case. Glass said they should do the latter.

“He granted a mistrial. That triggers certain decisions that need to be made. I think that ended the case,” Glass said.

Mitchell told 6 News that judges typically will not want cases to linger after a mistrial, even though it is possible for them to linger for months.

"If it was a mistrial, the judge wants to move the docket," Mitchell said. "It doesn't look good for judges in re-election if they have cases that have been pending forever. Especially cases that resulted in a mistrial."

6 News contacted Judge Young Monday to ask if the trial is expected to be scheduled in the near future but has yet to hear back.