Just one week on the job and the new Marlin Police Chief Lawrence McCall said he is on a mission to bring professionalism and transparency to his department. 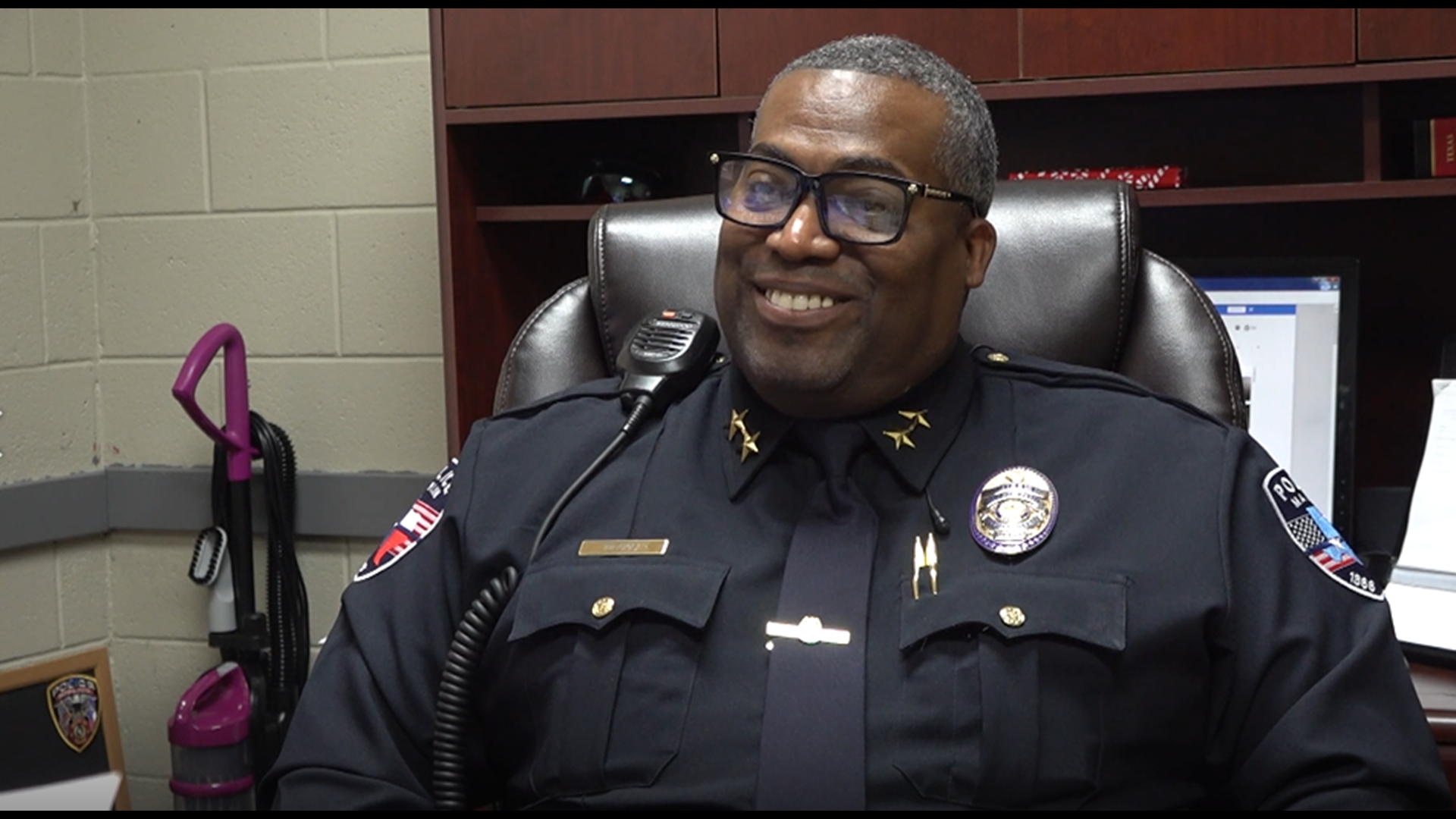 MARLIN, Texas — A week on the job and new Marlin Police Chief Lawrence McCall said he is on a mission to bring professionalism and transparency to his department.

Before coming to Central Texas, McCall worked as a constable in Dallas. He was hired after former Marlin Police Chief Nathan Sodek shot and killed himself.

McCall was sworn in Tuesday and is already trying to establish a relationship between the police department and the people of Marlin by visiting kids at school.

"I would rather meet the kids on their turf before they come over here and we'll have to deal with them as far as law enforcement goes," McCall said.

He said he believes in leading by example, so he invited the entire police department to color with middle schoolers.

"I just want to be a part of the community, but first we have to clean up our own house," McCall said.

Including McCall, the city of Marlin has nine police officers. McCall said overall, they are a good group, but there are issues that need to be tweaked.

He said his objective is to make the wrongs in Marlin right.

The chief said he's looking to add six more officers to the department.

"My aim is to make sure the people, the citizens, and the visitors who visit Marlin feel they are being appreciated and have a clear understanding that we are here to help," McCall said.

When it comes to getting a job as a Marlin police officer, McCall said the city manager raised the hiring qualifications.

According to the Marlin website, the minimum job requirements are as follows:

McCall said he is looking for more people who can bring something to the table, like those who have a military background.