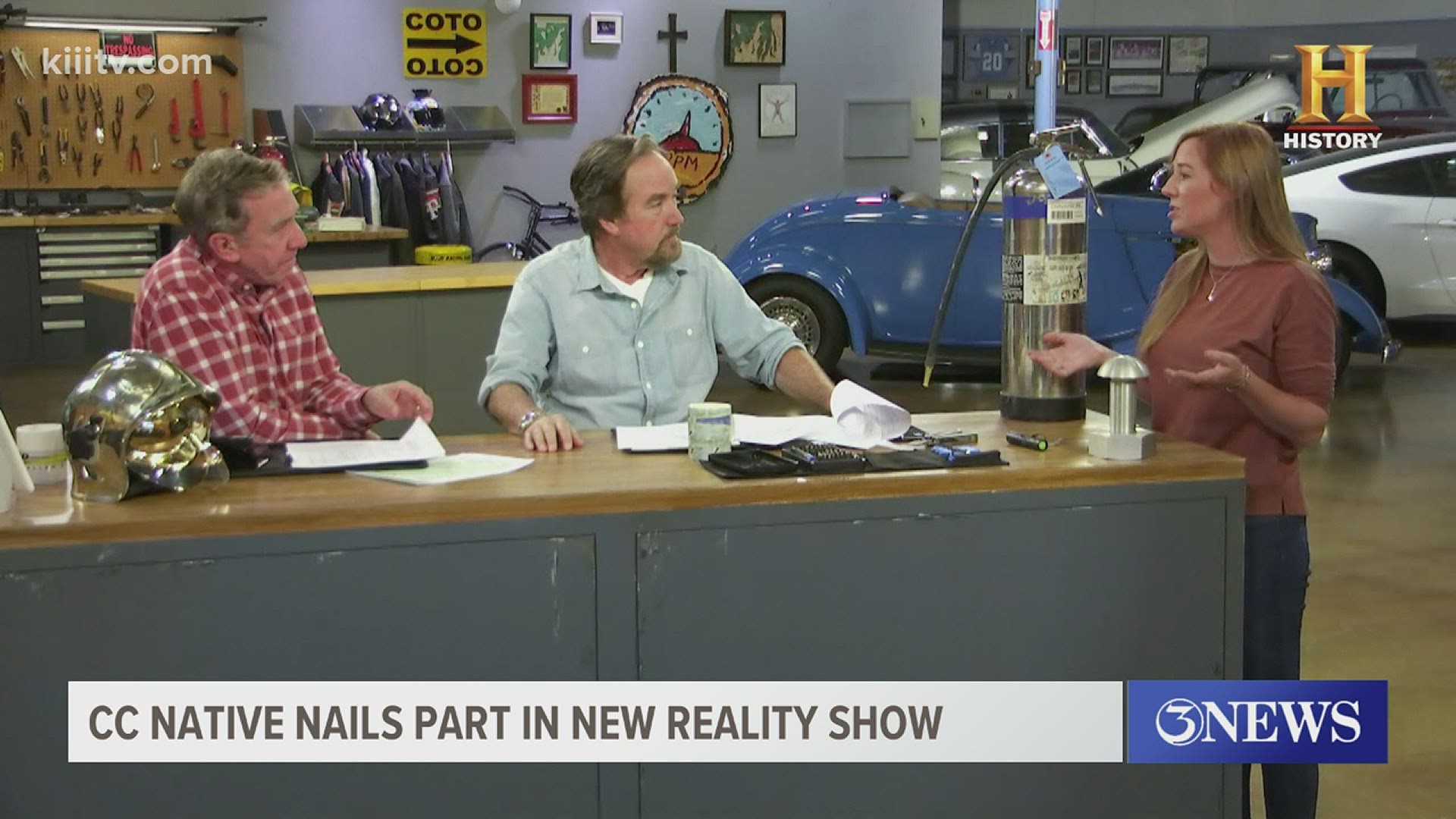 CORPUS CHRISTI, Texas — If you were watching ABC in the 1990’s, you no doubt remember the show ‘Home Improvement.’ For 8 seasons, Tim “The Tool Man” Taylor and his assistant, Al Borland, showcased their skills on a fictional cable TV series, “Tool Time.”

Not the characters, but the actors who played them, and in a very familiar setting.

It’s a new reality series called “Assembly Required,” and it involves a building competition. But this time around, Tim Allen and Richard Karn are getting some real help. It comes from do-it-yourself Youtube star, April Wilkerson, who also happens to be from Corpus Christi.

Explaining the concept of the show, Wilkerson says, “Every single episode is going to present three new contestants that are builders and makers, in their own realm. They are all given the same material to complete a challenge in a given amount of time.”

The Flour Bluff graduate says she was quick to bring her building skills to the table when contacted by Producers in Los Angeles. “They were just looking for somebody who they could bring in as kind of a ‘Resident Expert,’ is what they call the role; somebody who knows about tools and building methods, and somebody that they could pull in and say, ‘What is the contestant doing and why, and is it a good approach or not?’”

When asked about some of the big projects she’s taken on, Wilkerson says there have been quite a few. “I've tackled a 4000-square -foot shop from the ground up. I personally built my own shop over the course of three and a half months and the only thing I hired out was the slab and the spray foam insulation, and everything else I did myself.”

She says fans of the old ‘Home Improvement’ series are sure to like this one as well. “Tim and Richard are very much similar to who they are on ‘Home Improvement.’ Their chemistry is outstanding. They are hilarious and work off of one another. They bicker a lot and debate a lot, but you can tell that there is an undercurrent of absolute love and respect between them.”

You can catch the first episode of “Assembly Required” on The History Channel Tuesday at 9 p.m.