'At any time, they can get you' | Haitian man describes reality of gang-dominated life after kidnappings rise

A Haitian man, who works with an American nonprofit, described to fear of living in Haiti and the need for outside help. 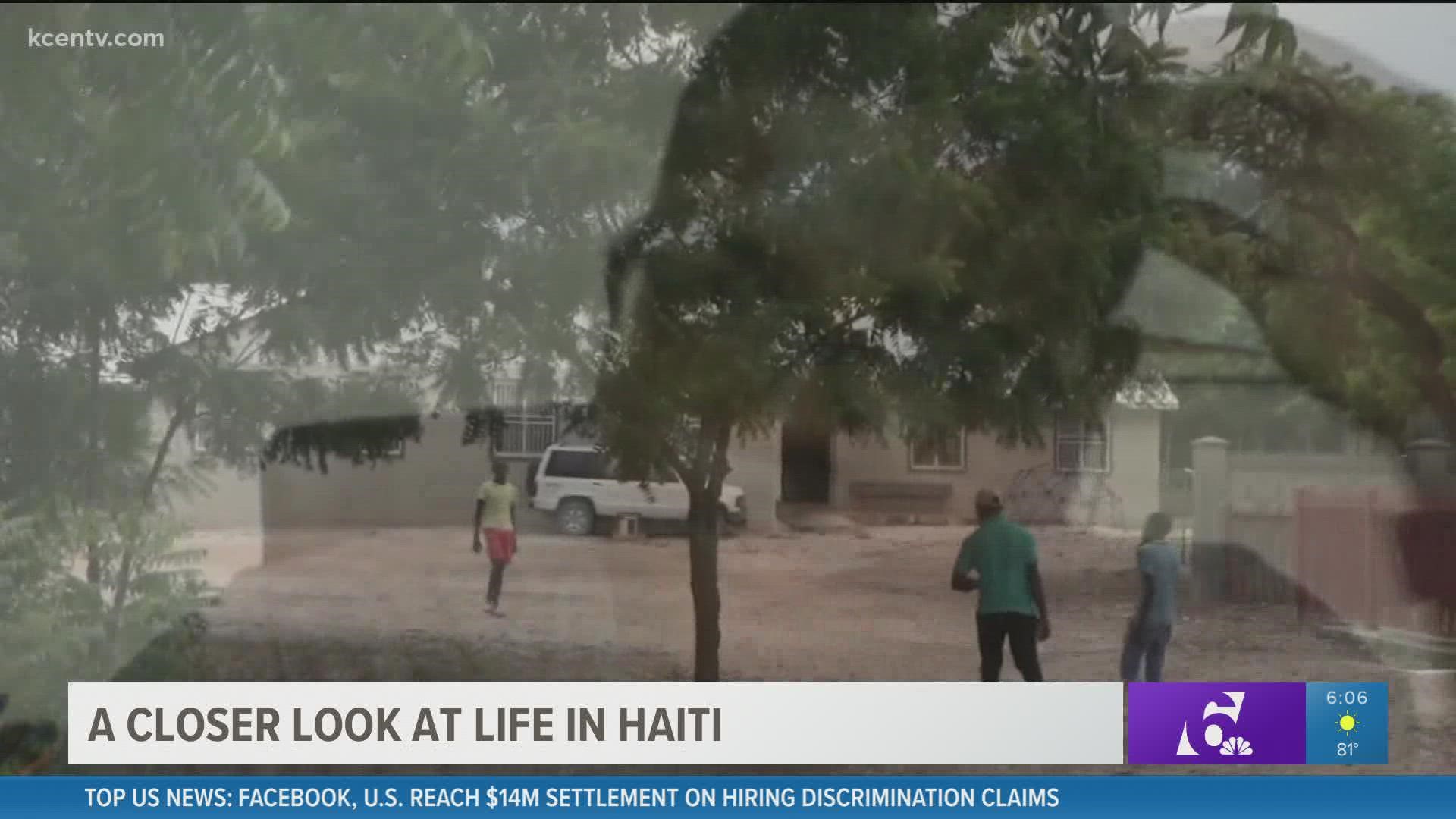 TEMPLE, Texas — A Haitian man travels to work every day. He's a manager but does not wear nice clothing. He wears a mask so others cannot see his face. He enters a building that looks like it does not do any business, even though it has security.  He works with American nonprofit Heartline Ministries, which helps women and children in the country, but keeps it quiet.

Pierre is not, of course, actually named Pierre, but right now Haitians must do anything they can to not become a target. Anyone who has a job, or is connected to a person with money, is a possible candidate for ransom. That means it's better to look like you have nothing.

The Human Rights Analysis and Research Center, a Haitian nonprofit group, says it has recorded at least 628 kidnappings since January, of whom 29 were foreign nationals. September had a 300 percent increase in the number of incidents compared to July, according to NBC.

Heartline Ministries Director Troy Livesay just returned from Haiti two weeks ago. The Heartline Maternity Center in Haiti works to prevent mothers from dying in childbirth through medical care, education and other forms of support. Livesay still took the trip, despite the risks, to keep their organization running for the Haitian community. Livesay told 6 News they've learned to be discrete.

"Now when we go in its with a driver and an armed security guard, trying to keep as low a profile as possible," Livesay said. "One, not to be a target ourselves. More importantly, not to put our Haitian staff at risk.

Livesay told 6 News he's already had a friend who lives in Haiti get kidnapped back in August. His friend had been born in Europe, so she already stood out, and worked at a business around Port-au-Prince. He said she was in morning traffic when two vehicles pulled up on either side of her, armed men got out, and they captured her vehicle at gunpoint. Livesay told 6 News she was held for around a week as her husband negotiated a ransom. The money was dropped at one location, she was released in another. Livesay said, after hearing other stories, it was like gangs were following a business model.

"People are being taken early in the week, pressure comes on a week or two later once contact has been made, and there is a lot of pressure to wrap that up on the weekend," Livesay said. "This is a major money making effort on their part and they do seem to have it down to a system."

While the nonprofit's employees have been able to stay safe so far, Pierre told 6 News Tuesday they see constant reminders of the danger. He said gang members come to the door of the business and try to find out in change.

"People try to knock on the doors, try to hang letters, try to say 'hey I want to speak to the person who is in change,"' Pierre said. "We say we don't have any leader and that we are closed and we have no activity here. We try to operate under cover."

Even when gangs are not knocking on the door of their location, Pierre said employees have seen people taking nearby. That makes it hard not to worry they will be next.

"We've seen kidnapping action in front of our gate. We see that all the time."

Pierre also told 6 News local police are not equipped to deal with the gangs. He said there is already concern about police being compromised by gang activity, or even gangs using police uniforms, but they do not have the resources to fight back.

"Can you imagine... sometimes police say they don't have bullets and the gangs have a lot of bullets. Sometimes a lot of police die in battle," Pierre said.

Pierre said many people in Haiti and hoping that the United States will eventually send troops to help them as the gangs continue to grow and the country descends into anarchy.

Right now, Pierre said, their faith in God is their only defense on the way to work.

"We pray. We trust the Lord every day. If today something doesn't happen it's because of the Lord's grace. That's everyday," Pierre said.