According to a Dallas attorney, the man who shot and killed an Austin protester on July 25 was working as a rideshare driver that night. 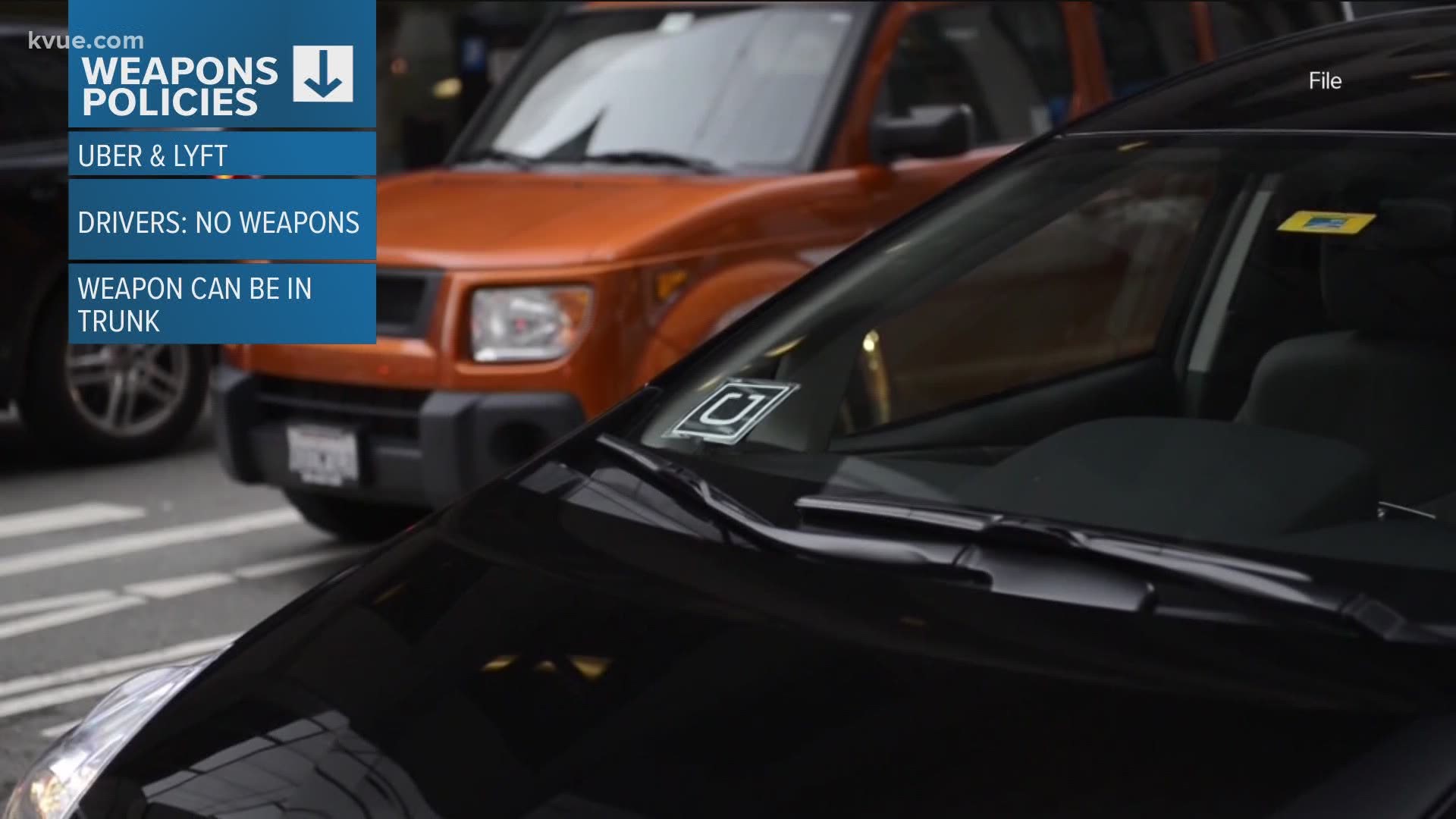 AUSTIN, Texas — On July 31, a Dallas attorney identified the man who he said shot and killed Austin protester Garrett Foster on July 25. The attorney said Daniel Perry, an active-duty U.S. Army sergeant, was working as a rideshare driver at the time of the shooting.

According to the lawyer, Perry dropped off a rideshare customer near Congress Avenue before turning onto Congress Avenue near Fourth Street. It was there that the shooting occurred, when Perry claims Foster approached his car and raised his weapon at him.

Texas law allows licensed gun owners to carry their weapons out in the open or concealed. Police have said the driver had a permit to carry a concealed weapon, so he wasn't breaking the law by carrying his gun in his car.

But are rideshare drivers allowed to carry weapons when they're on the job?

Is carrying a gun during a protest legal? Explaining Texas firearm laws

The short answer seems to be no. Perry's lawyers confirmed on Aug. 3 that he was working for Uber, which has a policy that doesn't allow drivers to carry weapons except in one specific circumstance.

Uber's firearms policy states it prohibits all riders and their guests, drivers and delivery partners from carrying any kind of firearm while using the app "to the extent permitted by applicable law."

Uber said the only situation where it would allow a firearm while using the app is if "you are transporting your firearm in accordance with the Transportation Security Administration rules for transporting firearms and ammunition," meaning the weapon would need to be unloaded and locked in a hard-sided container in the vehicle's trunk.

On the safety policies page of Lyft's website, the company states it has a strict "no weapons" policy that applies "when you are doing business as a representative of Lyft, which includes times that you are driving for Lyft, as well as times that you are visiting a Lyft Hub."

The policy goes on to state that "even in places where it is legal to carry a weapon, we ask that you do not carry a weapon on any Lyft property." The policy includes any form of firearm.