LIST: These Austin-area restaurants are opening for dine-in on Friday, May 1

Restaurants will only be able to maintain up to 25% occupancy, Gov. Abbott said. 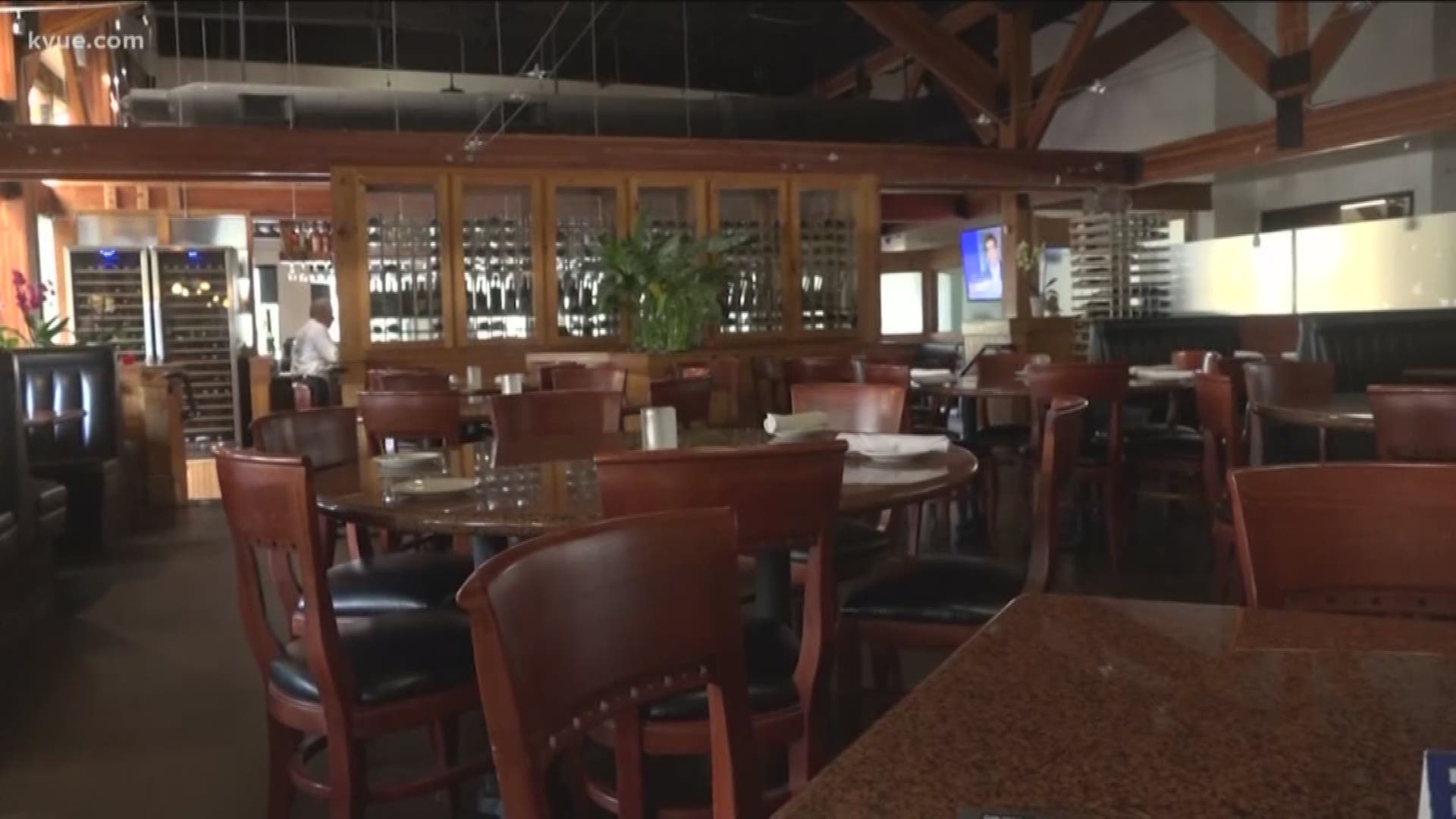 AUSTIN, Texas — Gov. Greg Abbott said that some Texas businesses will be able to reopen their dining rooms on Friday, May 1, and restaurants were one of them.

All Texas retail stores, movie theaters, malls and restaurants will be able to open their doors again starting on Friday, but they'll only be able to maintain up to 25% occupancy, Gov. Abbott announced on Monday, April 27.

Here are the restaurants in the Austin area that will reopen dining rooms:

Restaurants must have disposable menus and employees have to serve customers at buffets. No more than six people can sit together at a table, and tables must be at least six feet apart, Gov. Abbott said.

While some restaurants are opening their doors again, other restaurant owners told KVUE they're not ready to reopen yet due to health concerns.

While some Austin restaurants gear up to open, others say it's not worth it

In an interview on KVUE, Gov. Abbott had a message for those who are afraid to go out.

If you know of any other Austin restaurants reopening for dine-in services on May 1, let KVUE know by emailing kvuedigital@kvue.com.