The Kleberg County Sheriff's Office reported the couple was last seen at the Padre Balli Park on October 14. 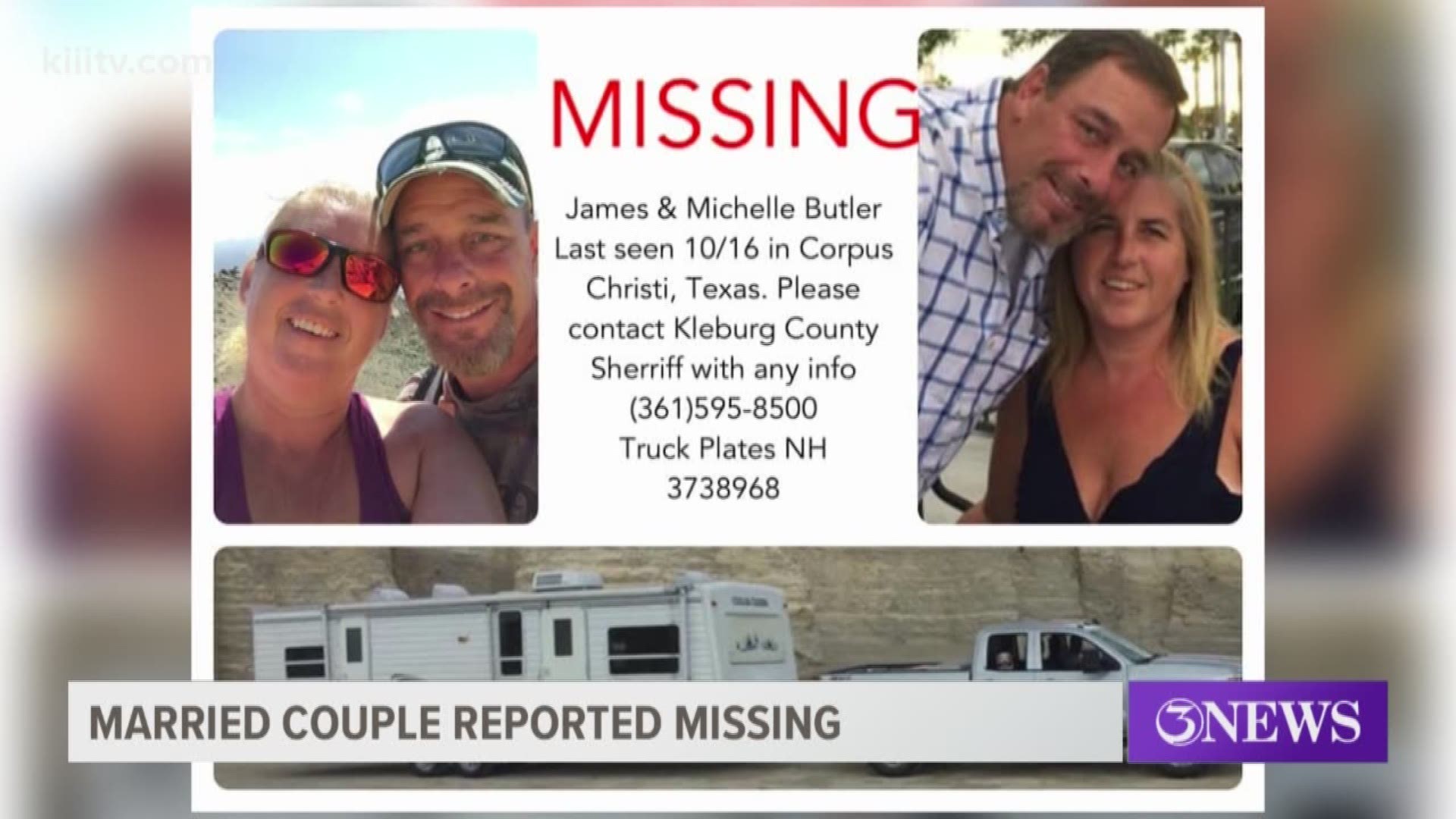 CORPUS CHRISTI, Texas — Authorities are asking for the public's help in finding a missing married couple.

According to a press release from the Kleberg County Sheriff's Office, 48-year-old James Butler and 46-year-old Michelle Butler have not been heard from since October 14th.

The couple's last confirmed location was at the Padre Balli Park around noon. Family reported to the Sheriff's Office that the Butlers were likely headed to a part-time job in Forst Lauderdale, Florida. They were supposed to get there on November 20th, 2019.

After seeing the alert on Facebook, Jason Ream from Corpus Christi decided to join the search effort. He said he's decided to drive along the beach near Padre Island National Seashore to search for any signs of the couple.

"I try to picture in my mind what it would be like if i was with my wife and something happened to me down there, and you know that thought runs through my mind sometimes when we're going down there that I hope nothing happens and if it does I hope somebody does something for me," Ream said.

The couple's license plates on their truck and trailer both read from New Hampshire. Ream's theory is that out-of-towners may not be aware of how dangerous the beach can get. He said maybe the couple drove into a lesser populated area of PINS and don't have cell service to get help.

Anyone who has information regarding Mr. and Mrs. Butler's whereabouts are urged to call the Kleberg County Sheriff's Office at (361) 595-8500.