Underwood's Foundation partnered with Biophysics Corp to surprise a 13-year-old girl with an AffloVest, a device that will improve her every day treatments. 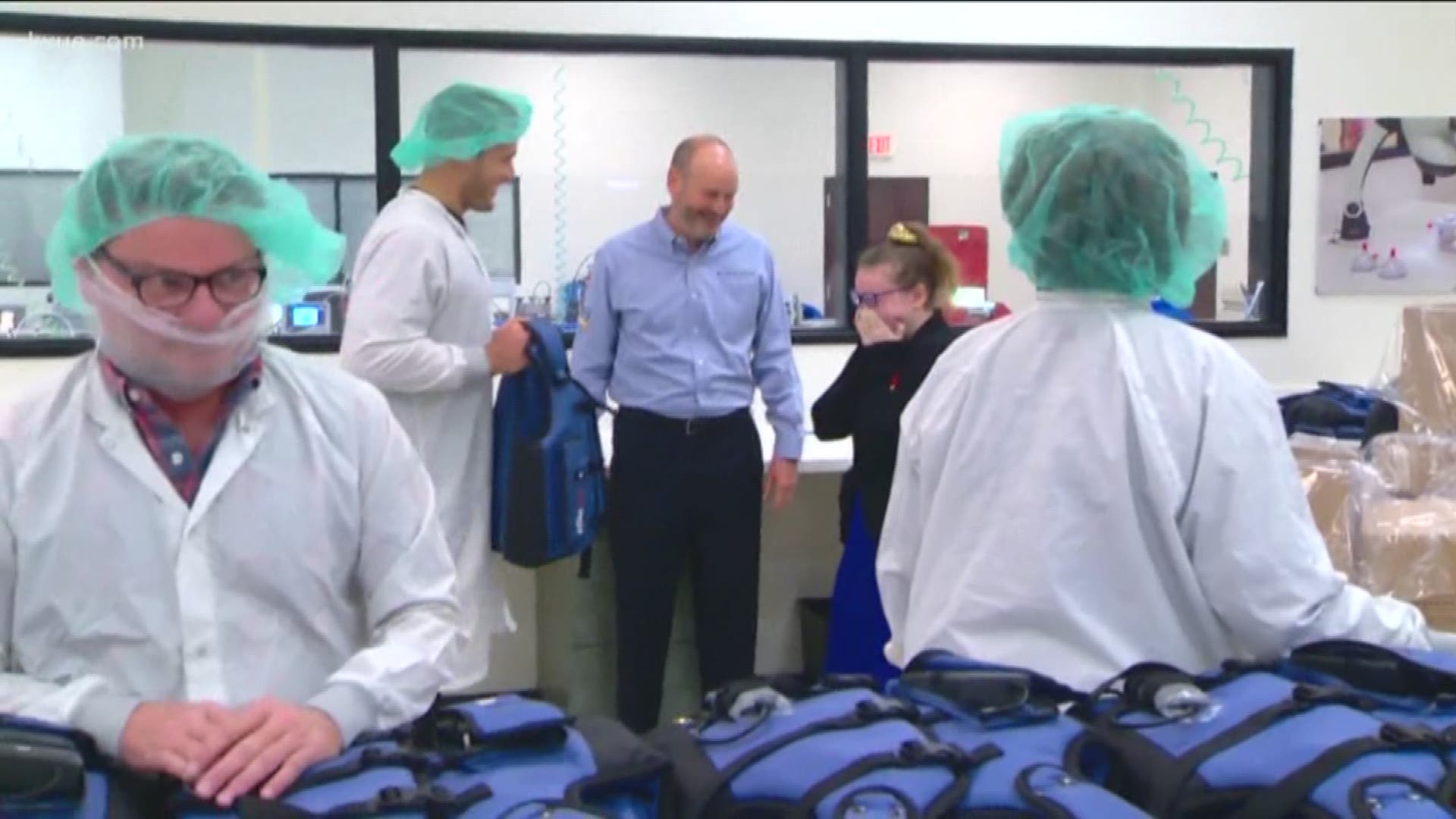 AUSTIN, Texas — When 13-year-old Jovi Phillips hopped on the plane with her mother from Illinois to Austin, they knew her life was changing for the better. Jovi would be receiving an AffloVest to help with her treatments for Cystic Fibrosis (CF).

What they did not know was that Colton Underwood, from Season 23 of ABC's The Bachelor and a former NFL player, would be the one handing it to her.

Underwood's non-profit, The Colton Underwood Legacy Foundation, in partnership with International Biophysics Corporation, has made it their mission through the "Legacy Project," to provide an AffloVest to 50 individuals with Cystic Fibrosis.

CF is a progressive, genetic disease that causes a build-up of mucus in various organs and persistent lung infections, and limits the ability to breathe over time, according to the Cystic Fibrosis Foundation.

An AffloVest is a type of airway clearance therapy used to help loosen and mobilize mucosal secretions in CF patients.

Individuals who receive the vests are picked based on nominations, according to Underwood.

Jovi was nominated by more than 75 people to receive an AffloVest from the foundation, but unfortunately, she did not receive the vest during the foundation's first visit to Illinois.

"This vest is pricey at times and insurance doesn’t always pick it up, so we look to help any way we can," Underwood said.

With dozens of nominations, Underwood said, in the spirit of the holidays, they could not pass her up.

"She knows she's getting an AffloVest, so today is a special day for her anyway. But hopefully, I can meet her, get to know her and spend some time with her," Underwood said before the surprise.

The organization flew Jovi down to the Biophysics Corp headquarters in Austin, where she would receive the vest.

Underwood likes to make his visits fun and decided to keep it a secret that he was coming. Instead, he surprised her by dressing up as an employee and revealing his identity when he handed her the vest.

"I was super excited to get my vest. I didn't know Colton was going to be here," Jovi said.

An emotional Jovi teared up when she realized what was happening.

"I probably would be able to move around more in the house, you know, instead of sitting on my bed doing my treatments," she explained.

So far, the foundation has given out just under 20 vests across the U.S. The goal of his foundation is to directly impact families' lives who are dealing with CF.

"I want to meet the people who are battling and fighting for their life every single day, and I want to sort of help as much as I can," Underwood said.

Underwood started his foundation in 2016 in honor of his cousin, Harper, who has Cystic Fibrosis.

There are multiple ways to help support this non-profit, including purchasing T-shirts, donating directly online, or buying raffle tickets for Underwood's Jeep.

More on information on how to do this can be found on the organization's website.

Residents band together to stop removal of 104 trees, Williamson County says it's too late