We visited Balcones to learn about how they operate and their new whiskey coming out next month. 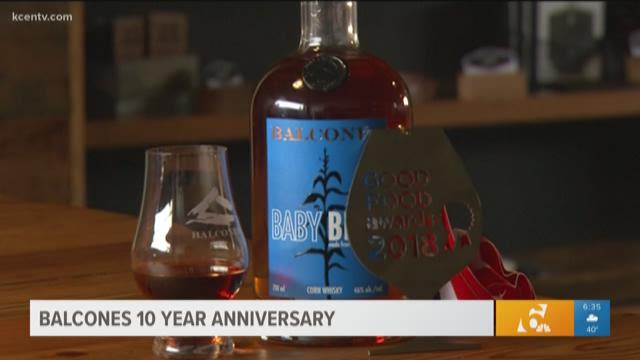 In 2011, Balcones Distilling purchased the Texas Fireproof Storage Co. Building after realizing it was time to expand the business.

The building, built in 1923, is nearly 25 times larger than its first distillery. Balcones finally broke ground on transforming the old building into its new whiskey distillery in 2014.

Channel 6 visited Balcones to learn about how it operates and its new whiskey coming out next month.

Jerod Himstedt is a Baylor graduate and head distiller at Balcones. The business has gone far under his leadership.

Balcones now has more than two dozen full-time employees at its 65,000 square-foot facility and some of the most incredibly-built fermenters and copper pot stills.

“We approach what we do somewhat traditionally, there’s always some innovation, experimentation, but in general it feels like this is our trade,” Himstedt said. “we try to be diligent and do the best jobs we can, and bring the best whiskey we can to people.”

Making a good blend of alcohol takes plenty of patience and time. Some of the barrels at Balcones have been aging for four years.

Winston Edwards, distillery ambassador and brand manager said Balcones will be releasing two versions of its new rye whiskey. Attendees of its RyeFest will have an opportunity to purchase the product.

“We have our 100-proof edition and our cast strength edition will only be available at this event on March 10,” Edwards said. “So, if you want to buy that whiskey this year, you’ve got to come to the event that day.”

Awards have been piling up for Balcones. It has received nearly 300 so far and won an award recently.

Edwards said its competition also had a spirits division and it was one of 10 winners in that category.

At the end of the month, the Icons of Whiskey Awards, voted on solely by the industry, will be announced and Balcones is up three times for best craft producer. Himstedt is up for Distillery Manager of the Year and Edwards for American Whiskey Ambassador of the Year.

Tickets are on sale now for RyeFest. For more information, click here.