The contest will feature more than 350 competitors, with a wide variety of backgrounds, from 2020 Olympic hopefuls to people in their 80s. 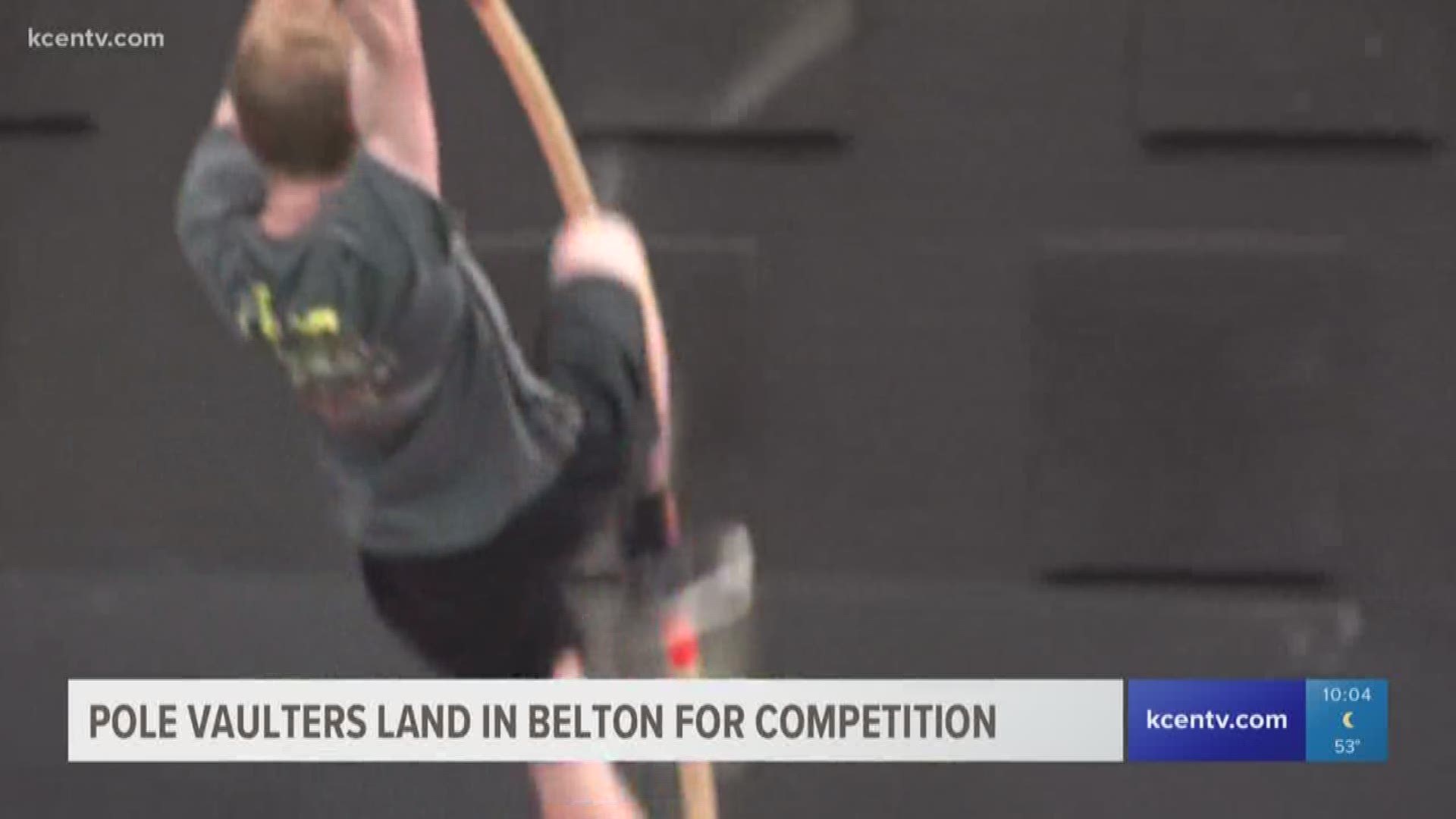 BELTON, Texas — The second largest pole vaulting competition is launching Friday and will wrap on Saturday at the Bell County Expo Center.

The 10th annual Texas Elite Pole Vault Competition will showcase more than 350 vaulters, with skill levels varying from high school, all the way to the pro level.

Texas Elite owner Jack Chapman said all kinds of competitors are attracted to this event, from 2020 Olympic hopefuls, to beginners jumping 5 feet and masters in their 80s.

"Anytime anybody asked me what I wanted to be when I grow up, and I want to go to the Olympics," Colorado pole vaulter Alexandra Pevtsova said. "I have had a lot of friends that have competed here, and I'm just happy to be a part of it."

Pole vaulters said they agree that rocketing up to heights of 18 feet isn't exactly the safest sport to specialize in.

"It's kind of dangerous, I have broken both of my ankles," Cole Newman from Georgetown said.

"It's kind of a freak accident," Pevtsova said. "I grew up in track and field."

"I would say over 50 percent of people were previous gymnasts," Johnigan said.

Vaulters said that the rapid fire nature of the sport is what makes it so thrilling.

"It all happens so fast," Newman said.

"It's bending and then it is just rocketing you off the type," Johnigan said.

The athletes' goal is to clear the bar they set after months of training.

"All that struggle and grind you've been doing, and just put it into the real world and see what happens," Pevtsova said.

Chapman said in hosting year 10 of the event, not only was the bar shattered, but it also transformed.

"It's beyond my expectations, I never believed we would meet this magnitude," Chapman said. "You're going to see the best of the best. You are going to see some great talent here."

Pole vaulters have a special camaraderie, despite the individual nature of the sport, Chapman said.

"We loan competitors equipment during the competition all the time," he said. "You know cause everybody is just as proud of the other successes as they are of their own."

Chapman said the joy the competition brings is why he's so committed to the sport.

"It's about the kids having fun, that's why we host it," he said.

Tickets are available at the Bell County Expo Center website. The cost is $5 for adults and $3 for kids.